Welcome to the second BATMAN ON FILM Mailbag for the month of July 2019! Thanks for all the questions, so let’s get to answering them.

Oh yeah, if you missed the previous mailbag, CLICK HERE to check it out! – Bill “Jett” Ramey

Within the Batman movies do you think there is a game plan for them to connect (just in the world of Batman)? Possibly a villain that is orchestrating everything that culminates in the third film? Or do you think these will be more like the old Batman films only loosely connected and each its own story?

JETT SAYS: I believe that Reeves’ Batman films will “connect” to each other, absolutely.  With that said, I do think each will stand alone as a “film.”  I’m thinking they’ll connect more like the films of THE DARK KNIGHT TRILOGY did as opposed to the 4 Burton/Schumacher Batman movies.

Jett, do you think we will ever see that Nightwing film that Chris McKay was going to direct?

JETT SAYS: I think it’s highly unlikely that is going to happen.  Too much as changed with DC on film at Warner Bros. since that project began — and it really never got very far anyway.

Do you think Michael Giacchino will score the new Batman film? He’s a great composer/conductor like Danny Elfman, Hans Zimmer, and John Williams.

The #ReleaseTheRedDiaryCut hashtag is just for ball-busting, but isn’t the possibility of us getting that version of Batman Forever way more likely than getting the Snyder Cut of Justice League? #BatmanOnFilmMailbag

JETT SAYS: Who says I was ball-busting? 😉

I’ll put it this way: All it would take to put together a “Red Diary Cut” of BATMAN FOREVER is to add some cut scenes and then re-edit the film.  Reshoots are not needed nor would any special effects have to be completed.

Oh yeah, it wouldn’t cost MILLIONS of $$$ to complete/re-edit.

And like it or not, BATMAN FOREVER was a big hit and people tend to forget that nowadays.  DC on film box office history, inflation accounted for… 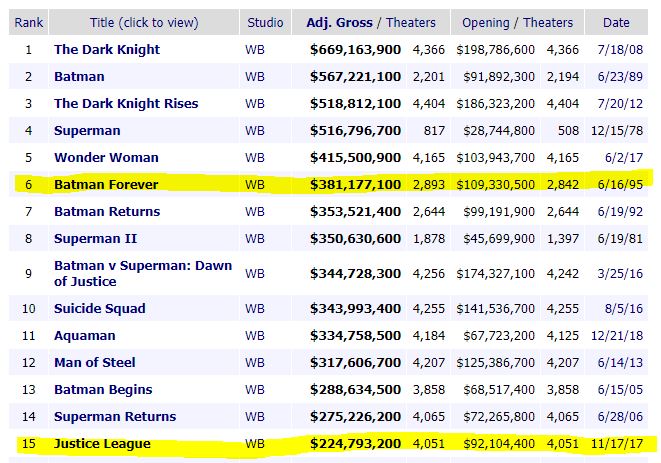 JETT SAYS: Grant, I’ve answered this before, but that’s OK brother because I’m here to educate.  Here’s the deal…

Forget about what came before (i.e. BATMAN v SUPERMAN and JUSTICE LEAGUE) and don’t worry about continuity.  As Warner Bros. has said, they are “less-focused” on the shared universe thing and are focused on individual solo films that are their own creative entity.  Also, they are not building towards some big team-up movie (i.e. JUSTICE LEAGUE 2), so the continuity and inter-film cameos and story threads aren’t needed and aren’t happening. 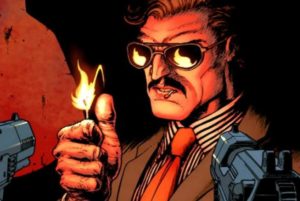 Hey Jett.  With the ”early-ish in his Bat-career/focus on the Detective” theme Reeves is doing, do you think we might get a ”Matches Malone” appearance in THE BATMAN? Or, possibly just some of the detective disguises that Bruce Wayne uses sometimes? Never really seen that angle on film and I think it could be cool. I’d love to hear your thoughts on it.

JETT SAYS: I’d be fine if Reeves busted out “Matches Malone” for THE BATMAN, though I won’t be disappointed if it doesn’t happen. But yeah, it could be something new and cool in the movie.  Regardless, I’m very excited for this movie and things should really be ramping up here soon!

If the upcoming THE RISE OF SKYWALKER is a success, do you see JJ Abrams direct a Superman movie in the future?

JETT SAYS: I don’t think the success — or lack thereof — of THE RISE OF SKYWALKER will have any impact on whether or not JJ Abrams directs a new Superman film.

Of course, JJ once wrote a Superman script for Warner Bros. (codenamed “Flyby“) that, well, wasn’t all that great and really deterred from the traditional Superman mythos.  So if he directs one, I’d rather someone else write the script.

Any truth to Joker getting a 70mm release? If so, will there be an Austin BOF watch party for that version? #BatmanOnFilmMailbag

JETT SAYS: I’m not sure about the 70mm release for JOKER, so I can’t really speak to that. As far as a JOKER watch party and where it may take place, we’ll make a decision on that soon sir! 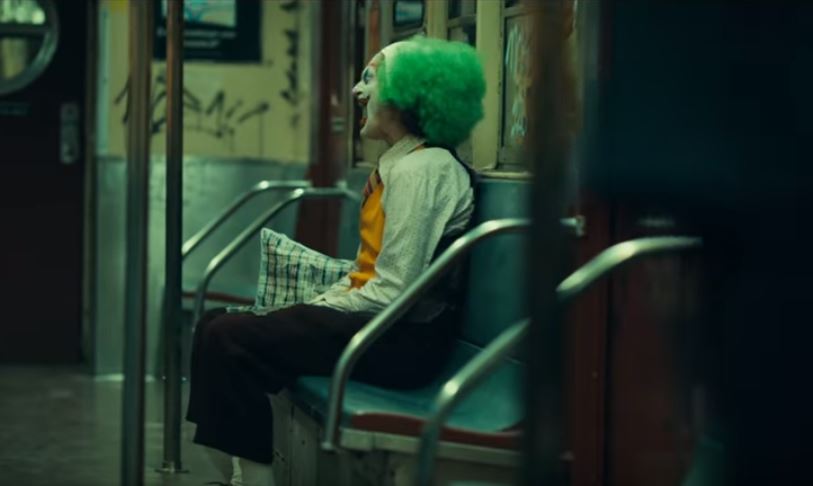 Hey Bill, there have been rumors that JJ Abrams or James Gunn could be the new godfather of the DC film world. Your thoughts? Also are you excited about BIRDS OF PREY?

JETT SAYS: Walter Hamada is the executive that oversees DC on film at Warner Bros. and that’s not going to change.  Those rumors are not true.

As far as BIRDS OF PREY, let’s say I’m interested in it, but I wouldn’t say that I’m excited.  I don’t think I’m in its target audience.

Not Batman, but Elvis…and I know you are a fan.  What do you think about Austin Butler being cast as Elvis in this new biopic?

JETT SAYS: I’m very excited for this film and a big-screen biopic of Elvis Presley is long overdue.  Don’t know much about Austin Butler, but it seems that he’s held in high regard for his acting chops (and singing chops too) and looks-wise, I definitely think he can pull off young Elvis.  Can’t wait!

#BatmanOnFilmMailbag How much longer until more castings and general info about The Batman is announced?

JETT SAYS: Casting is underway as is preproduction, so THE BATMAN news could drop anytime.  I figure things will pick up after August and as we get closer to 2020.

Back when BATMAN BEGINS was being made (post-BATMAN & ROBIN), your mission was to help get good, quality Batman films made. Then we got it with THE DARK KNIGHT TRILOGY!  If you were to pick a cause for something else to rally for with a Batman film or any DC film, what would it be?

Well, the mission of lobbying for good, quality Batman films continues.  I want to see Batman on film get back on track after the BvS/JL stumble.  I believe that will happen with Matt Reeves’ THE BATMAN and subsequent sequels.

For something DC that’s not Batman, I hope Superman on film finds its “Christopher Nolan” and we get a damn good Superman movie trilogy someday…sooner rather than later.

JETT SAYS: What I mean by “imminent” is that casting news could come at any time now because they are in the middle of the casting process.  See my answer a couple of questions back.  Also, I’ve heard nothing about Alfred casting sir.

JETT SAYS: As I have said before, I personally have heard nothing about THE BATMAN being set in the 1990s other than the online rumors that everyone else has seen.  I have no idea why it would be set in that decade as it’s kinda nondescript, right?  I could see a Batman movie as a period piece set in the 1970s or 1939-ish, but I’m not feeling the 90s.

Will we see Pattinson’s eyes through the cowl or get the white eyes like in BATMAN v SUPERMAN? 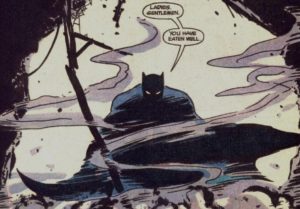 JETT SAYS: It was mentioned in one of the trade reports that when Pattinson (and Nicholas Hoult) tested in costume for Batman, Matt Reeves wanted to see how they used their eyes.  So I suspect that we’ll see Pattinson’s eyes while he’s wearing the cowl.

I prefer seeing the actor’s eyes while wearing the Batman cowl because they are such a BIG tool in their acting tool chest.  Hopefully, we won’t get the “white lenses” in THE BATMAN.

Look, I know that Batman has “white eyes” in the comics, but that’s mainly because historically,  artists didn’t have the time to put that much detail into drawing Batman.  Plus, the “lenses” in the cowl are relatively new and aren’t an iconic part of Batman’s costume.

It looks “cool” in the comics, but can come off looking goofy in a live-action movie.

Also, I don’t recall Ben Affleck’s Batman with white eyes in BvS other than in the armored suit, not in the “regular” Batsuit.

Is Ana de Armas actually in the mix or is she just your personal favorite?