Skip to content
In Guardians of the Galaxy, we learned that Thanos was responsible for killing Drax’s family. However, despite his vow to kill the Mad Titan, the hero never really managed to do much at all to him in Avengers: Infinity War or Avengers: Endgame and it sounds like Dave Bautista wishes things were different.

During a recent interview to promote Stuber, Bautista was asked where he thinks Drax could go next in Guardians of the Galaxy Vol. 3 and pointed to him needing a new foe to focus his attentions on.

“I don’t know,” the actor admitted. “I think he’s going to be a little unsatisfied he didn’t kill Thanos himself. I thought about that a long time ago. James [Gunn] is super creative, and he’s also a fan so he will dig through and come up with a new villain and something for Drax that I’m sure people will appreciate. He’s a genius.”

It will definitely be interesting seeing where Gunn takes Drax in the threequel and whether he decides to address the fact that Drax never got to take some measure of revenge against Thanos.

Do you think things should have played out differently for Drax in Avengers: Endgame?


To find out what was cut from the superhero
ensemble, hit the “View List” button below!

An Awkward Goodbye For Thor And Valkyrie 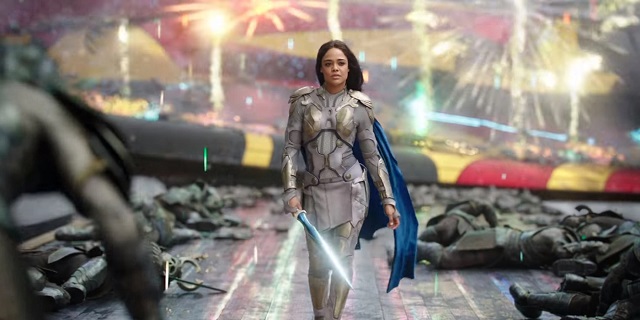 At the end of Avengers: Endgame, Thor leaves New Asgard in the capable hands of Valkyrie, but their farewell was originally going to play out quite a bit differently. According to Anthony Russo, she was going to put her arm on the God of Thunder’s shoulder, something he would have misread as a sign to lean in and kiss her!

This was actually shot, so there’s a good chance it will make it on to the Blu-ray as a deleted scene. As funny as it would have been to see, it was clearly one joke too many for the movie’s closing moments and it’s thought that the MCU’s Valkyrie is supposed to be gay. 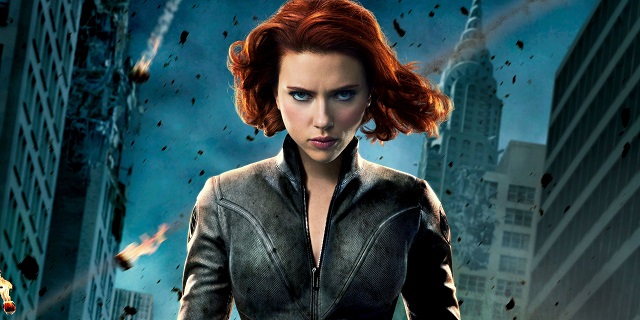 Avengers: Endgame had a lengthy running time of three hours, but the Russo Brothers still had to cut a lot of content in order to tell the story they wanted. That included scrapping plans for Black Widow to be running an organisation based in Washington DC that would have seen her helping the orphans left behind by the snap.

In terms of character development, this obviously makes a lot of sense, especially as Natasha was also orphaned as a child. However, the filmmakers scrapped the idea early on and instead decided to have her leading the remaining Avengers. Had they had more time, though, this would have made a very interesting plot thread. 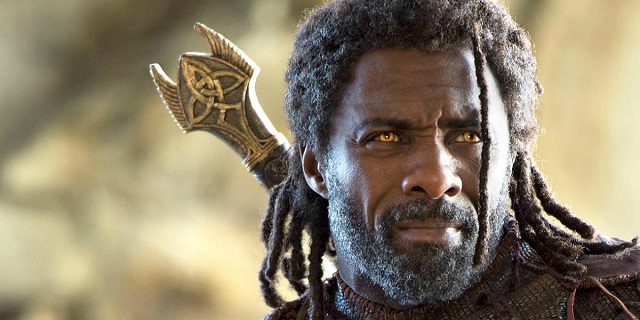 It’s hard to complain about the way this movie revisits the Marvel Cinematic Universe’s past, but we missed out on what sounds like an amazing sequence. Apparently, early ideas for Avengers: Endgame had Iron Man and Thor travelling to Asgard in 2013 in order to retrieve both the Power and Space Stones.

During that adventure, Tony Stark would have donned a stealth suit and gone head to head with Heimdall (who would have been able to see the Armored Avenger thanks to his unique abilities).

Thor, meanwhile, would have spent a little more time with Jane Foster. None of this got past the scripting stages, so don’t expect to see any of this when the Blu-ray is released a little later this year. 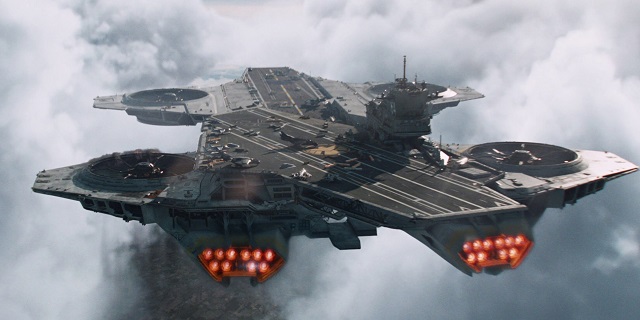 For quite some time, Avengers: Endgame‘s writers shied away from heading back to the events of The Avengers and that meant they looked at other key moments in the MCU for ideas on where the team could go in order to get their hands on the Infinity Stones.

At one point, we were set to see them break in to S.H.I.E.L.D. Headquarters during the events of Captain America: The Winter Soldier, a confrontation in the Sanctum Sanctorum with Doctor Strange, and some sort of underwater battle on Morag (which would have been a result of the team going too far back in time and getting to the planet long before Star-Lord did). 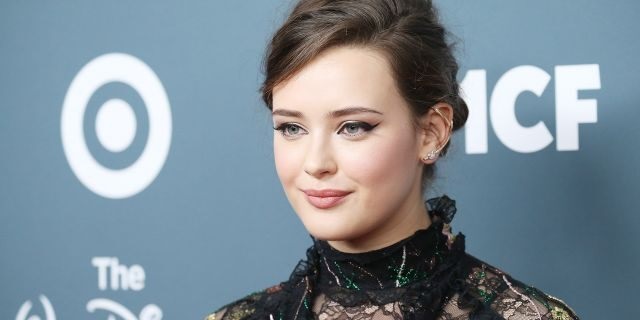 Another very real possibility for the eventual home video release of Avengers: Endgame, it was recently revealed that 13 Reasons Why star Katherine Langford shots scenes for the movie as an older Morgan Stark. After Iron Man used the Infinity Stones, he would have visited that mysterious Soul realm where Thanos saw Gamora and got to interact with his daughter as a grown woman.

“What we realised about it was we didn’t feel an emotional association with the adult version of his daughter,” Anthony Russo explained. “So it wasn’t ringing to us and resonating with us on an emotional level.” It’s a shame we didn’t get to see this in the final cut of the film but you can see why casual moviegoers struggling with the concept of time-travel might have been confused. 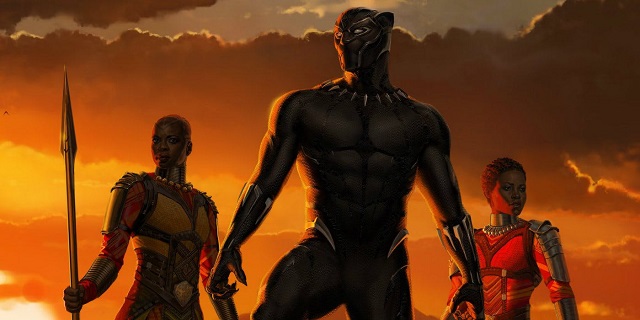 Avengers: Endgame‘s final battle is massive, and you’d best believe that a lot of scenes were shot that sadly ended up on the cutting room floor. Among them were a series of reunions which saw Earth’s Mightiest Heroes take a breather from the fight to catch up and attempt to formulate a plan.

“It didn’t play well, but we had a scene in a trench where, for reasons, the battle got paused for about three minutes and now there’s 18 people all going, ‘What are we going to do?’ ‘I’m going to do this.’ ‘I’m going to do this.’ Just bouncing around this completely fake, fraudulent scene,” writer Stephen McFeely explained, expressing his regrets regarding reunions we didn’t see.

Ultimately, you can see why they didn’t want to have the action too bogged down in conversations such as this, but we’ll hopefully get to see it in the form of some deleted scenes. 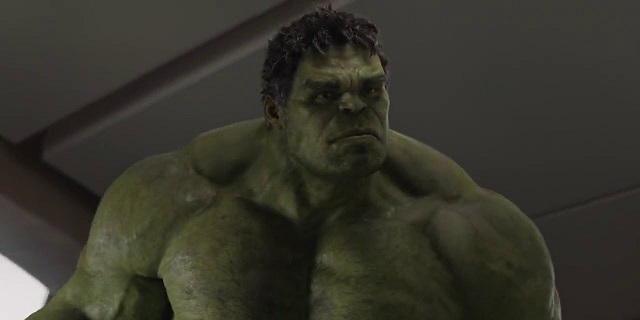 Once the filmmakers decided that they would return to the events of Avengers: Endgame, they then needed to figure out at what moment Earth’s Mightiest Heroes would arrive in 2012.

Well, editor Jeff Ford recently revealed that things kicked off with Iron Man flying through the Leviathan, a scene that was shown to test audiences but once again proved to be too confusing.

That means this was shot and could easily find its way on to the Blu-ray. Another option was reportedly the moment The Hulk smashes Loki, but it sounds like that was also too late. 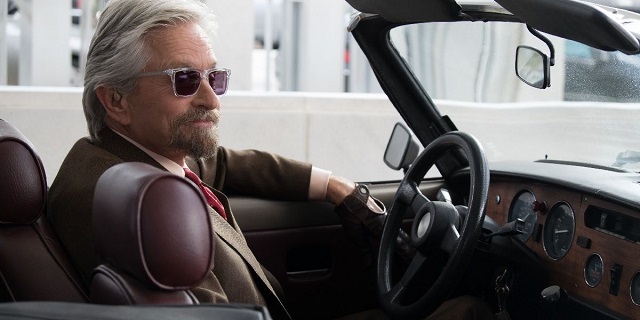 According to the movie’s writers, they did seriously consider having Hank Pym and Janet Van Dyne join the fight on the battlefield but with so many other characters to think about, they ultimately decided to leave them on the sidelines which is a genuine shame.

There have been reports that had Robert Redford been unwilling to reprise his role as the villainous Alexander Pierce, Samuel L. Jackson and Cobie Smulders would have instead confronted Tony Stark as Nick Fury and Maria Hill in a bid to regain the Tesseract. 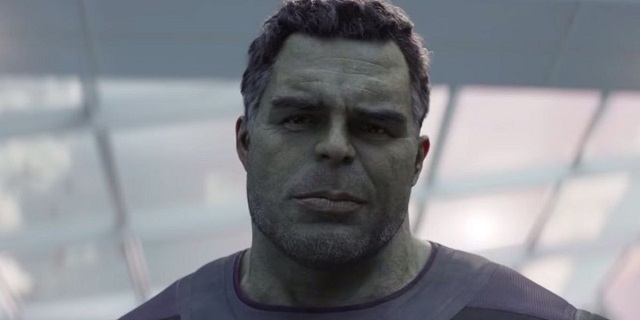 Avengers: Endgame‘s writers have revealed that there was a time when Bruce Banner was going to transform into Smart Hulk during Avengers: Infinity War‘s final battle in Wakanda. That ultimately changed, and when it came time to figure out how they would introduce this new version of the Jade Giant in the sequel, they struggled to find a way to make that happen.

Apparently, one possibility was to actually show the Green Goliath in his lab, figuring out how to combine his intelligence and strength. It doesn’t sound like those scenes got past the scriptwriting stage, and they later decided to cut straight to his new persona in that diner while he tucked into breakfast alongside Captain America, Black Widow, Ant-Man, and some big fans! 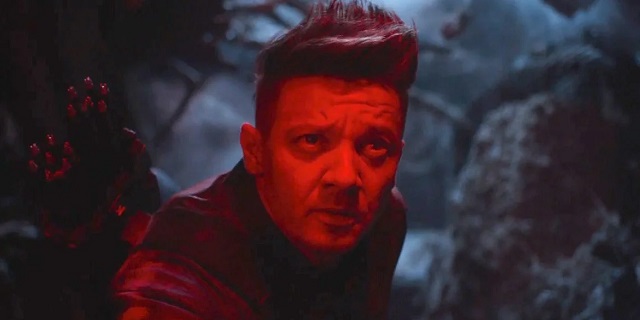 Originally, it was going to be Hawkeye who sacrificed himself on Vormir in order to get the Soul Stone but the writers quickly realised that that was the wrong direction to take things in, especially after a number of women working on Avengers: Endgame expressed their disappointment with the idea to take such a big moment away from Black Widow.

Interestingly, the entire sequence was actually going to be very different, and the one we saw in theaters was a result of reshoots.

The original would have seen Thanos arriving on the planet to try and take the heroes out, with them then forced to try to fend off his soldiers while also battling each other to make that leap.


Continue reading below to check out some
recently released Avengers: Endgame promo art! 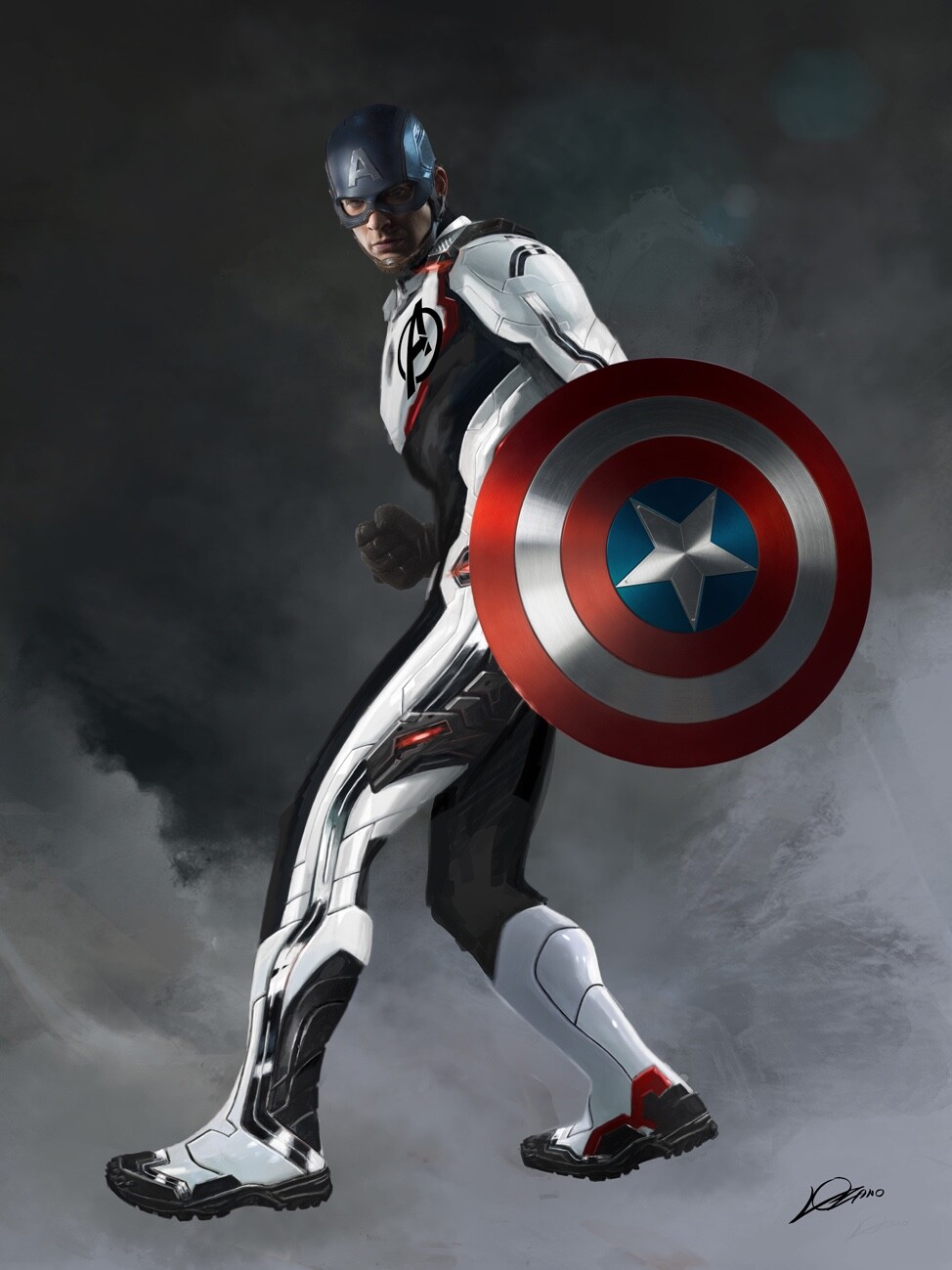 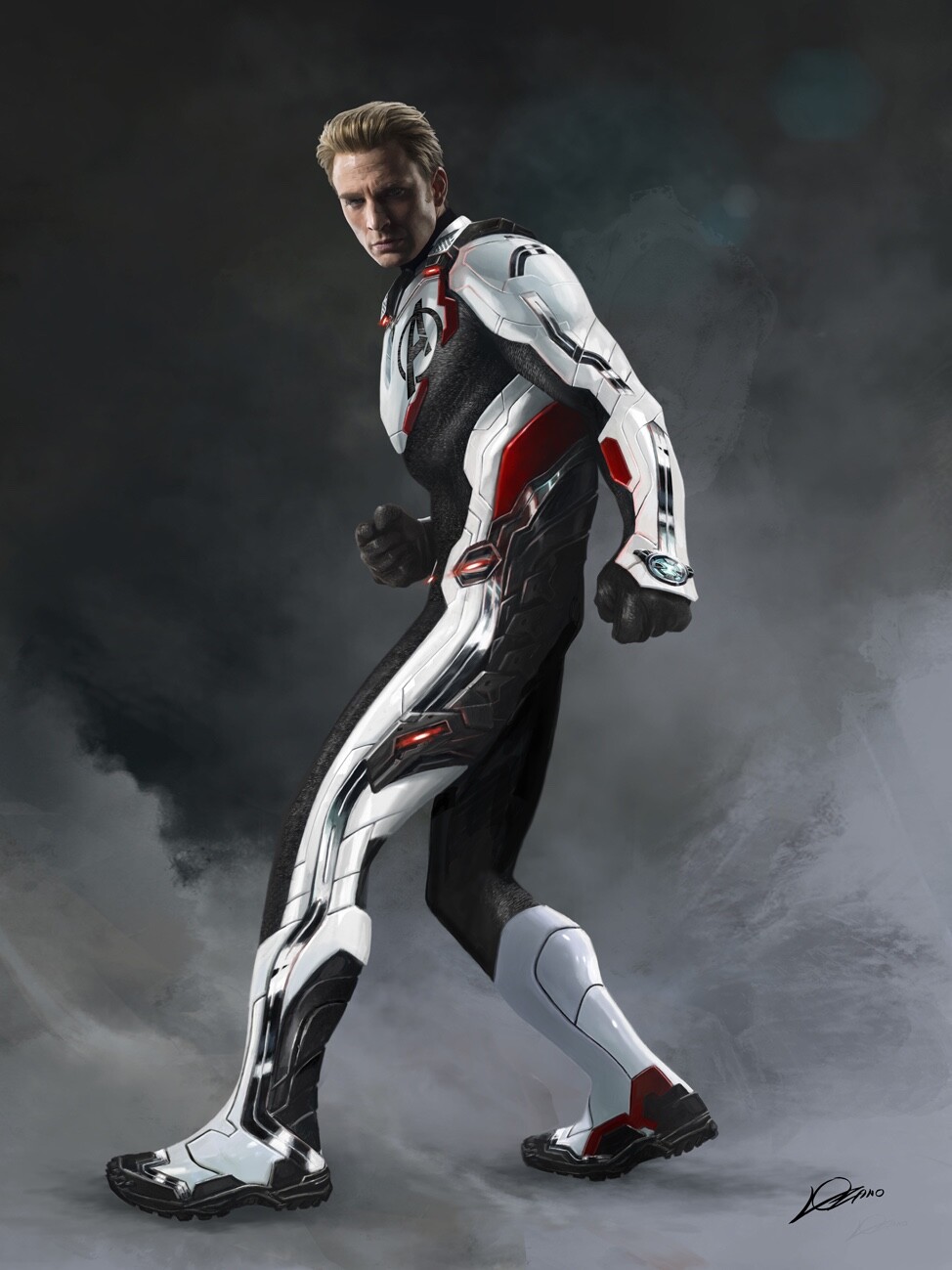 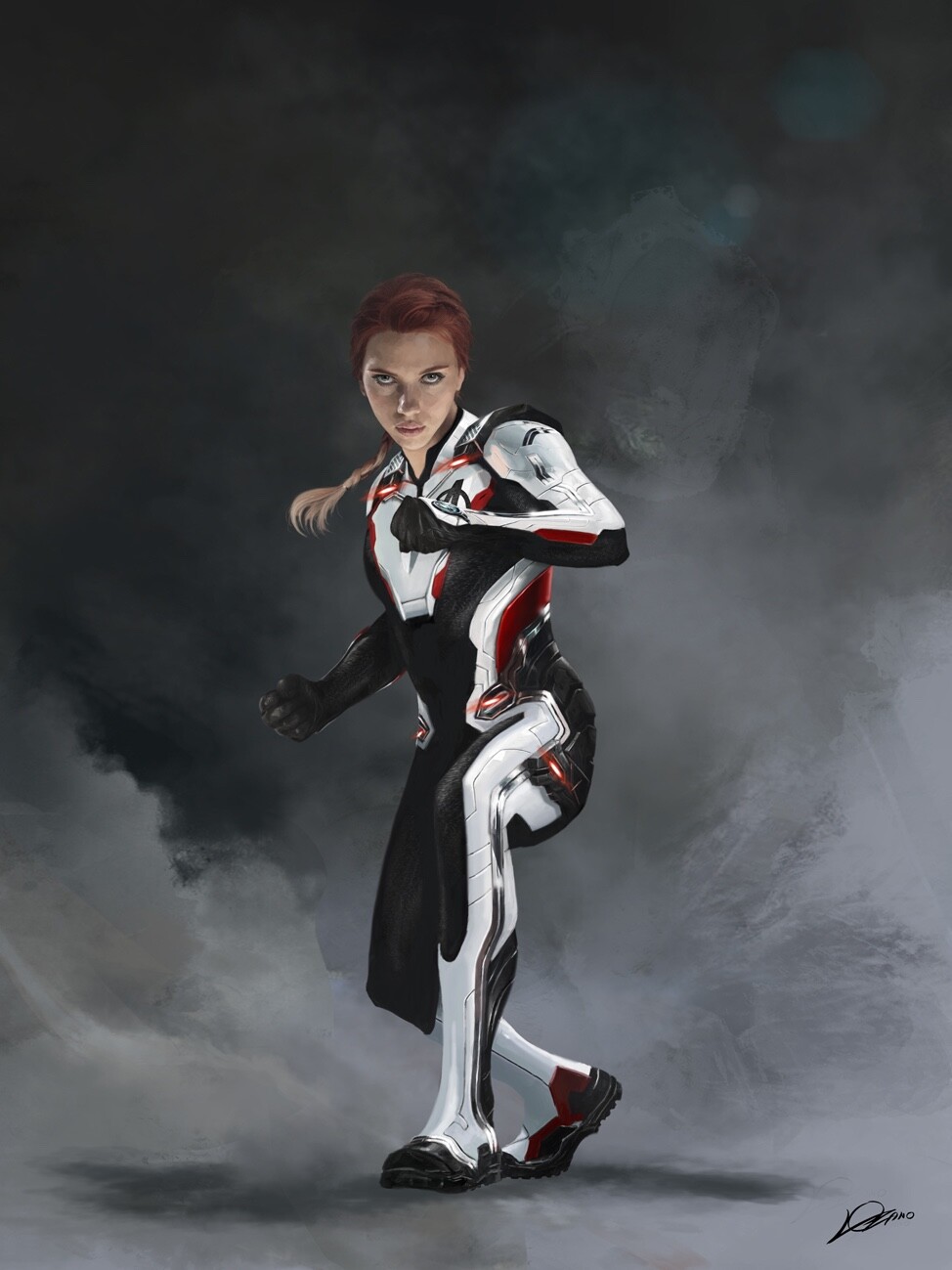 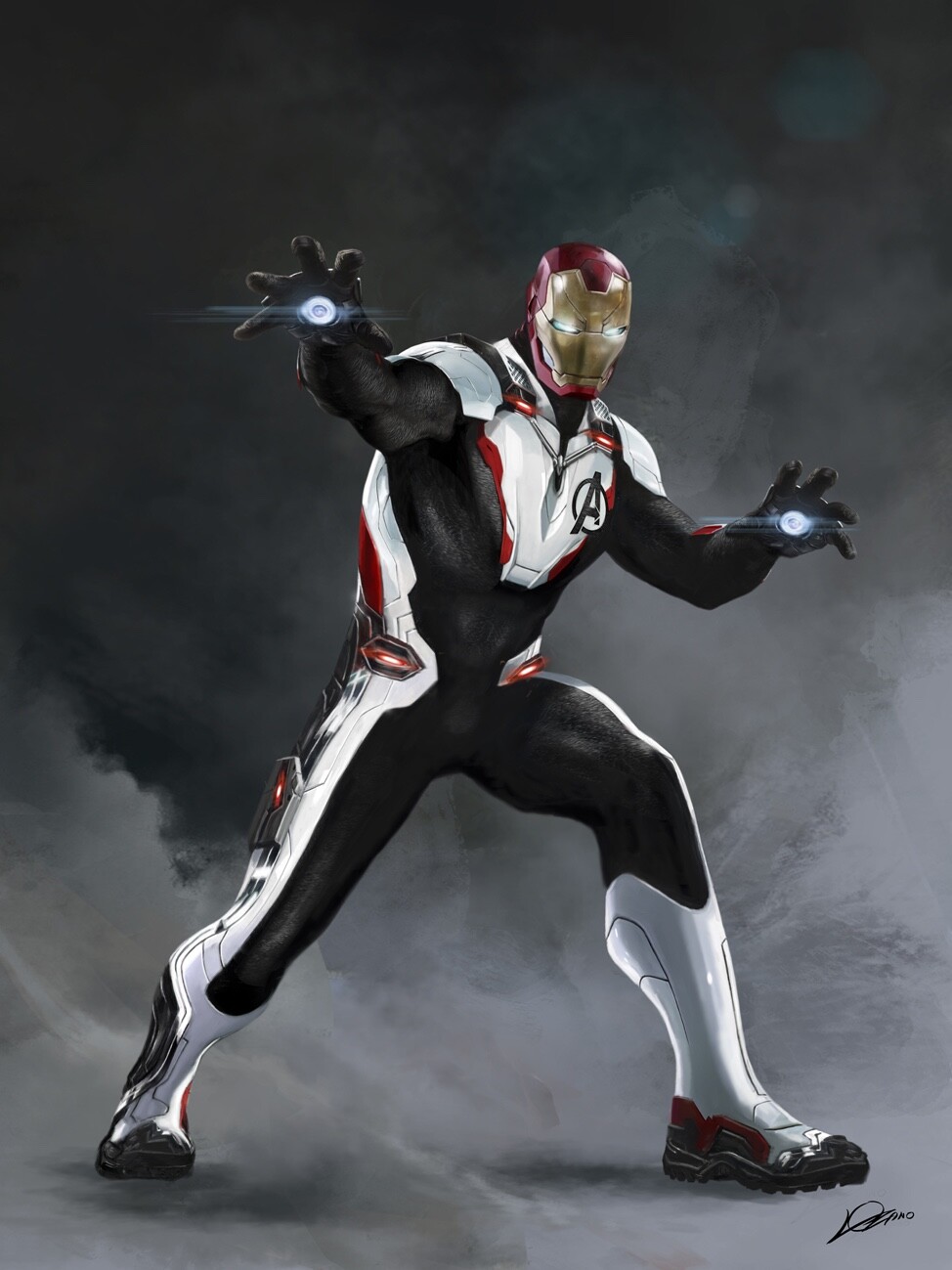 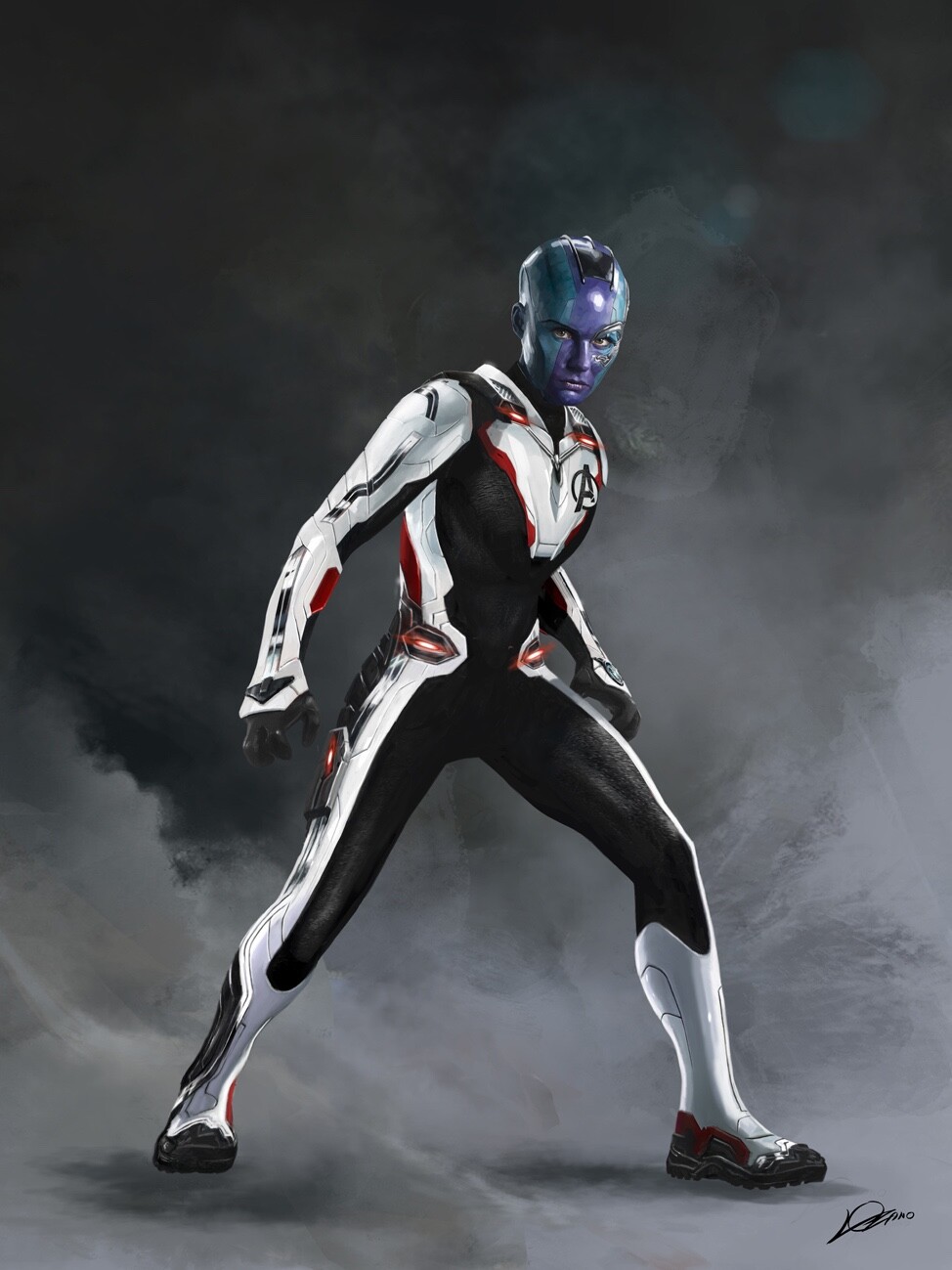 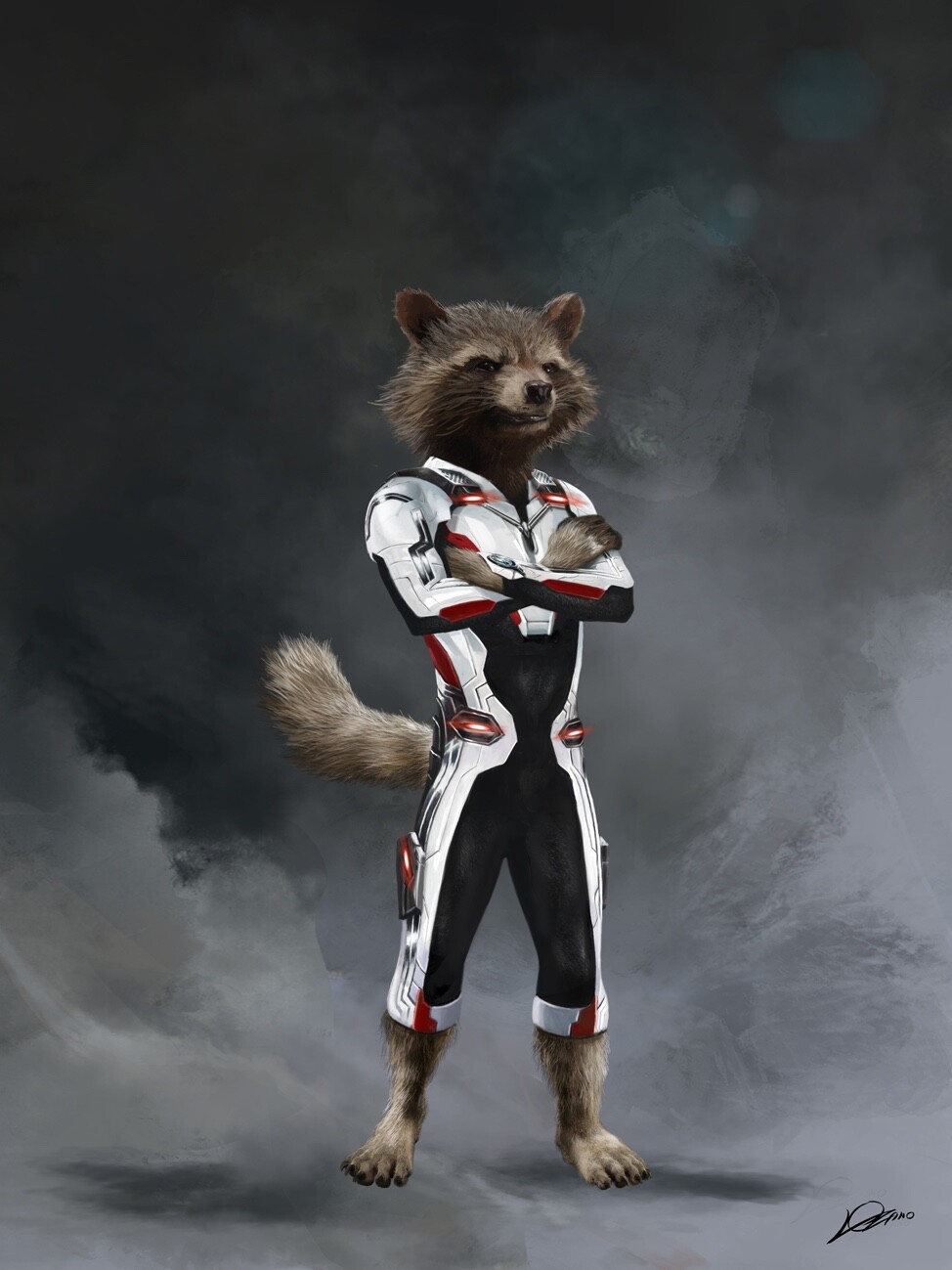 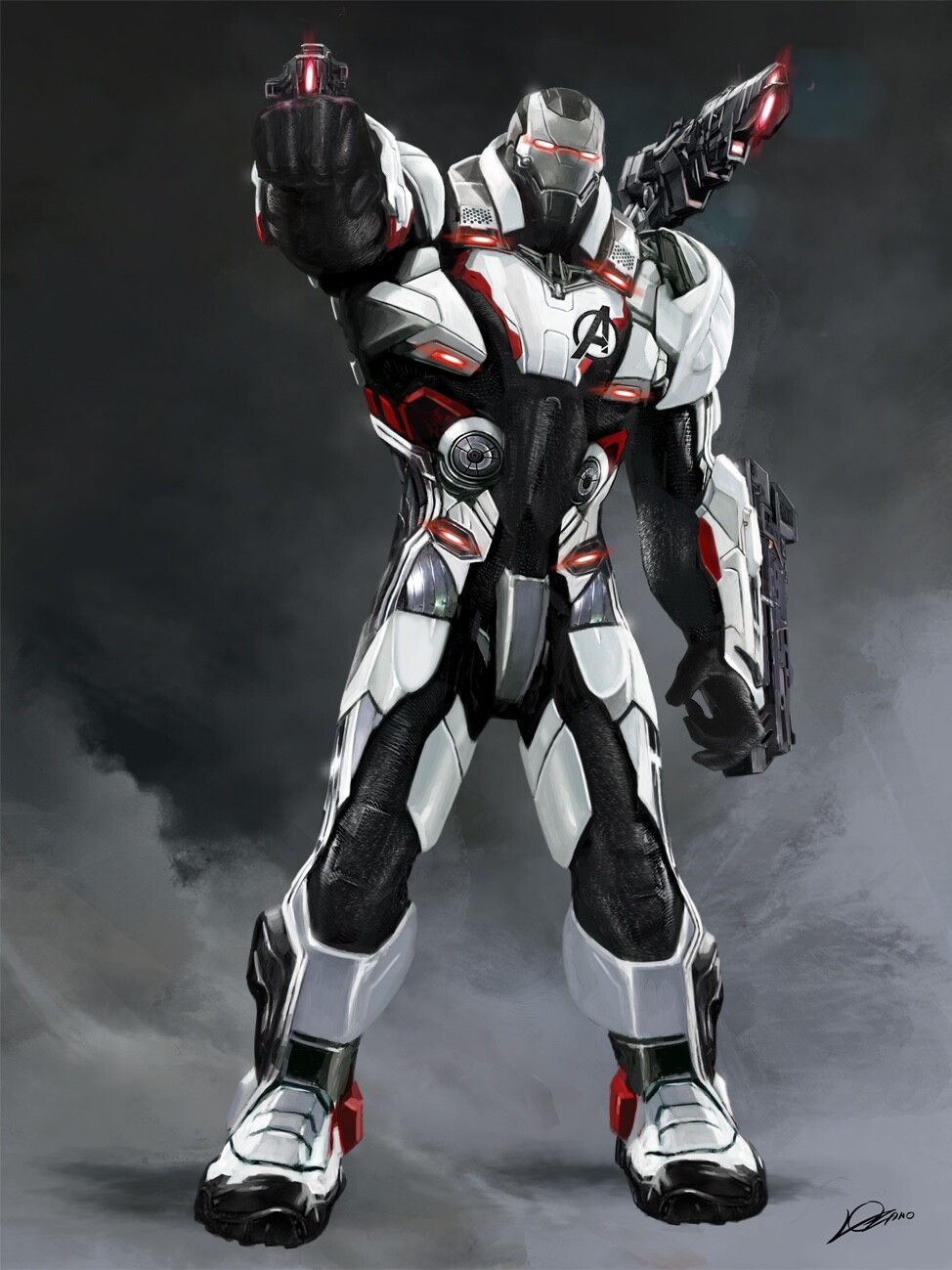 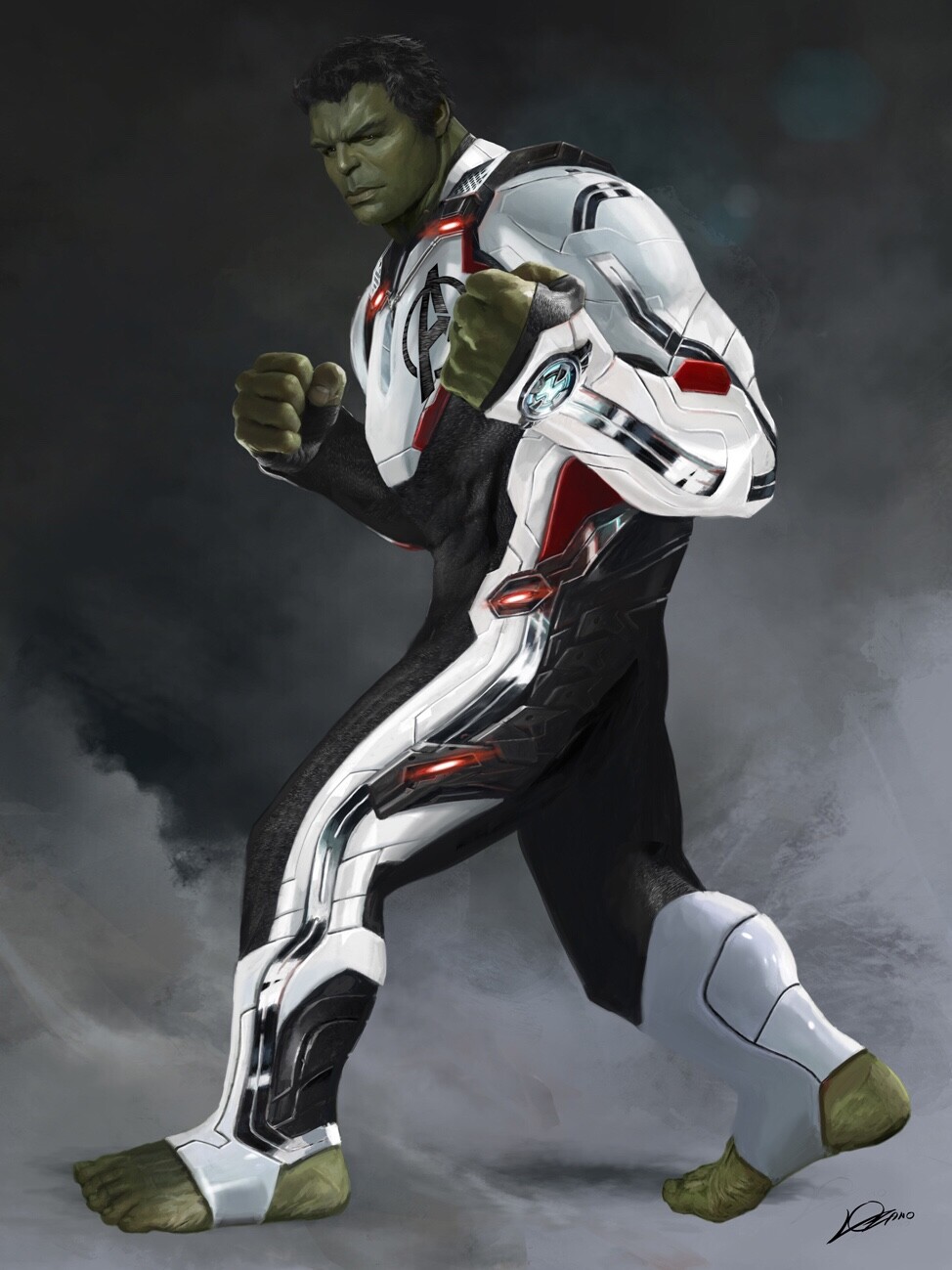 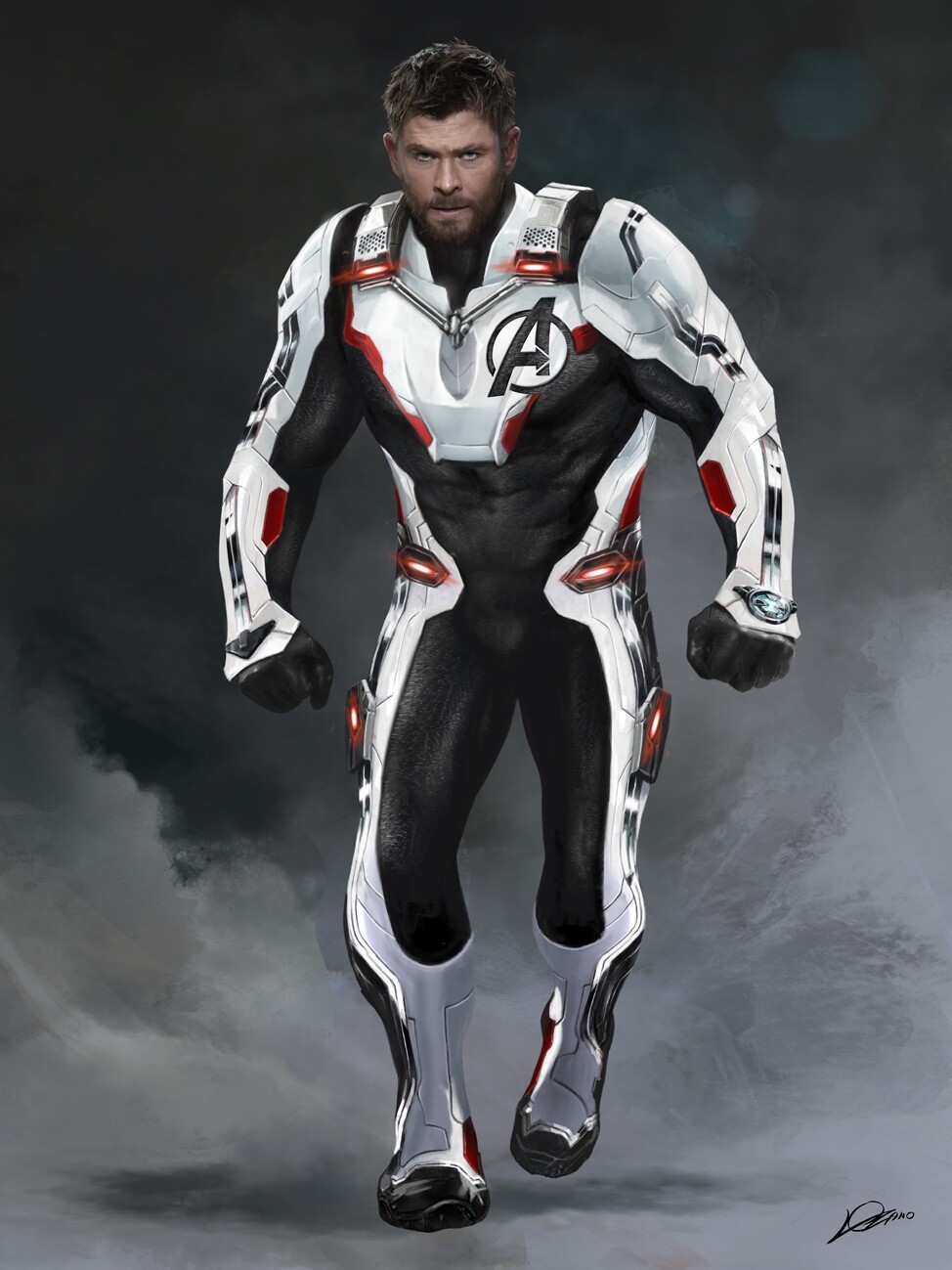 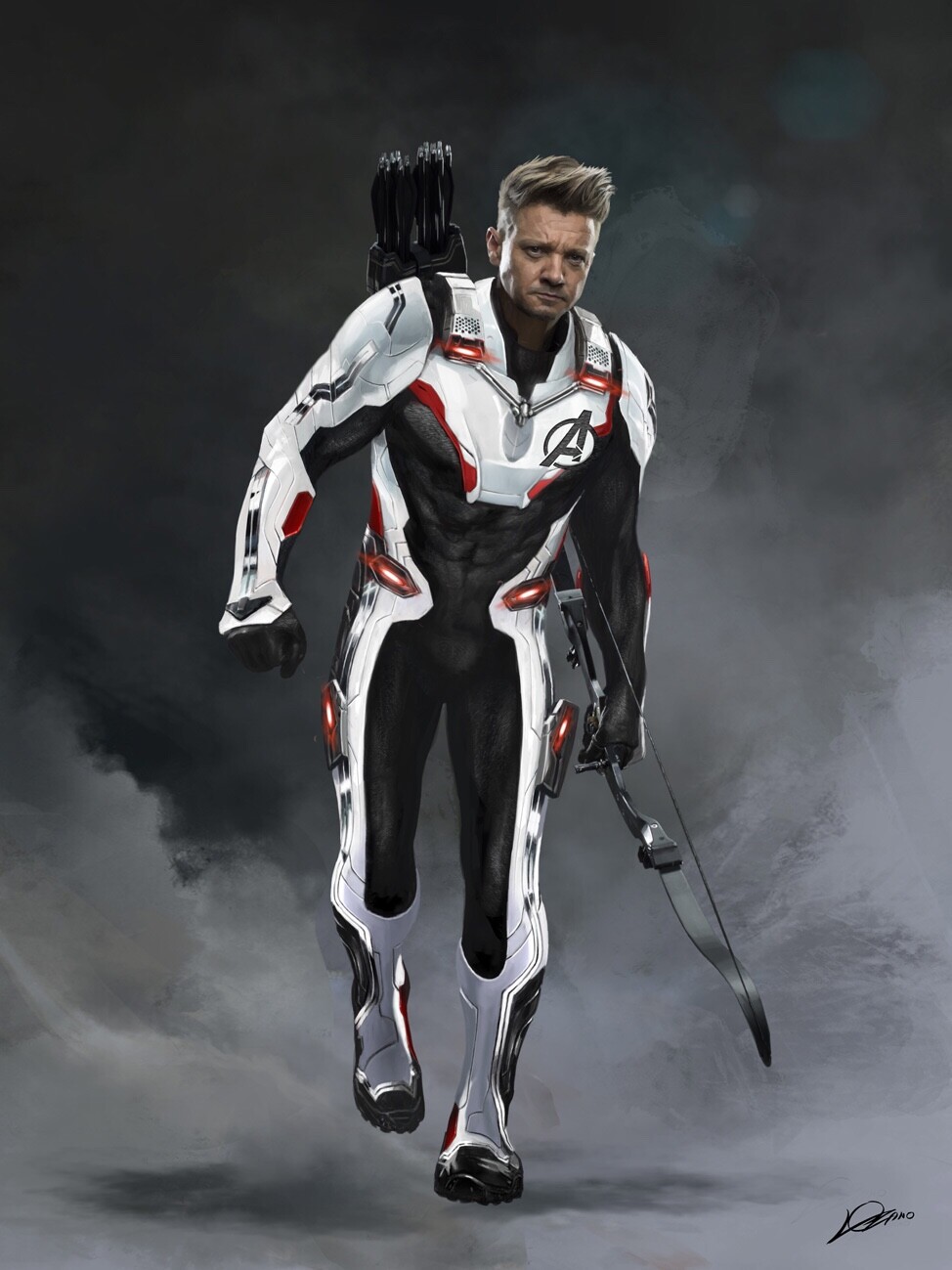 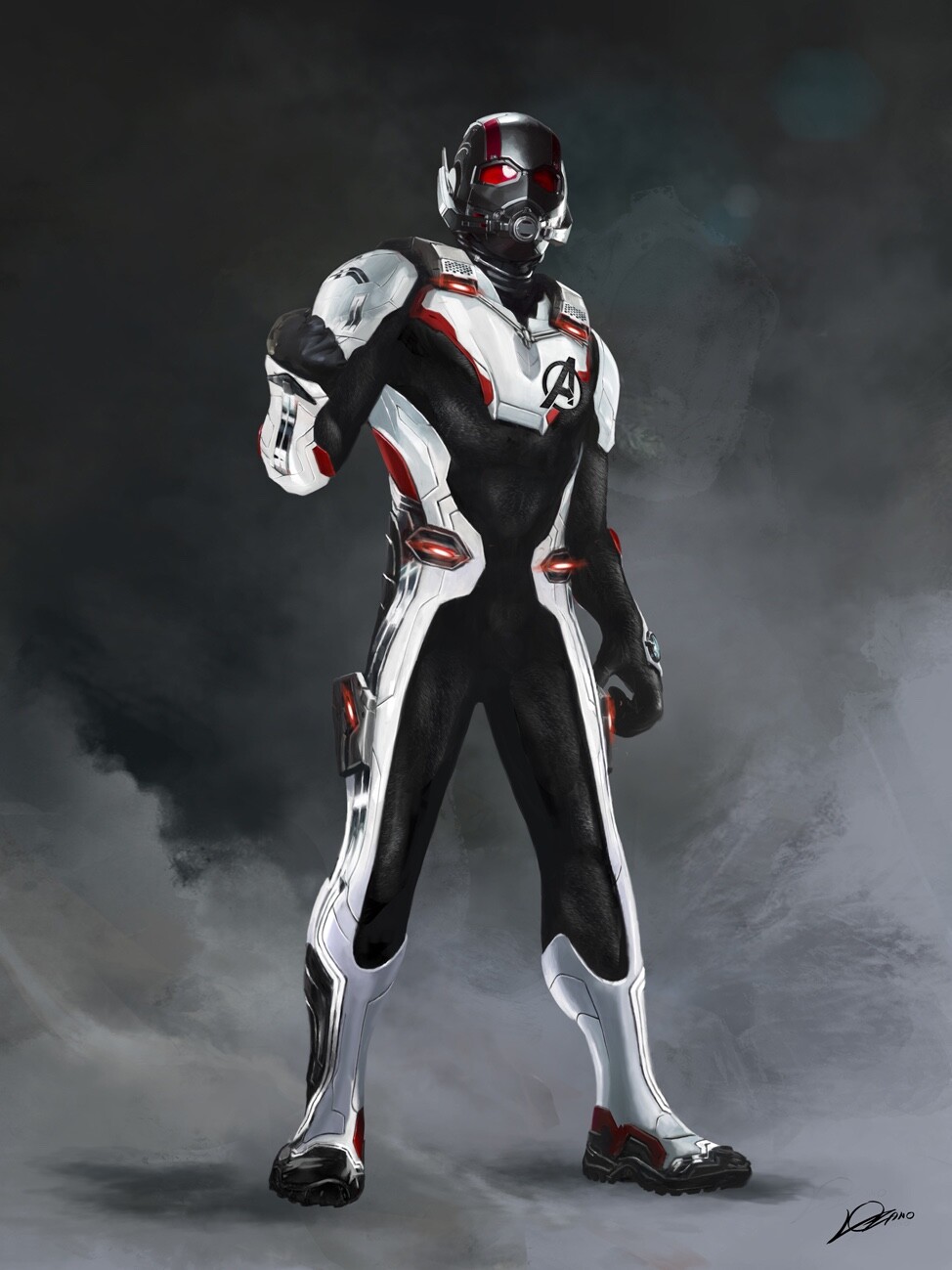