Skip to content
Captain Marvel put a lot of focus on the Kree and we got to spend quite a bit of time with the Supreme Intelligence. In the movie, it was explained that it appeared to people in a form that made them comfortable but comic book fans were left disappointed when its true face was never revealed.

Last year, Marvel Studios released the “Infinity Saga” box set which included a number of never before seen deleted scenes from the first 23 Marvel Cinematic Universe movies, including an unfinished sequence from Captain Marvel showcasing the Supreme Intelligence in his comic accurate glory.

The special effects are unfinished but Marvel was clearly going to follow the source material and this would have been amazing to see in a live-action setting. We’ve never had an explanation about why it wasn’t included in the movie but you have to hope it could appear in the planned sequel.

What do you guys think about this version of the Supreme Intelligence? 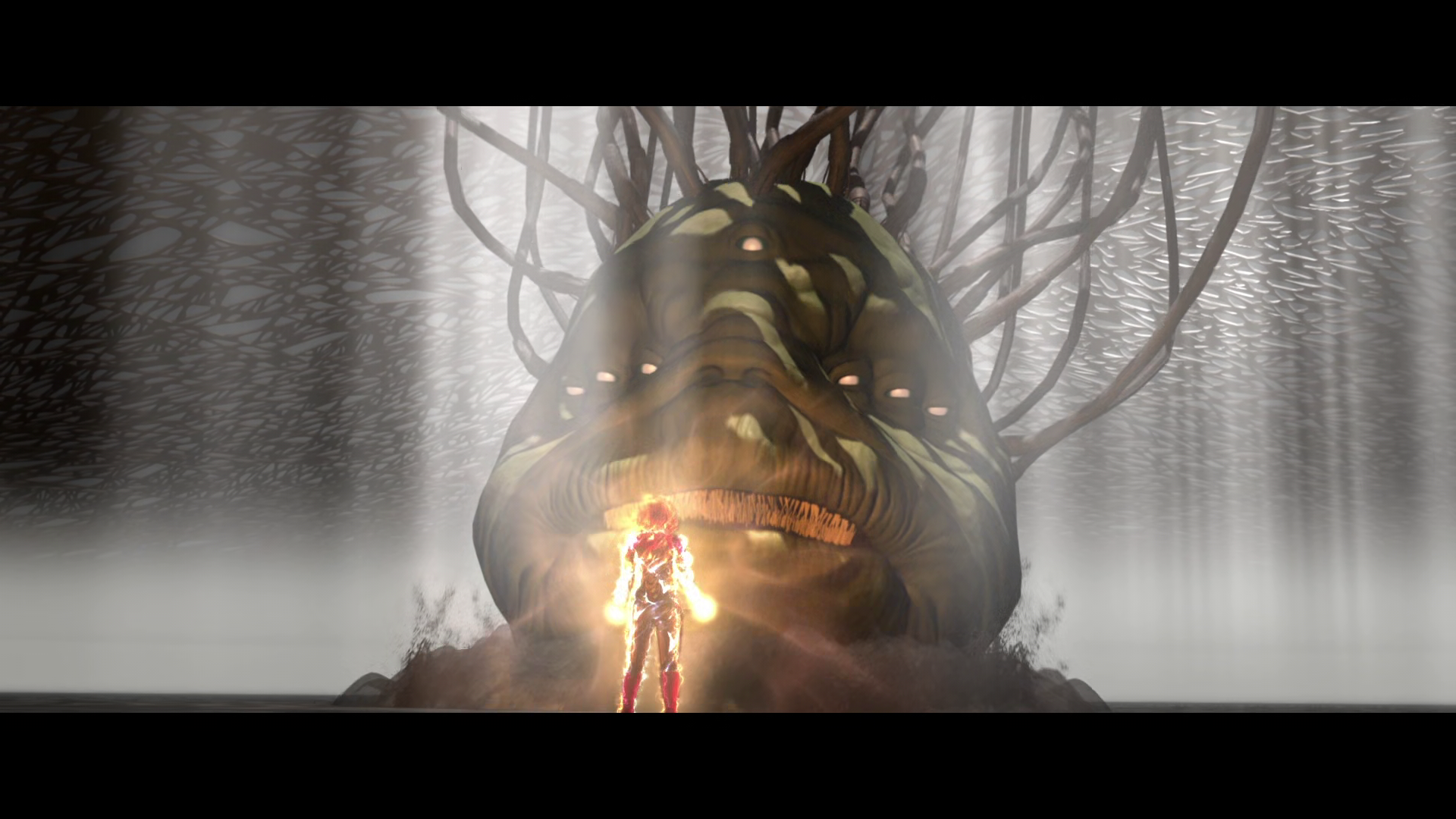 Hit the “View List”/”Next” button below for a breakdown
of the deleted scenes in the “Infinity Saga” box set! 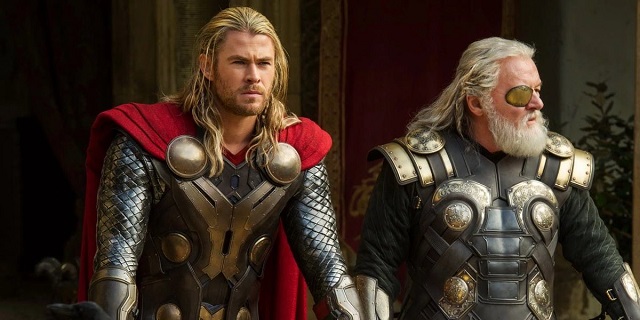 At the end of Thor: The Dark World, the God of Thunder returns to Asgard and refuses to take the throne. It’s then we learn that Loki is impersonating Odin and a cute mid-credits scene reunites Thor and Jane Foster. However, this alternate ending would have seen Jane tell the hero that she couldn’t go with him to Asgard because she wouldn’t have a purpose in that realm.

As Thor gets upset, she reminds him that he’s a King now and shouldn’t remain on Earth just for her.

The God of Thunder returns to Asgard and surveys his people alongside his father, a sign that the original plan was for Thor to finally become King of Asgard, but sadly lose Jane in the process.

Zemo Shows His Dark Side 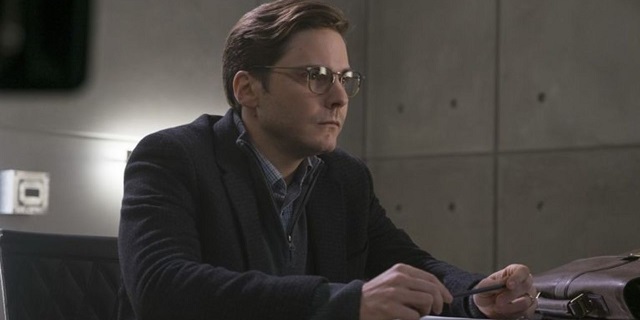 In Captain America: Civil War, Zemo managed to steal the book of code words which could be used to control The Winter Soldier from a former HYDRA agent by hanging him upside down in his basement and drowning him in a sink. However, an earlier version of that scene was even darker.

Zemo would have been shown at a black market auction for illegal weapons and it’s then he would have used a gas to kill everyone in attendance (making him a mass murderer) and steal the book. 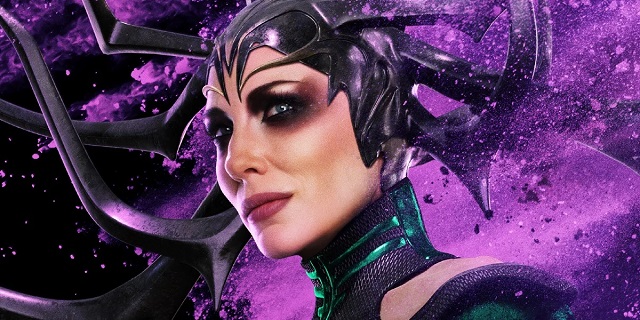 When Thor: Ragnarok was shooting, we spotted Anthony Hopkins in New York City as a homeless version of Odin. That never made it into the theatrical version and the actor’s final scenes as the character instead took place in Norway. Now, though, we finally know how that scene was supposed to play out.

Thor and Loki find Odin in New York, and it appears as if he’s drunk and that he’s lost his memory. It quickly becomes clear that he remembers his sons, though, and he warns them about Hela’s arrival. It’s then that she destroys Mjolnir and kills her father as Loki calls for the Bifrost so he and Thor can escape. 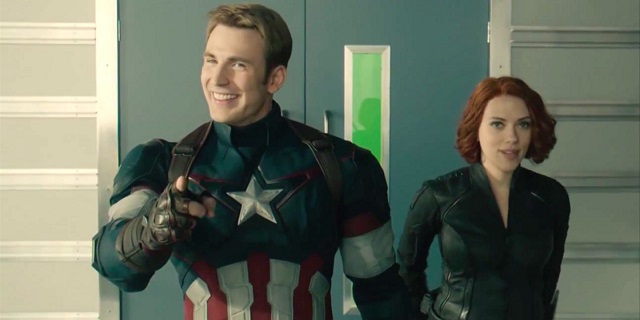 Joss Whedon wanted Captain Marvel to make her MCU debut at the end of Avengers: Age of Ultron, but Kevin Feige ultimately said “no” to the idea and she didn’t appear until earlier this year.

However, in this deleted scene from the 2015 sequel, a stand-in is shown filling in on set for Carol Danvers as the original plan was to add the actress who would have played her at a later date. 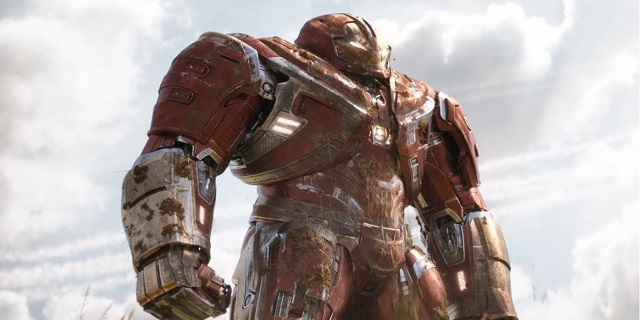 Promo art and toys confirmed that this was the plan for Avengers: Infinity War before reshoots changed things, and one of the deleted scenes shows a very rough version of The Hulk breaking his way out of the Hulkbuster armour after being convinced to return by Bruce Banner.

The unfinished VFX don’t really do the scene justice, but Cull Obsidian still meets his maker in the exact same way as the Hulkbuster hand is used to send him flying into the shield surrounding Wakanda. 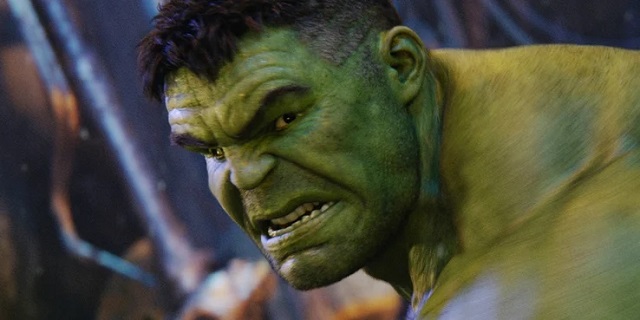 As you might expect, the rest of Earth’s Mightiest Heroes have something to say about The Hulk’s return and shortly before Thanos arrives, The Falcon suggests Black Widow give the Jade Giant a lullaby. However, the hero then speaks with Banner’s voice and they’re both left standing there stunned.

Unfortunately, there’s no deleted scene showing how the Hulk/Thanos rematch would have gone down. 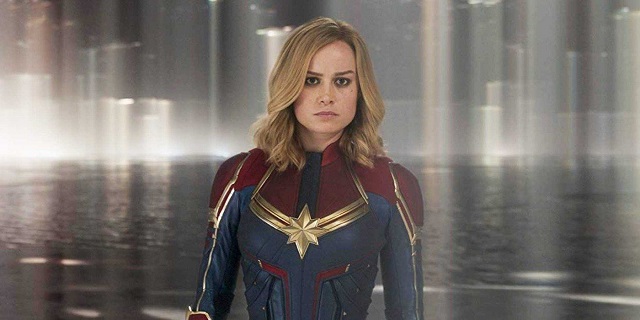 We’ve heard that a comic accurate version of the Supreme Intelligence was once set to appear in Captain Marvel, and this deleted scene confirms that. Shortly after Carol Danvers manages to break free from Thw SI’s control, she finally gets to see its true form (rather than Mar-Vell) for herself.

Just like in the comics, the Supreme Intelligence is a massive, tentacled monster, so it’s obviously hard to figure out why Marvel Studios wouldn’t include this fan-pleasing moment in the movie.

The Grandmaster Gets His Comeuppance 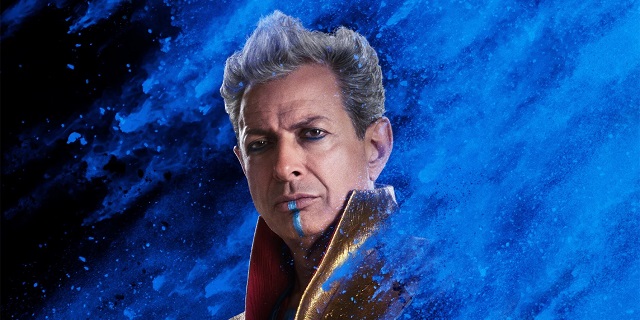 Thor: Ragnarok‘s after-credits scene features The Grandmaster surrounded by his not-quite-so-loyal subjects, but this deleted scene sheds a little more like on how the quirky villain winds up there.

The Grandmaster is actually shown chasing down the movie’s heroes in a ship before he ends up crashing and landing in a junk pile. This scene obviously sets up that post-credits scene for later on.

Ant-Man And The Wasp’s Big Mistake 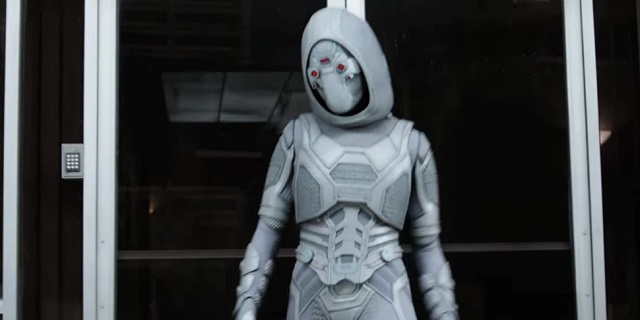 Ant-Man and The Wasp reveals that Hank Pym discredited Ghost’s father and that’s what led to him experimenting with the tech which ultimately transformed his daughter. However, this deleted scene reveals that a suited up Hank and Janet were actually directly involved in that accident.

This likely would have made things even more personal for Ghost, but might have made it harder to believe she would have done anything other than want to kill those two during the final act! 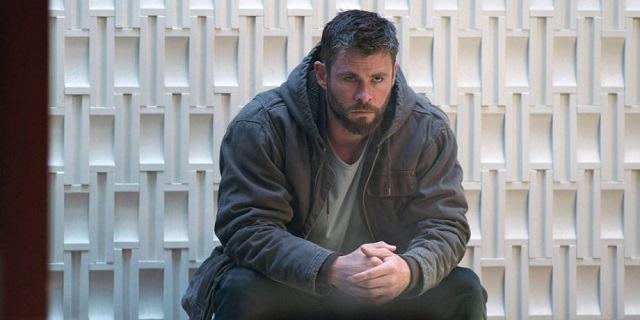 We’ve heard about this scene but finally get to see it in this box set. During Thor’s conversation with Valkyrie about her ruling Asgard before he heads off with the Guardians at the end of Avengers: Endgame, the God of Thunder attempts to kiss her but quickly gets rejected by the formidable warrior.

They both play it off as a joke, but it’s clear from this that he’s not exactly Valkyrie’s type.

Confirmation Of A Previous Leak 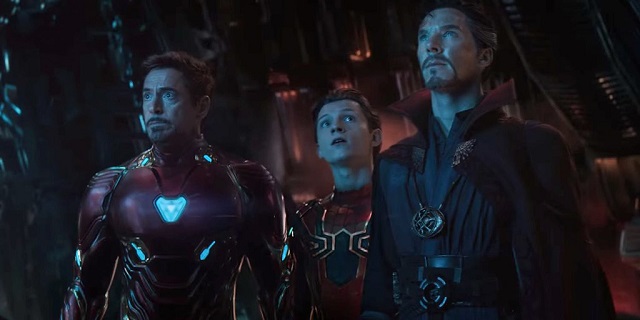 Remember that leaked VFX image showing Doctor Strange instructing Spider-Man to save the Guardians? Well, we now know that it was the real deal because this Avengers: Infinity War deleted scene features the Sorcerer Supreme – in his Astral form – telling the wall-crawler that Thanos has separated the team’s souls from their bodies and that the young hero needs to act quickly.

Spidey admits that he has no idea what to do, but Strange points out that Mantis does. As a result, the web-slinger rescues the Guardians and brings them to Mantis so that she can save them.

Howard Stark’s Message From The Grave 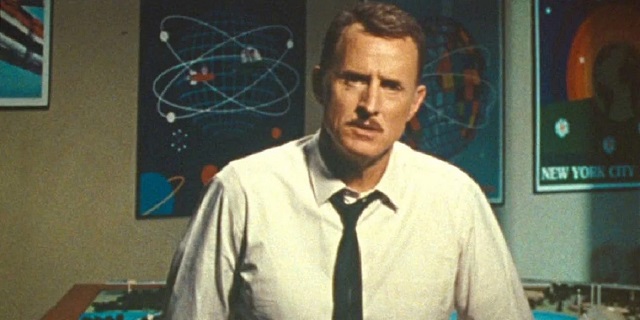 We’ve already seen Iron Man‘s big deleted scene (it features Nick Fury referencing the likes of Spider-Man and the X-Men), but for Iron Man 2, Howard Stark’s message to Tony from the grave would have featured the young Tony sitting on his father’s lap as Howard talked to his son from the past.