Colin Trevorrow surprised Jurassic fans all across the globe yesterday when he announced that he would be debuting a new Jurassic World short, titled Battle at Big Rock: A Jurassic World Short Film, on FX this coming Sunday, September 15.

Following the announcement, Trevorrow sat down with Collider to talk about the top secret project and revealed exactly what it’s about.

“Battle At Big Rock is a short film that takes place one year after the events of Fallen Kingdom. It’s about a family on a camping trip to Big Rock National Park, about 20 miles from where the last film ended. There have been a few sightings, but this is the first major confrontation between dinosaurs and humans.“

Also, despite the smaller budget, it will absolutely feature dinosaurs, including a pair that have yet-to-be-seen in any of the movies. “There are two species we’ve never seen before. The Nasutoceratops, which is a beautiful herbivore that feels like a Texas Longhorn. And the Allosaurus, one of the most iconic dinosaurs of all time. This one was a juvenile in the last movie. She’s all grown up now.“

Speaking more on how the idea for a short film set in the Jurassic universe was initially conceived, Trevorrow says, “Universal asked if I’d be interested in making a short film and I didn’t give them any time to reconsider. I wrote it with Emily Carmichael, who is co-writing Jurassic World 3. It felt like a first step into a larger world after the last film. You have these animals loose in an unfamiliar environment, they’re disoriented, struggling to adapt. The first people they run into are bound to be camping. I wanted to see that.“

The short film will be made available to view online immediately after its television premiere on Sunday. 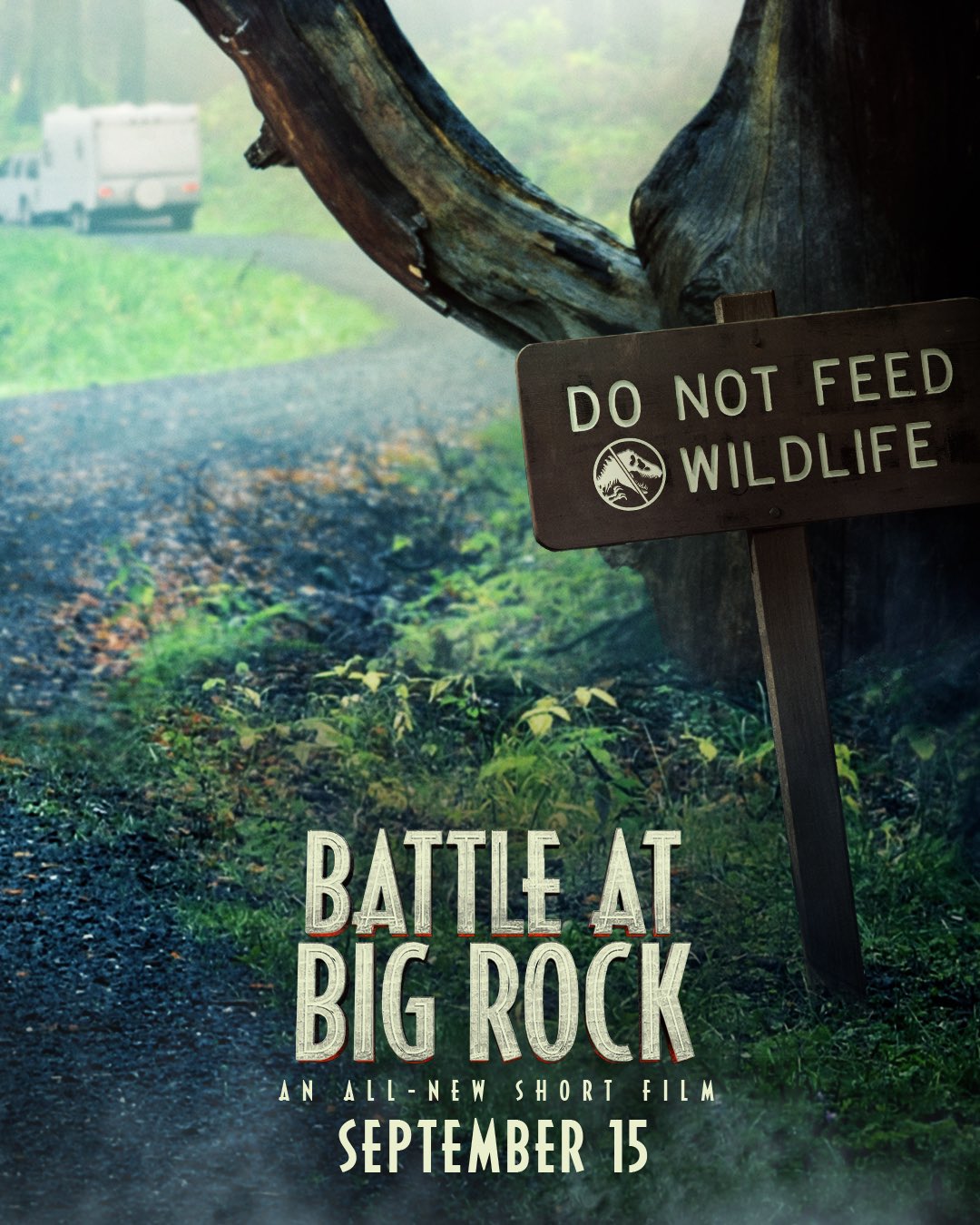