Skip to content
We’re still waiting on an ETA for the first teaser trailer for Denis Villeneuve’s highly-anticipated adaptation of Frank Herbert’s Dune, but in the meantime we do have something that should get fans just a bit more excited.

The first official stills from the movie were reportedly shown at a French film convention earlier this week, and while they haven’t found their way online, the title treatment has leaked.

The simple, but very effective logo displays the four-letter title over the vast desert planet of Arrakis. “Dune” is also stylized as a palindrome here, which makes for a pretty cool visual.

What do you guys think of the title logo? Let us know in the comments, and we’ll update if those stills turn up.

Just in case you’re not too familiar with the Dune universe, you’ll find a breakdown of the main characters and who’ll be playing them below.

To see all of the characters at once, simply click on the Next button below! Paul Atreides is the primary protagonist of Dune.

Born on the planet Caladan to Duke Leto Atreides I and his Bene Gesserit concubine Lady Jessica, Paul eventually travels to Arrakis and winds up becoming a Messiah-like figure to the desert planet’s indigenous people, The Fremen. There, he meets and falls in love with a Fremen warrior named Chani, and is forced to choose between settling down with her and embracing the terrifying destiny glimpsed in his spice-induced visions.

Paul will be played by Call Me By Your Name star Timothée Chalamet.

When Paul arrives on Arrakis, Chani is serving under Stilgar as his right-hand woman but soon falls for the mysterious young newcomer – even though she remains wary of the powerful prescient visions they share. 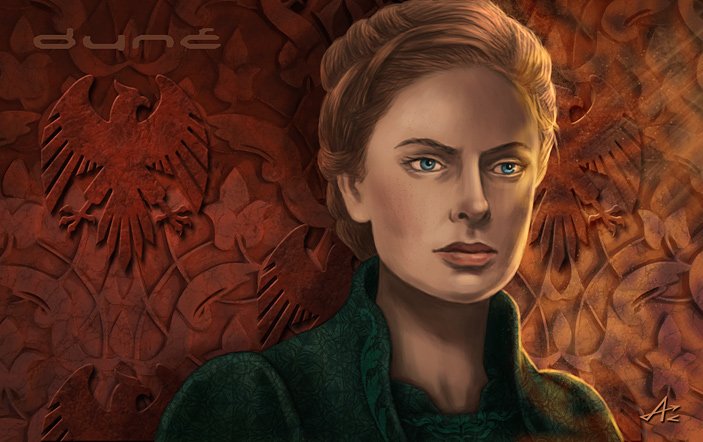 Lady Jessica is the official concubine of Duke Leto Atreides I, and the mother of his son Paul. She is also a member of the Bene Gesserit Sisterhood, and possesses powerful abilities.

Upon arriving on Arrakis, Jessica is welcomed into the ranks of The Fremen along with her son, and eventually accepts the position of new Reverend Mother, despite being aware of the potentially catastrophic repercussions of this action. 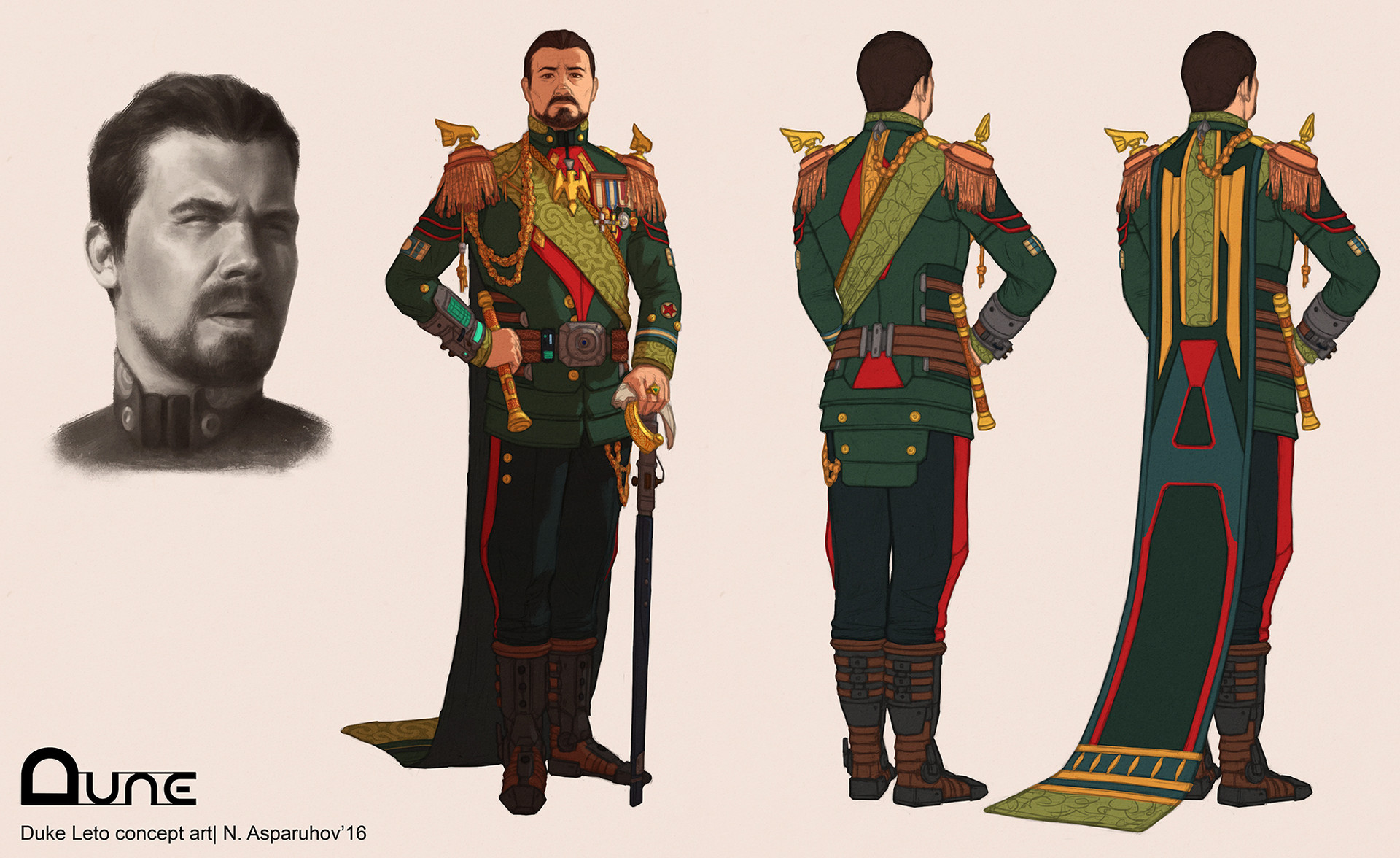 Paul’s father Leto Atreides I starts out as the ruler of the planet Caladan, but when The Emperor asks him to take control of Arrakis and oversee spice production there, he relocates to the planet known as Dune with his son and concubine, Jessica.

Leto is generally well liked and respected by all of his subjects for his even-handed and compassionate leadership style, but this also leads to jealousy among his fellow noblemen of the other Great Houses.

This take on Leto Atreides will be brought to life by Oscar Isaac (Star Wars: The Last Jedi, X-Men: Apocalypse).

The main villain of the piece, Baron Vladimir Harkonnen was the ruler of Arrakis before Leto and his family took over. This situation sends the horrible bastard into a rage and he wages war against The Duke.

The Baron is a sadistic, malevolent schemer who is generally depicted as being just as hideous on the outside, and so obese that he requires belt-mounted suspensors to retain mobility.

In this new adaptation, Harkonnen will be played by Stellan Skarsgård (Avengers, The Girl With the Dragon Tattoo). 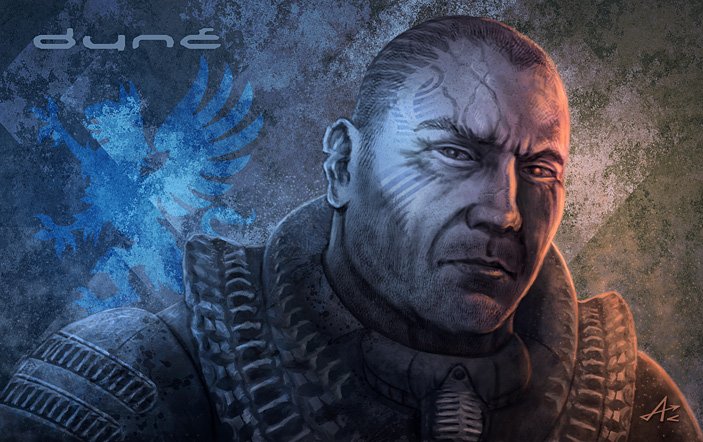 Glossu “The Beast” Rabban Harkonnen is the brutish nephew of The Baron, and is regarded as being even more cruel than his vile uncle.

The Baron has Glossu rule over the Fremen populace of Arrakeen through violence and intimation, but secretly plans to switch his dull-witted nephew with his favored brother, Feyd-Rautha, so that the new ruler will be welcomed as a hero.

Not really a major character in the book, Glossu may have a bigger part to play in this new film thanks to the casting of Dave Bautista in the role. 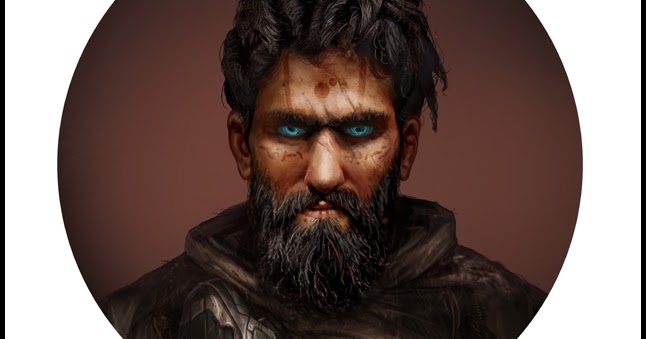 Stilgar Ben Fifrawi is the noble Naib (leader) of Sietch Tabr, a Fremen tribe of Arrakis, and one of Paul Atreides’ most loyal allies.

When Leto and his family relocate to Dune, Stilgar and his people are wary of their motives at first but soon come to view The Duke’s son Paul as the desert messiah of their ancient prophecies. Stilgar also strikes up a strong friendship with Duncan Idaho.

In Dune (2020), this character will be played by Javier Bardem (Skyfall, No Country for Old Men, Mother!).

Gaius Helen Mohiam is the powerful Bene Gesserit Reverend Mother who trained the Lady Jessica, and serves as the current Emperor’s truthsayer when the story begins.

In the book, Mohiam is the one that discovers Paul’s dormant power when she tests him using a “gom jabbar” before his departure for Arrakis. She resents Jessica for giving birth a male Atreides heir, which puts a major crimp in the Bene Gesserit’s plans.

The Reverend Mother will be played by the legendary Charlotte Rampling (Angel Heart, 45, Red Sparrow).

Piter De Vries is the “twisted Mentat” of House Harkonnen and a key supporting villain.

In Frank Herbert’s novel, the Mentats are basically human computers, and De Vries is a particularly clever and cunning example. Piter is the sadistic servant of The Baron, and is generally regarded as architect of the plan to destroy House Atreides.

We found out earlier this week that the character will be played by Ant-Man and the Wasp actor David Dastmalchian. 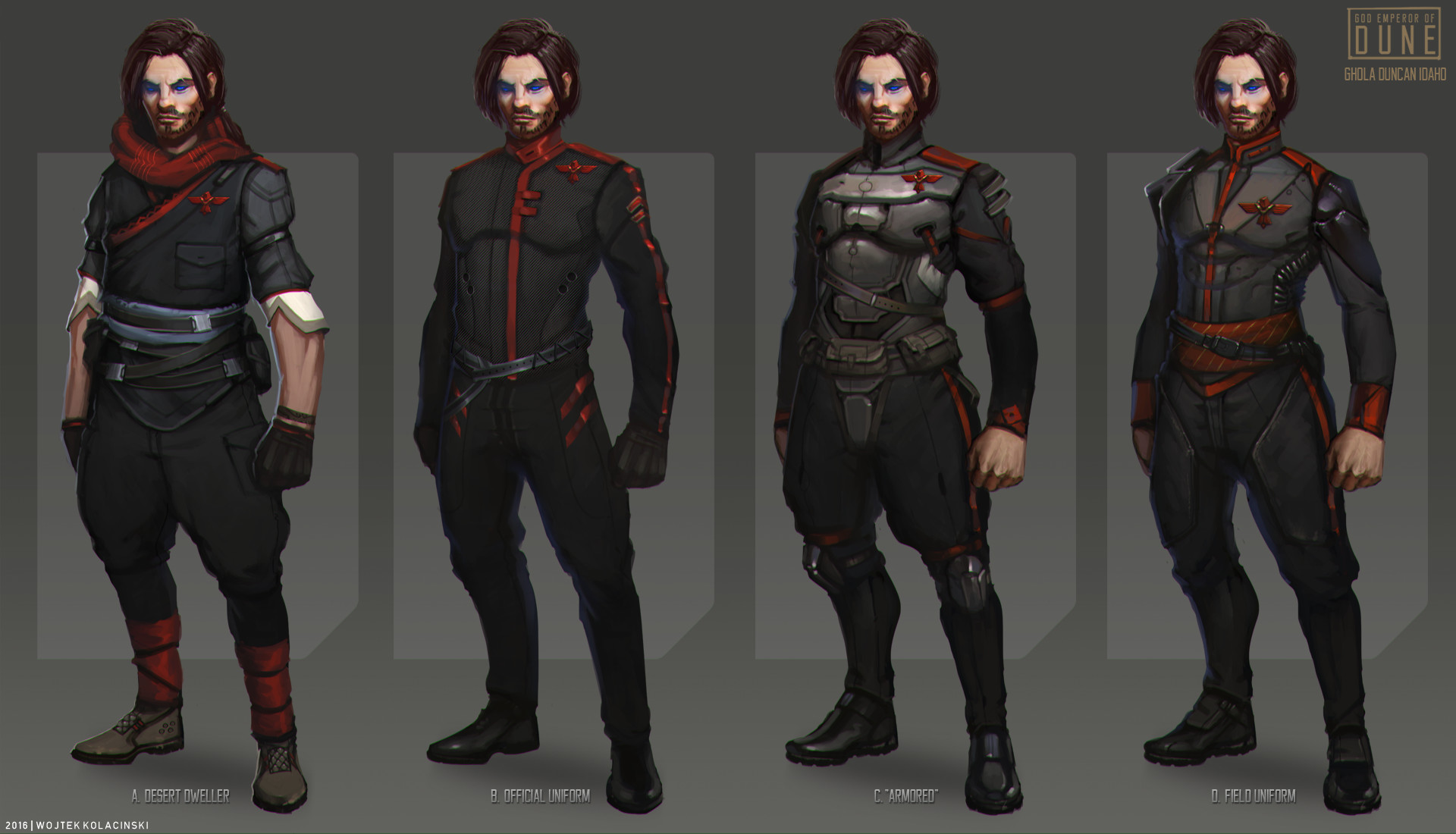 Duncan Idaho is a skilled swordmaster loyal to House Atreides who helps to train Paul in various combat styles.

In the novel, Leto sends Duncan to Arrakis as an envoy to get a read on the nomadic Fremen population. While there, Idaho strikes up a friendship with Stilgar and ultimately winds up pledging dual allegiance to the Atreides and the Fremen leader.

Aquaman star Jason Momoa has been cast as this fan-favorite character.

The ruthless, but noble Warmaster for House Atreides, Gurney Halleck was one of Paul’s principal teachers along with Duncan during his early years on Caladan.

An exceptionally skilled warrior, Gurney is described as “an ugly lump of a man” in the source material, which may suggest that the actor who’ll be playing him, Josh Brolin, will be undergoing a slight transformation for the role.