Despite positive reviews, Birds of Prey (and the Fantabulous Emancipation of One Harley Quinn) has failed to take flight at the box office, and we now have an update on how much more it needs to make… Birds of Prey is “Certified Fresh” on Rotten Tomatoes with a score of 78%, while over 12,000 moviegoers have given it a rating of 79%. Despite that, the movie – which has been retitled Harley Quinn: Birds of Prey by theaters at the behest of Warner Bros. – has failed to make a significant impact at the box office.
It’s not a flop, but Variety has now revealed that the DC Comics adaptation will need to earn $300 million worldwide in order to break even. Source close to the production tell the trade that the figure is closer to $250 million, but there are conflicting comments about the budget too. Some say it cost $82 million to produce, while others claim it was closer to $100 million thanks to elaborate sets and CGI.

With an R-Rating, the odds are stacked against Birds of Prey managing to hit that figure and, as of right now, it’s only on $62 million domestically and $145.6 million globally.

“They took a swing, and they missed,” says Jeff Bock, a box office analyst with Exhibitor Relations. “It wasn’t for the movie masses, it was a niche comic-book movie. Warner Bros. keeps having to learn these lessons.” Aimed at an adult audience and featuring a tone very different to any other superhero movie, it really does seem like the odds were always stacked against Birds of Prey.
As a result, the future is now uncertain for Harley Quinn and characters like Black Canary and Huntress. While Margot Robbie will reprise her role in The Suicide Squad, what comes next is a mystery.


Hit the “Next” button to take a look at the best
Easter Eggs, references, and cameos in Birds of Prey! 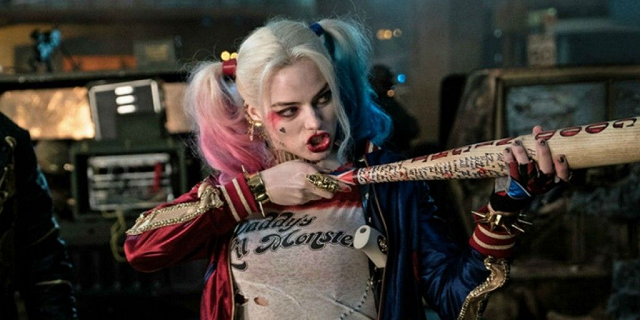 Shortly before it all kicks off at the Booby Trap, Harley Quinn and her girl gang start looking through some of her old gear. The bustier Renee Montoya ends up wearing is clearly a reference to Harley’s comic book attire but we also get a fun nod to 2016’s Suicide Squad.

Dinah Lance pulls out a tattered t-shirt that says “Daddy’s Little Monster” across the front and Harley quickly pulls it away and says it has sentimental value. As you may recall, Harley wore that during her time as a member of Task Force X (she also talks about having a bomb in her neck once upon a time, another reference to the events of David Ayer’s movie).

A Nod To The Joker’s Creator 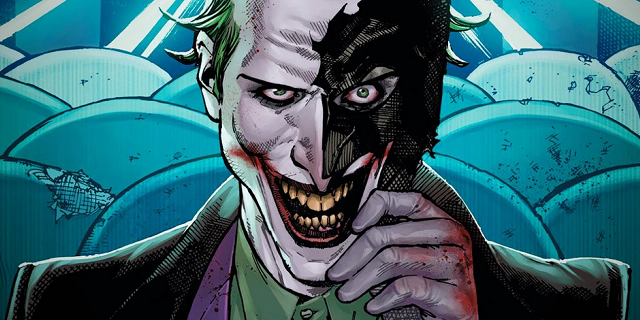 This is a clever one.

While Bill Finger and Bob Kane get the credit for creating Batman, it was actually Jerry Robinson who dreamt up The Joker way back in 1940. Without the Clown Prince of Crime, there would be no Harley Quinn so Birds of Prey finds a way to pay homage to the legendary creator.

Telling Black Mask that she once retrieved a nude photo of Eleanor Roosevelt for The Joker, Harley mentions that she found it in a bird’s nest in “Robinson Park.” 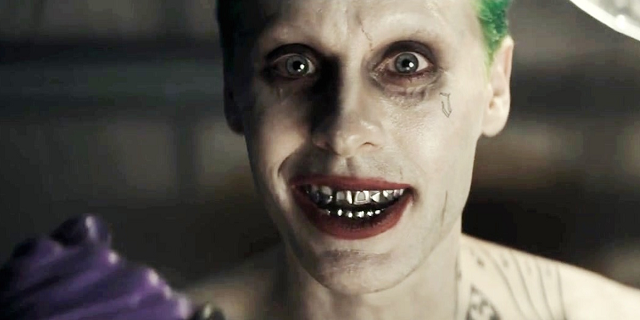 At the Booby Trap, look at one of the windows in the background and you’ll notice a “Hahahaha” pattern sketched on it which is identical to the tattoo Jared Leto’s Joker had on his chest.

We never see the Clown Prince of Crime in Birds of Prey (not from the front anyway) but it’s clear that, just like his comic book counterpart, he once made good use of Amusement Mile. 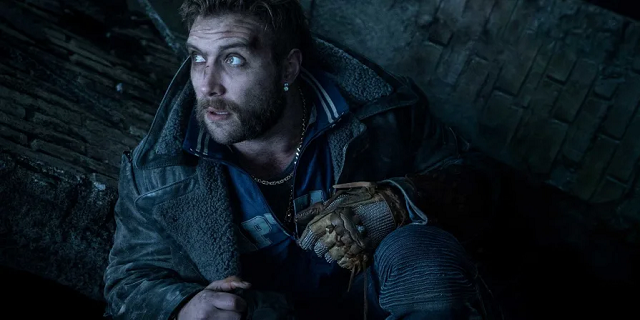 During Harley’s standout attack on the GCPD to retrieve Cassandra Cain, she walks past a “Wanted” poster for an old friend of hers: Jai Courtney’s Captain Boomerang from Suicide Squad!

It seems as if he somehow managed to escape Amanda Waller’s clutches (unless they’re just unaware that’s where he’s being kept), but both Harley and Boomerang will be reunited in James Gunn’s The Suicide Squad so they will once again find themselves as members of Task Force X. 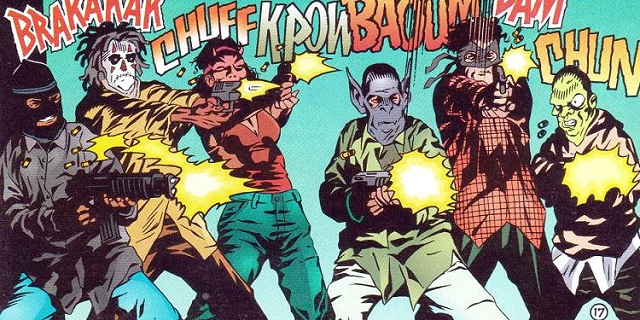 As Black Mask’s goons arrive at the Booby Trap to take out Harley Quinn and the Birds of Prey, they’re all wearing masks of their own and this is without a doubt a big nod to the source material.

In the comics, Roman Sionis controls a mask-wearing cult known as the False Facers/False Face Society. They’re never referenced by that name here but are clearly meant to be one and the same. 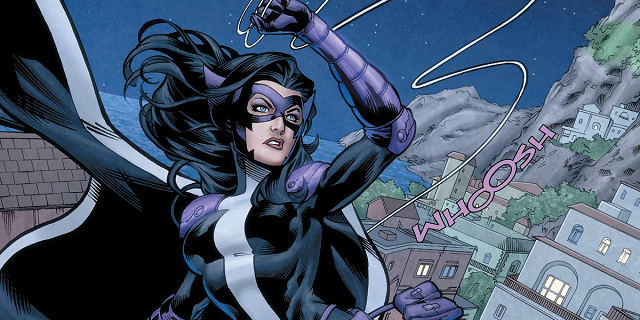 Huntress doesn’t make a huge impact in Birds of Prey but the movie certainly stays faithful to her comic book counterpart’s origin story. With the exception of Victor Zsasz and Black Mask’s involvement, the murder of Helena’s parents and her being brought up by assassins is 100% accurate.

So too is Huntress’ Catholic background. In the comics, she’s often shown carrying a rosary (even in costume) and her religion is as important to her as it is a character like Marvel’s Daredevil. 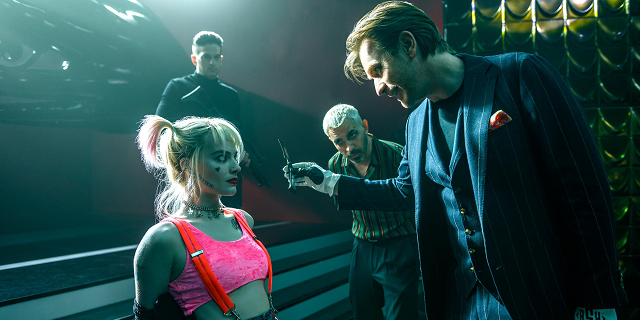 Keep an eye on Gotham City in the film and you’ll notice a lot of signs for Janus, Roman Sionis’ company. Most of the time, however, the “J” has been crossed out so it reads “Anus” (get it?).

Still, this is a reference to the comics, because in those, Black Mask rules over a cosmetics empire. In Birds of Prey, it’s a real estate development company, but the reason for the change is unclear.

You may also recall seeing a “Janus” sign in Justice League (which was likely a coincidence). 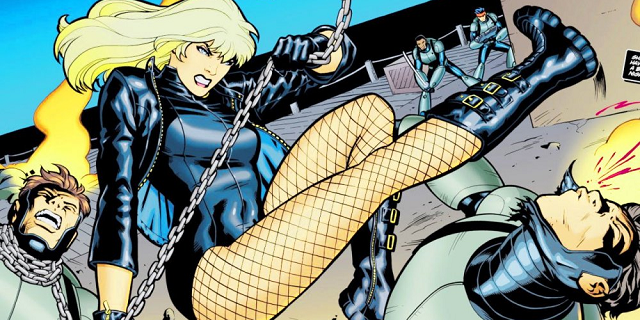 When Renee Montoya first comes face to face with Dinah Lance, she references her mother having the same powers she does and reveals that she used it to help Gotham City’s Police Department. Dinah mentions that it also resulted in her being left for dead in the streets, and this adds some history both to the DC Extended Universe and the history of superheroes in this iconic city.

This is also something that ties into the comic books because in the post-Crisis on Infinite Earths DC Universe, it was revealed that Black Canary’s mother was a member of the Justice Society of America. Is it possible that we’ll see her make an appearance in Black Adam? If Warner Bros. had a plan for a shared world, probably, but something tells us not to get our hopes up on that front. 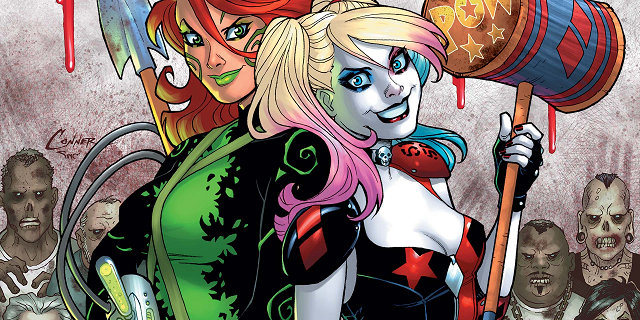 During Birds of Prey‘s animated opening sequence, we delve into Harleen Quinzel’s past and learn that she had her heart broken a number of times before finally crossing paths with The Joker.

One of them was a woman and this confirms that the big screen version of Harley, like her comic book counterpart, is bisexual. The woman actually looks a little like Pamela Isley, and while it’s highly unlikely they were romantically involved all those years ago, it could just be that Harley has a type! 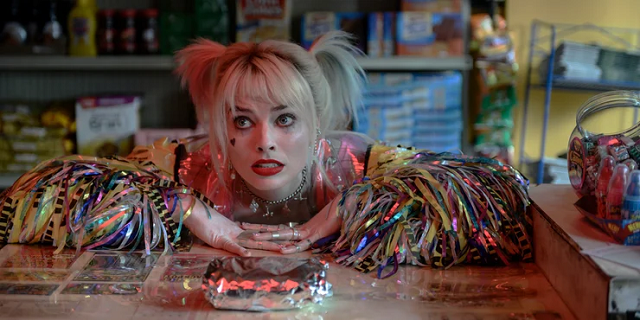 Sadly, there’s no post-credits scene at the end of Birds of Prey but you’ll still be rewarded (well, sort of) if you stick around long enough. With the final credits rolling, Harley’s voice can be heard as she pokes fun at the audience for waiting. However, she promises to reward them with a secret!

“Batman f-” she begins before the screen fades to black. We never get to hear what she had to say, but given the R-Rated nature of Birds of Prey, we have a pretty good guess about that F-word!