Skip to content
After first announcing their partnership with Marvel in January 2017, Square Enix subsidiaries Crystal Dynamics and Eidos Montréal unveiled the first bit of footage from their Avengers game 2 years later at this year’s E3 and while the CG trailer didn’t showcase much in the way of actual gameplay footage, MCU and gamer fans were treated to some surprising story elements and a curious direction for the renderings of Earth’s Mightiest Heroes.

The most prevalent reaction on social media appears to focus on the fact that Captain America, Iron Man, Thor, Bruce Banner, and Black Widow don’t share the same resemblance as their MCU counterparts.

However, that was likely never going to be the case as the cost to use the likeness of these A-list actors would have commanded the lion’s share of the game’s budget.  Still, the actual costumes of the Cap, Iron Man and co. are somewhat interesting and have quickly become the center point of the discussion surrounding the game.  Well, a new E3 booth has been unveiled which showcases what those costumes would look like in real life.  Click the next button below to check out the images. 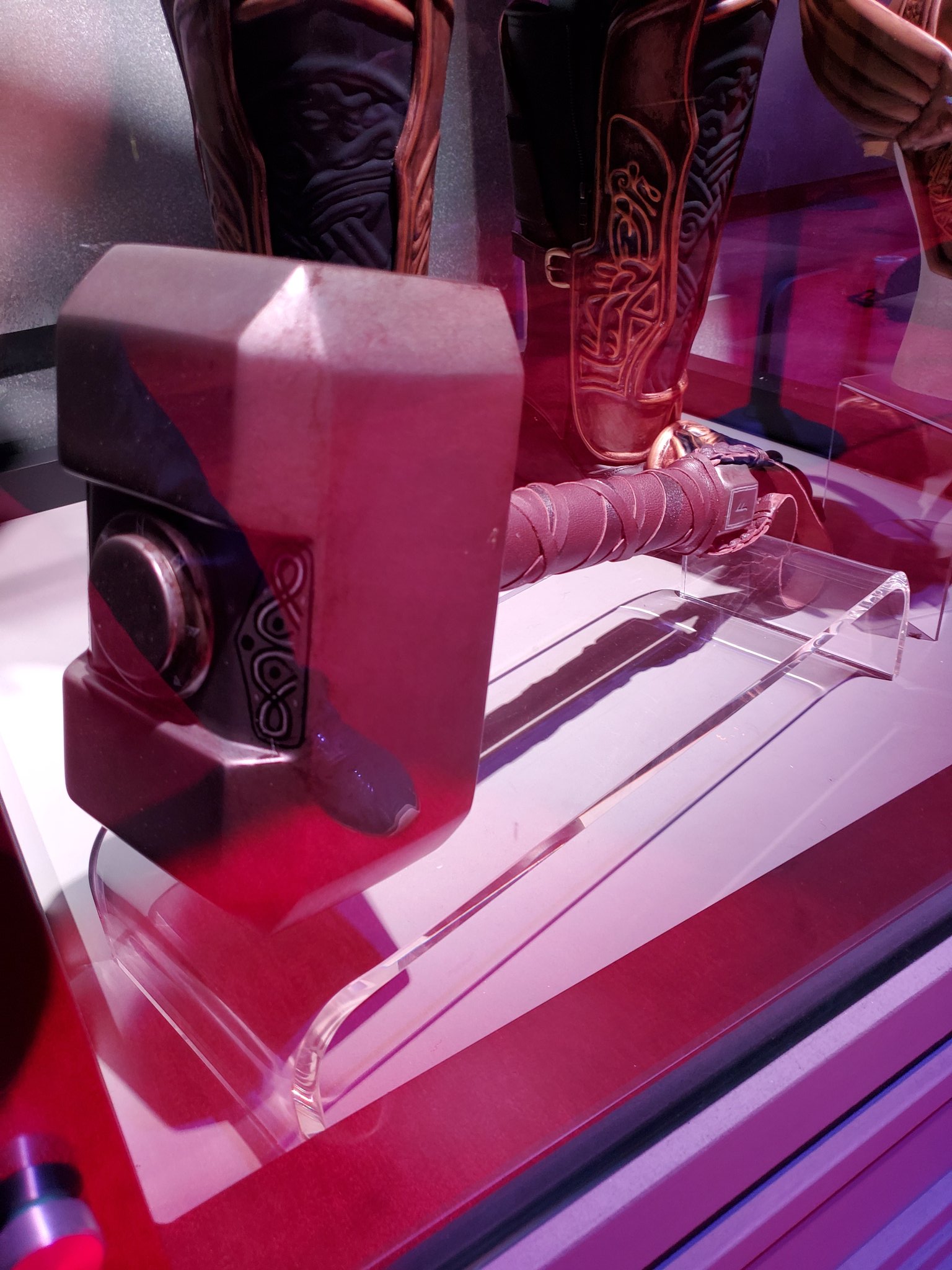 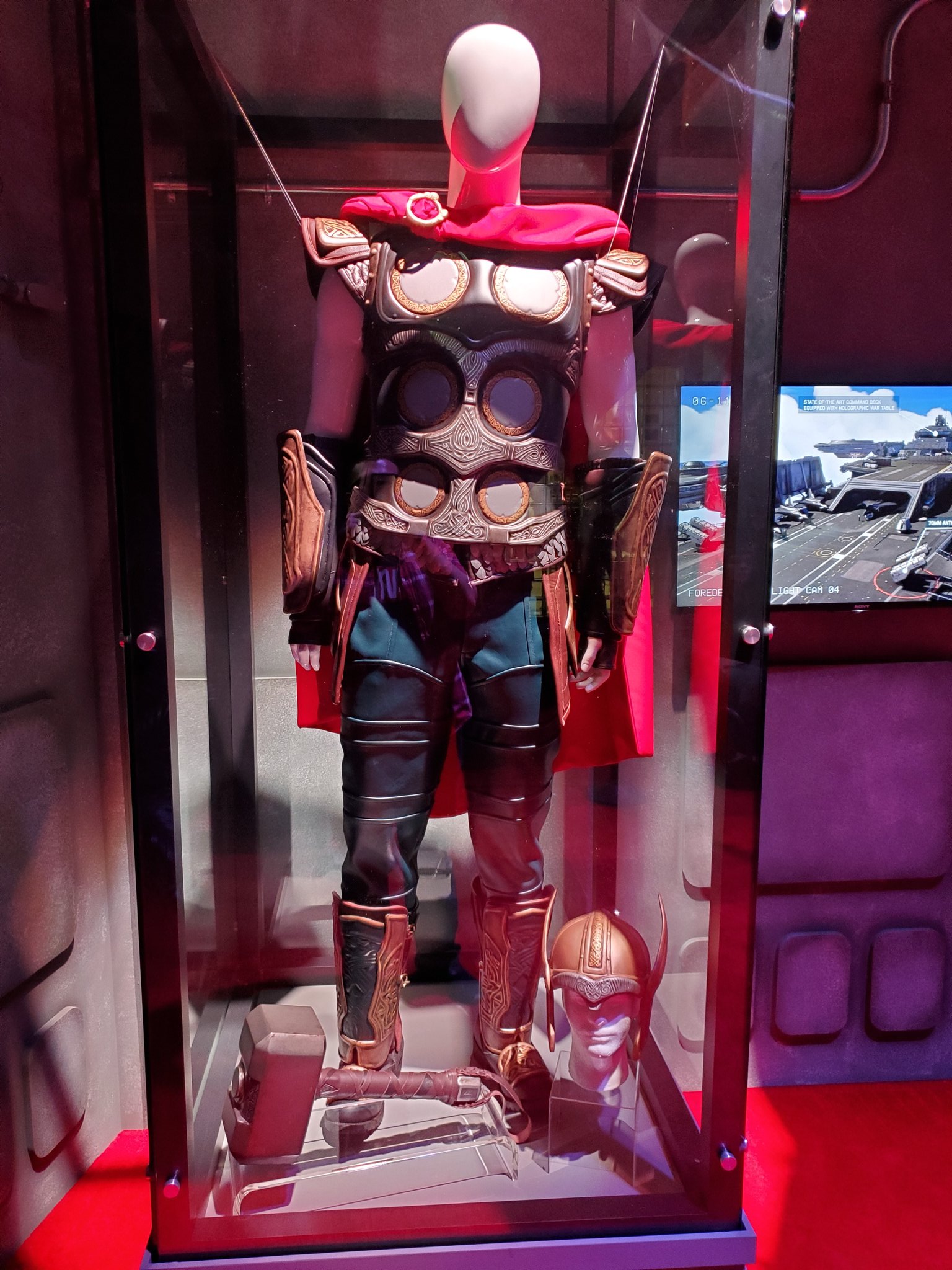 Marvel’s Avengers arrives on May 15, 2020 on PC, Xbox One, PS4 and Google Stadia.  The game will also likely be released on the next iteration of the Xbox and PlayStation as well.  Hopefully more about the game’s genre will be revealed in the coming months. 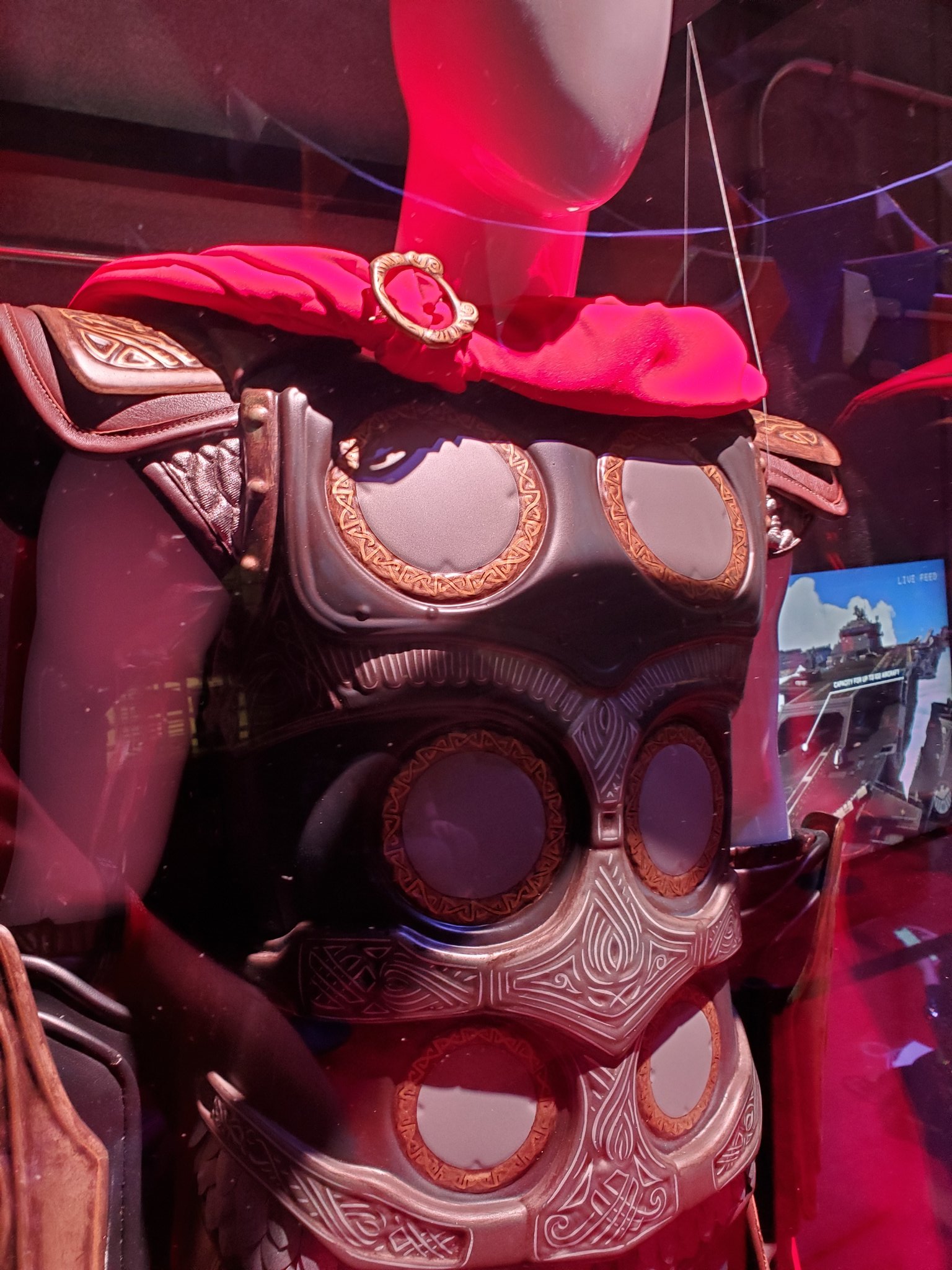 Of all the costumes in the reveal trailer, Thor’s armor might arguably be the best  (with Iron Man as a close second) Crystal Dynamics interpretation.  Square confirmed that the game wouldn’t have lootboxes or pay-to-win microtransactions and that all story DLC would be free but any gaming cynic can read between those lines and confidently predict that the game will offer cosmetic upgrades for a small fee.  You want Cap to wear his classic costume from The First Avenger of his stealth suit from The Winter Soldier? Prepare to fork over some cash. 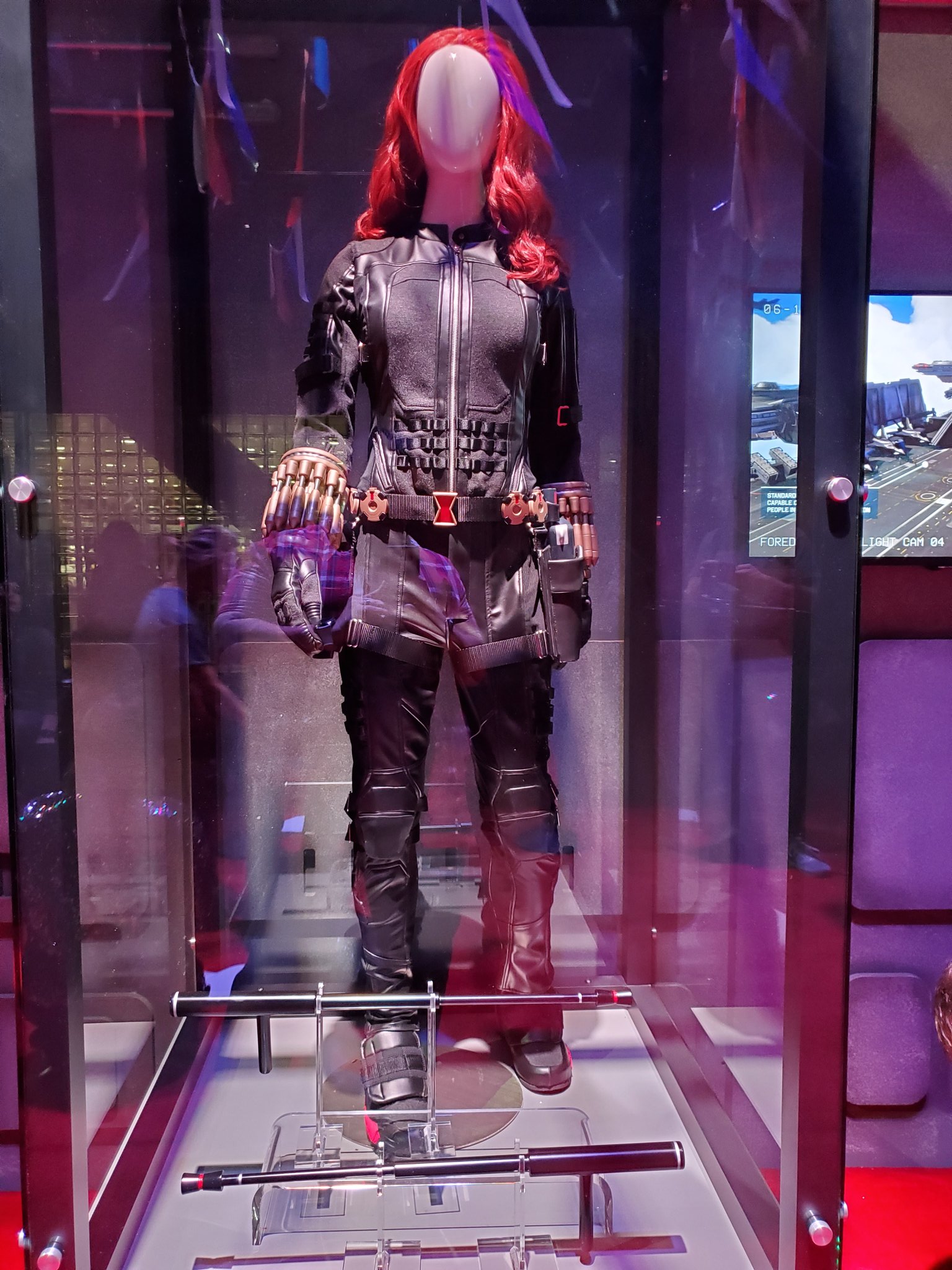 The Black Widow costume looks more like what Natasha Romanova wears in the comics than what the Scarlett Johansson version transformed into after wearing a comic-accurate costume in Iron Man 2.  With the solo Black Widow movie set to be a prequel, perhaps Johansson will don something close to this ensemble while she’s an operative of the Red Room? 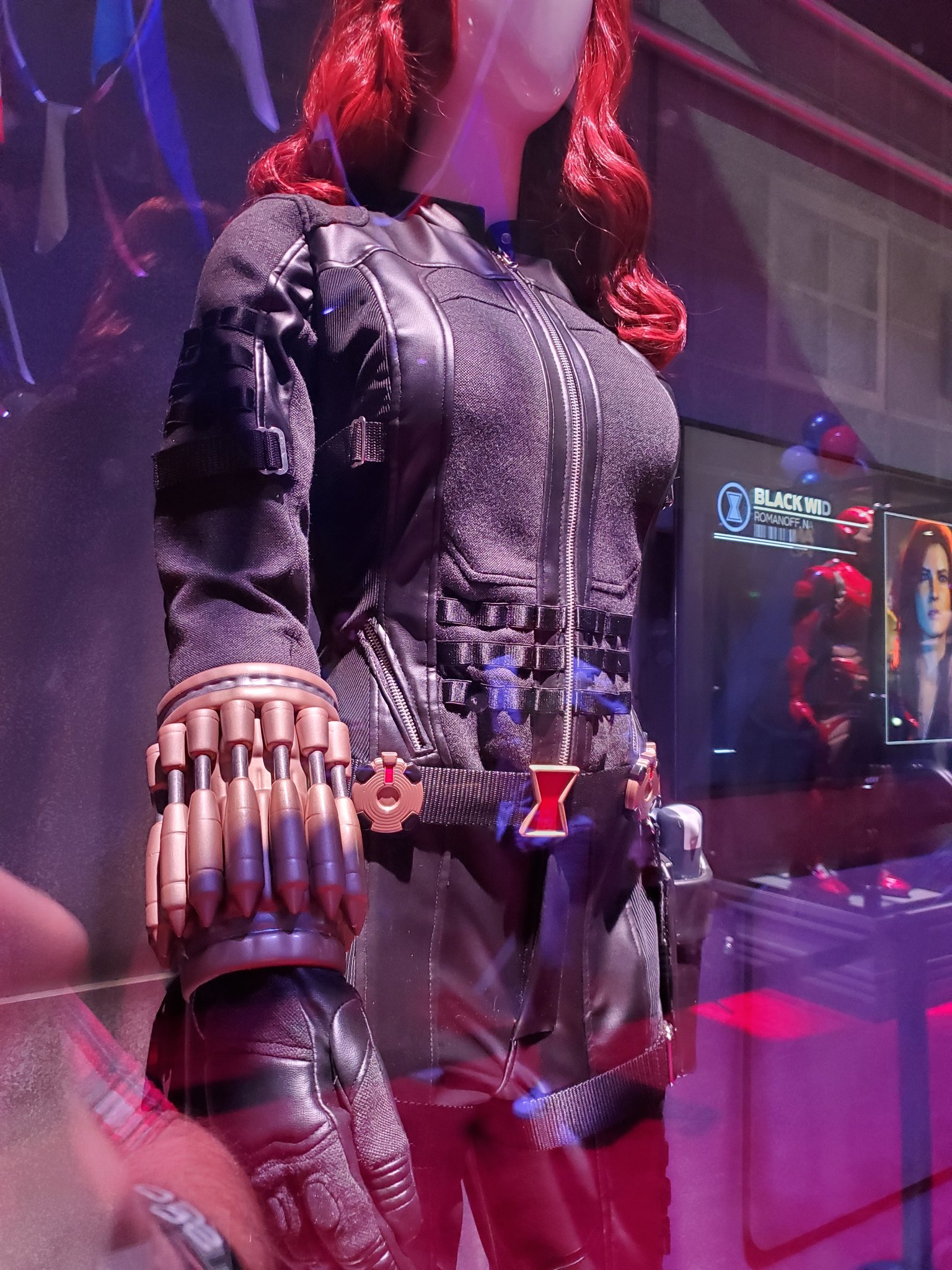 The Widow’s Bite has been a staple of Black Widow for years.  As seen in the films’, they fire an electro-static energy blasts that can deliver charges up to 30,000 volts. 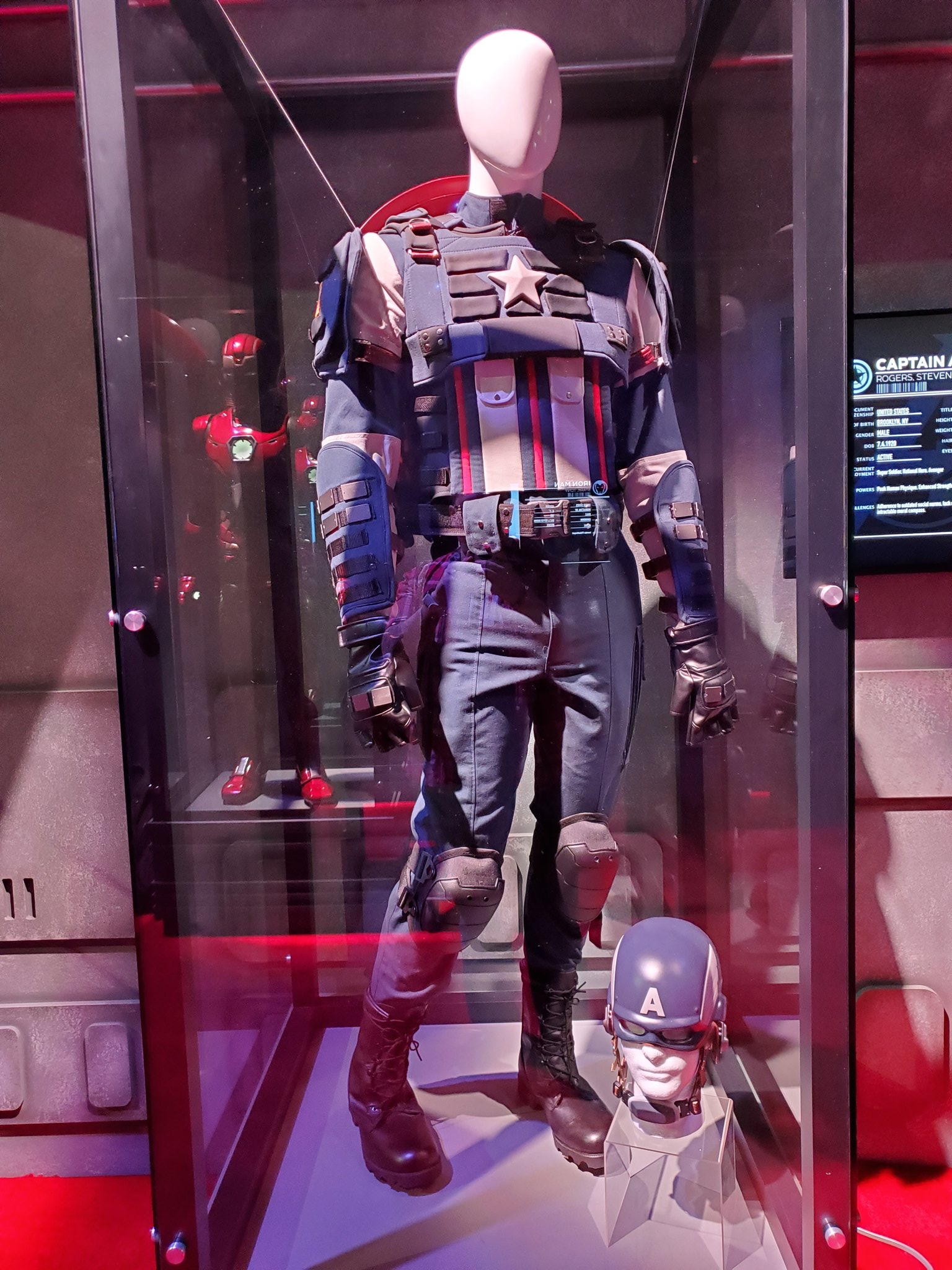 The Captain America costume appears to be drawing the most ire from social media, with most reactions saying he looks more like a S.W.A.T. team member instead of a Super Soldier.  Again, we caution that Square might be making these base costumes as bland as possible in order to drive business for cosmetic microtransactions.  This is unconfirmed, but as any player of a “games as a service” title (Destiny, Anthem, etc.) can attest, cosmetic microtransactions is a mandate that publishers insist developers include in their games. 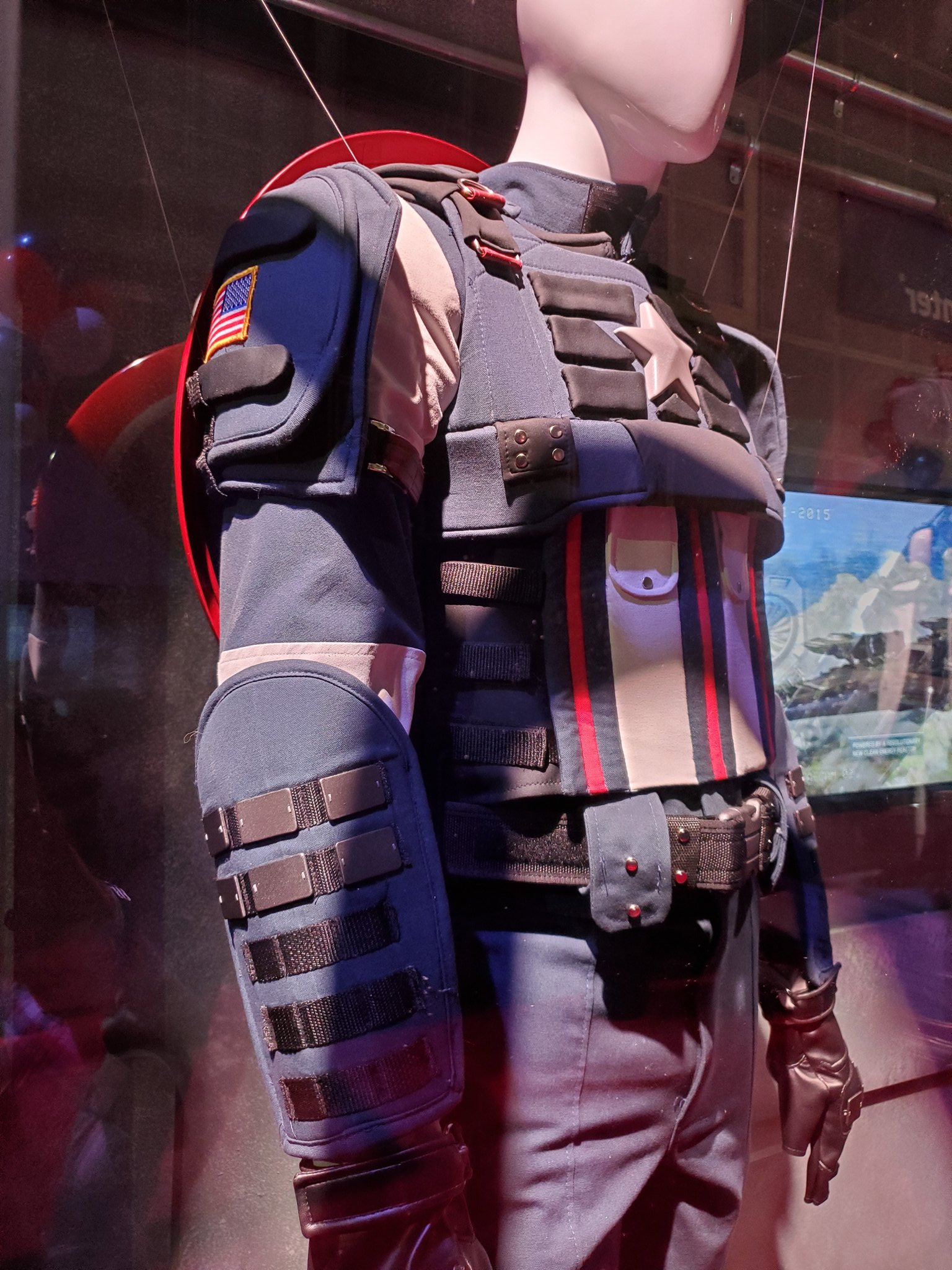 Would Chris Evans do justice to Captain America in this costume?  A cinematic version of this costume, with more armor and padding might not look too bad. 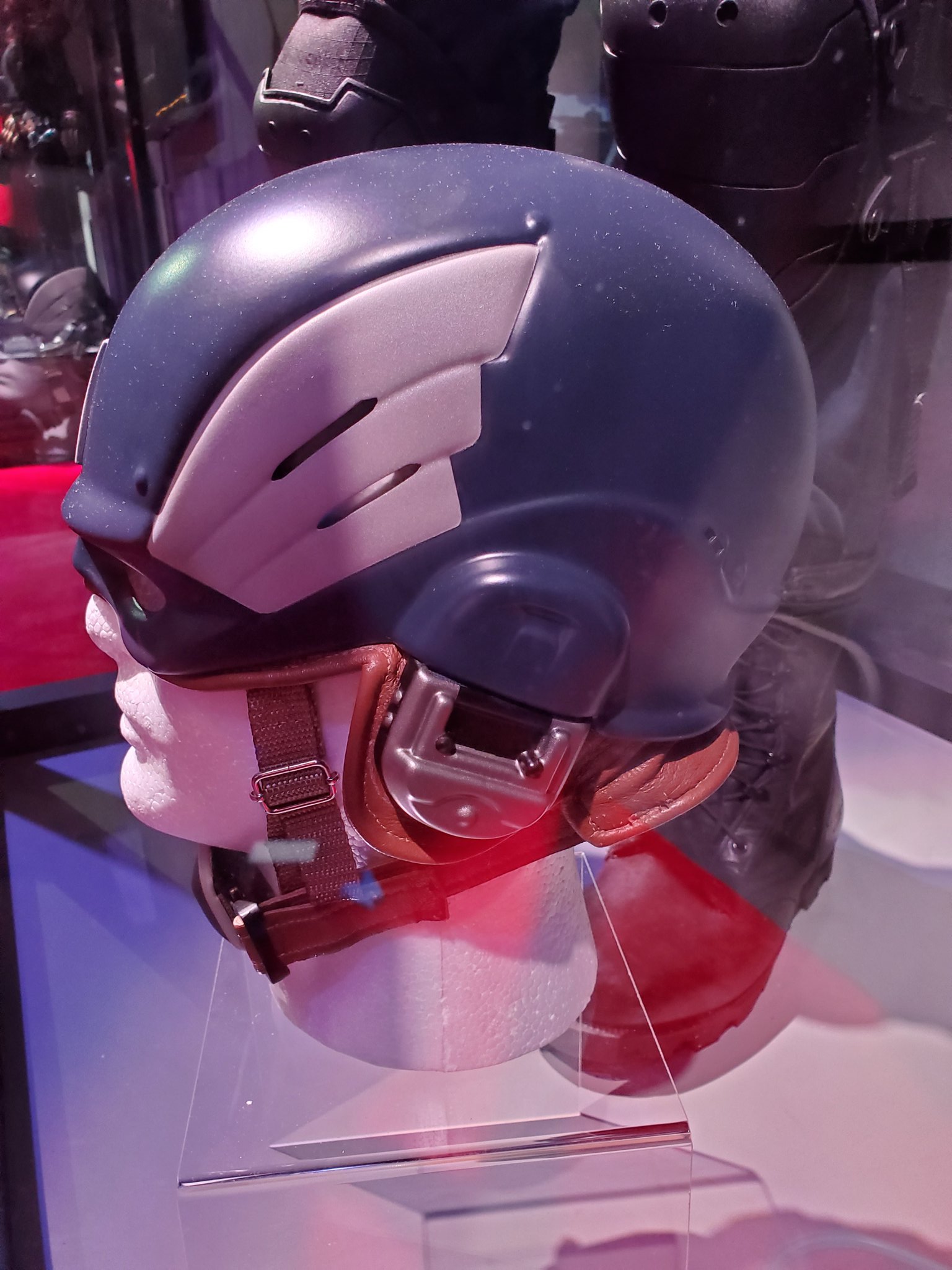 It’s the age-old question, should the wings on Cap’s helmet stick out or be painted on?Aside from the USO costume, Cap’s costumes on film have all featured allusions to the wings without actually having them stick out. 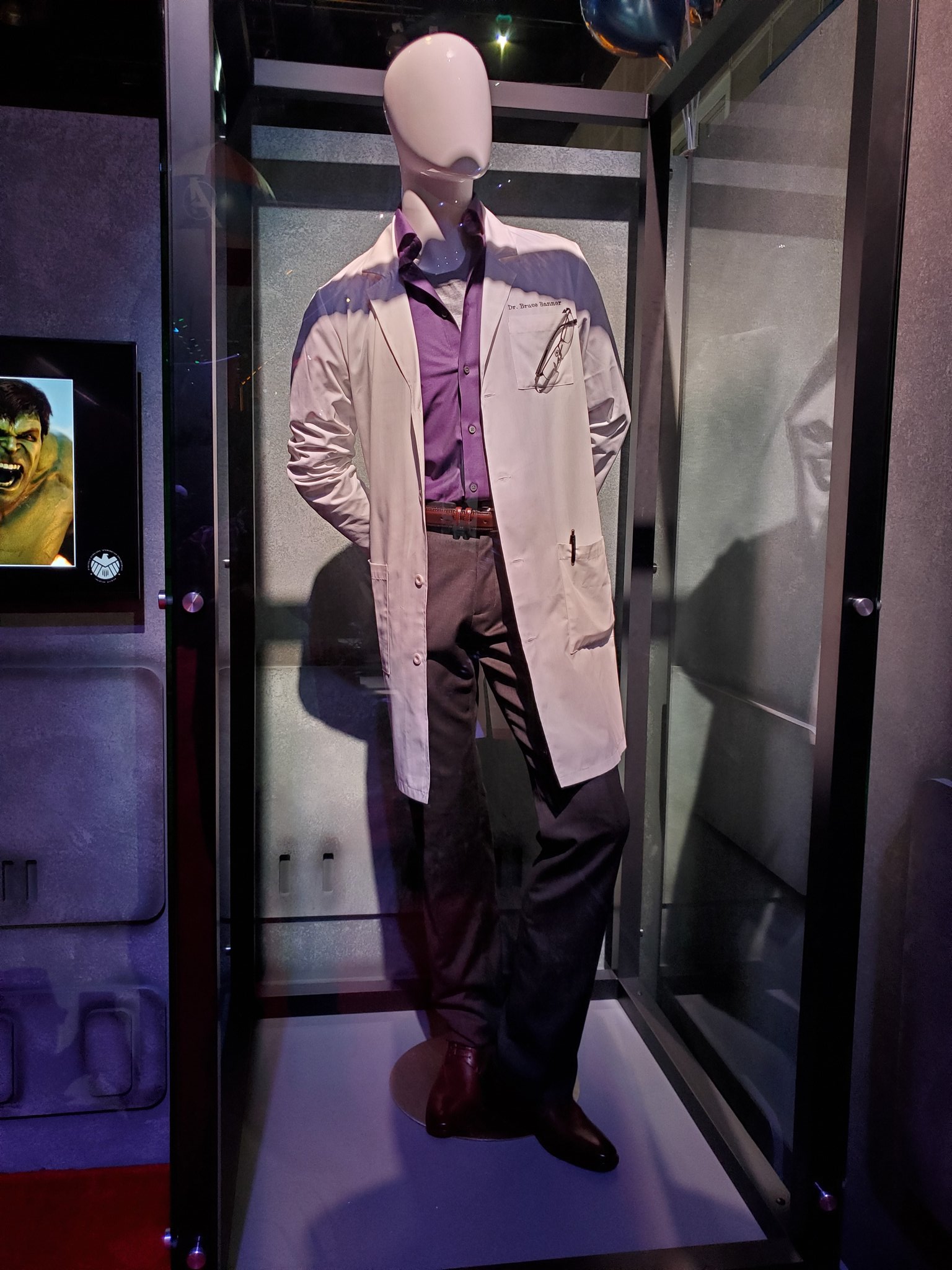 We take our earlier award of best come back from Thor and award it to Bruce Banner.  This costume looks as if it came straight out of The Avengers movie set.  However, it’s instances like this, where the game is clearly trying to channel the movies that make the instances where it’s headed in a totally different direction all the more confusing. 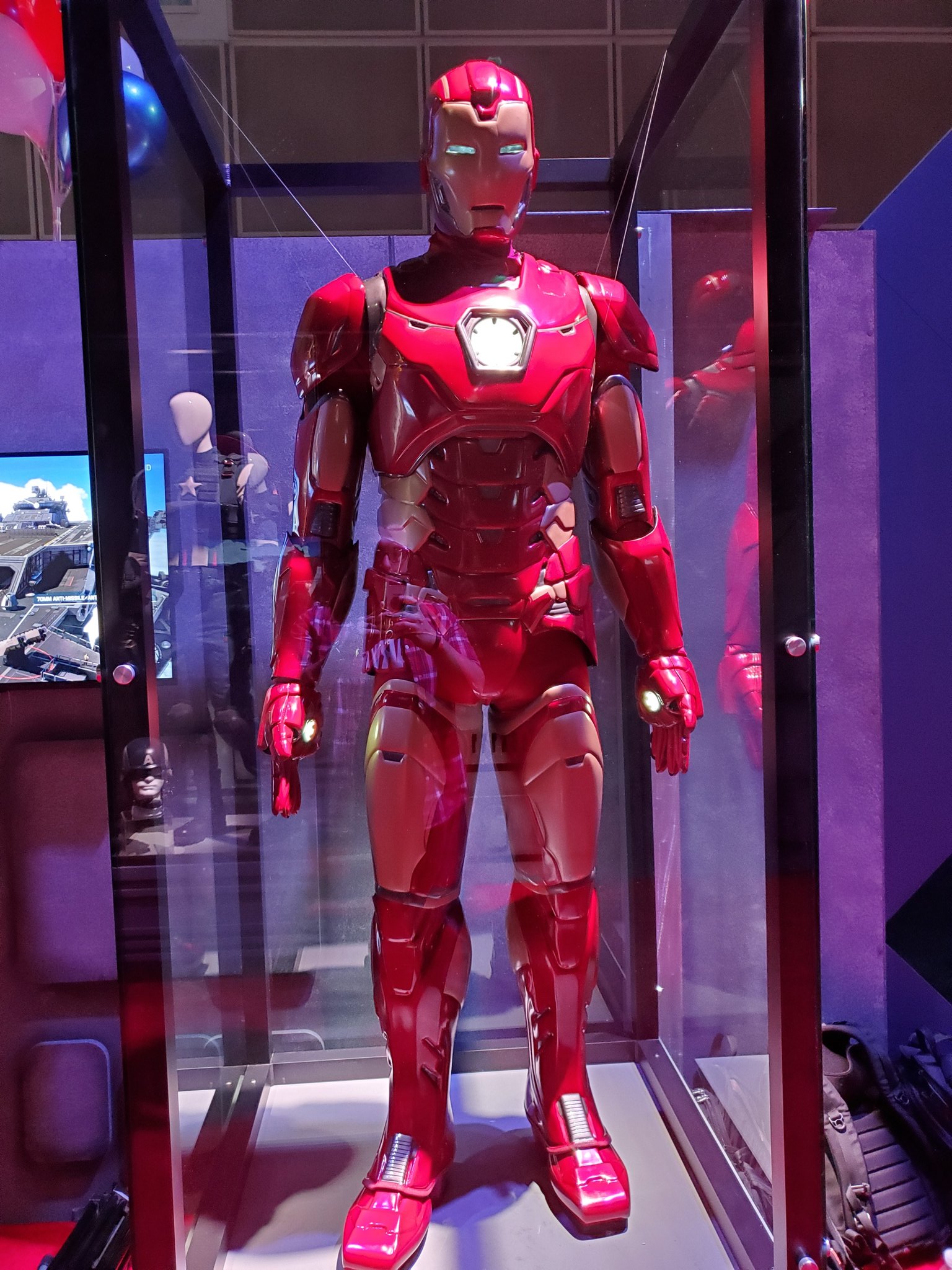 What do you think will be Iron Man’s role in the game? With Cap seemingly making the ultimate sacrifice, the natural assumption would be that Tony would step up to lead the team. 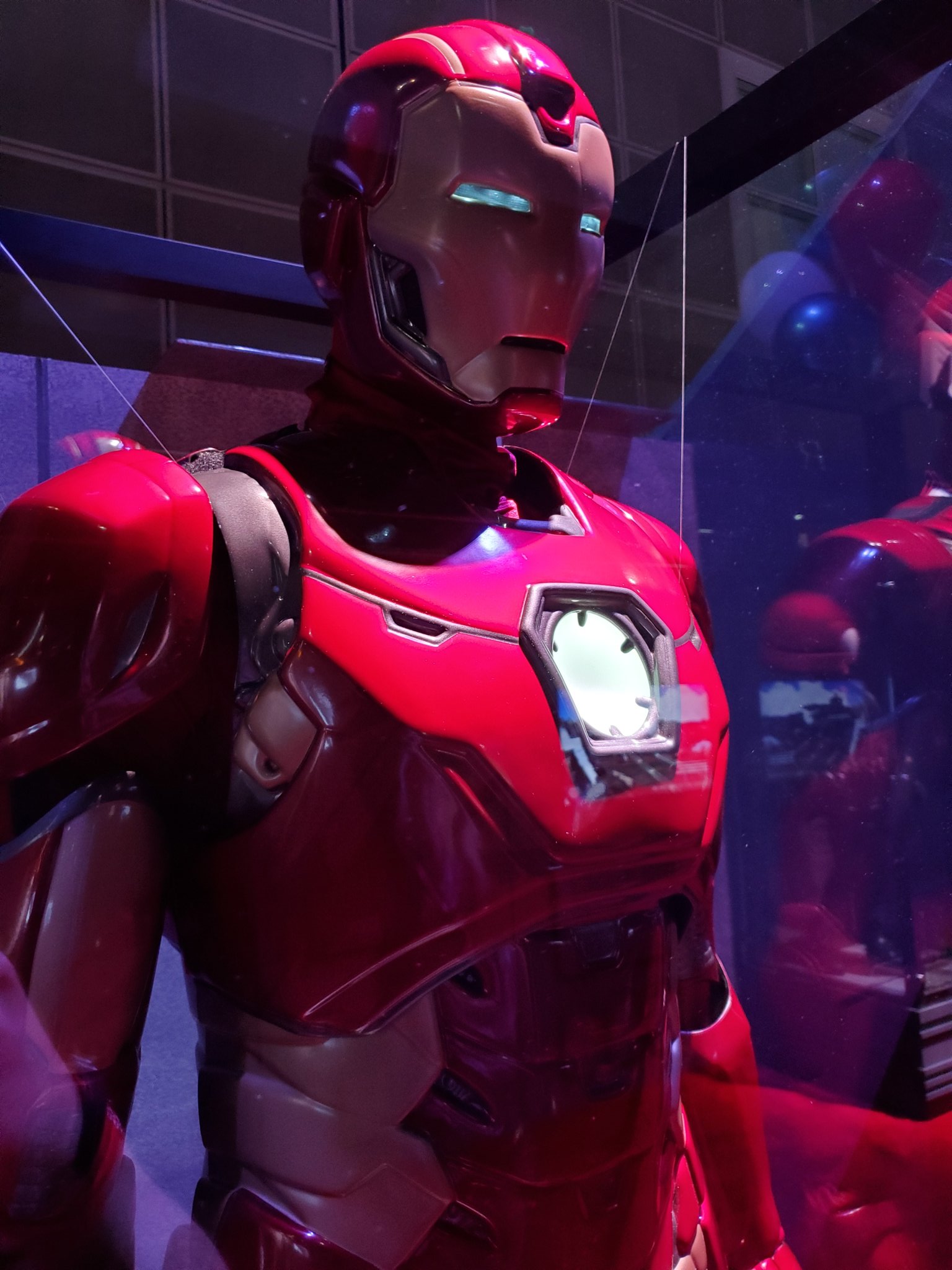 Again, we’d bet the house that the game will have cosmetic microtransactions.  In the trailer, there’s even a brief shot of Iron Man wearing the Starboost or Mark 39 armor.  Do you think that armor will be unlocked in the game or something that players will have to purchase?