Skip to content
As you may recall, Martin Scorsese’s name was thrown around a lot when news of Warner Bros.’ plans for Joker first hit the web. Well, a new story from The Hollywood Reporter reveals that he was indeed once attached as a producer and the filmmaker was even considering directing the movie before Todd Phillips impressed the studio with his take on the iconic villain.

While Scorsese’s rep says that he “had no intention to direct Joker” and only “considered producing,” the trade believes otherwise and reveals that the original plan may have been for the movie to have been set in the DC Extended Universe. However, Toby Emmerich didn’t believe that needed to be the case, hence why Jared Leto was left “alienated and upset by the move.”

While one source claims Scorsese was only asked to produce because a producer based in New York City was required, that doesn’t really add up and it sounds like he chose to quietly leave the project (which was when his producing partner, Emma Tillinger Koskoff, took over Joker producing duties and brought most of the crew from The Irishman with her).

It’s said that reports of Leonardo DiCaprio being considered for the role of the Clown Prince of Crime are incorrect and Joaquin Phoenix was the only actor Phillips ever had in mind.

So, we may never know what really happened behind the scenes but it’s certainly interesting to wonder what might have been. As it stands, Scorsese recently upset legions of Marvel fans with his remarks about those movies but he clearly believed Joker had some big screen potential… One of the most direct references to the comic books in Joker comes when we see Thomas and Martha Wayne leading Bruce out of a movie theater where they’ve been watching Zorro the Gay Blade.

That was obviously the movie the Waynes watched in the comics before they were gunned down, but rather than Bruce dragging them out because he’s scared, it seems they’re just trying to escape the unrest on the streets of Gotham. It’s worth noting that this movie was released in 1981, which confirms that Joker is also set during that year. 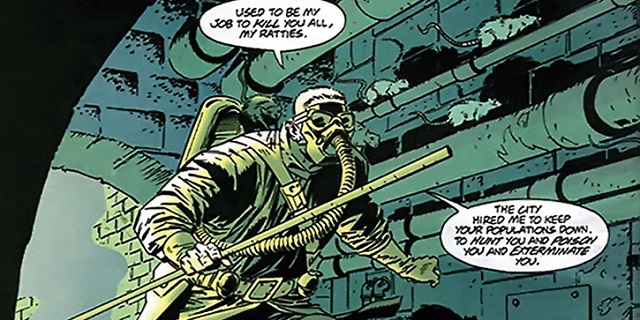 Early on in the movie, we see a news report mentioning that Gotham City has been invaded by “super rats.” Batman has never faced a gigantic rat in the comics, but there is a villain called Ratcatcher.

His real name is Otis Flannegan and he uses his a preternatural ability to train rodents to commit crimes. There’s nothing to indicate that’s what’s happening here, of course, but it’s possible it’s a nod to the villain! 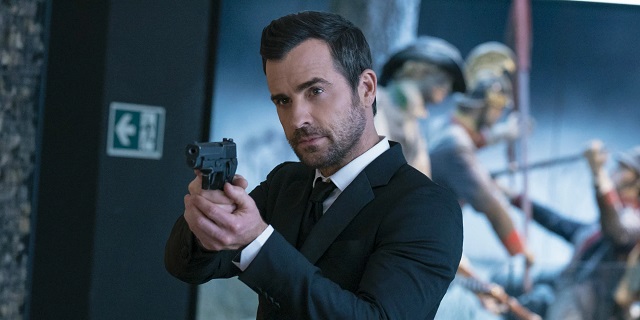 Justin Theroux has seemingly become the master of noteworthy cameos in big franchises, because after his brief appearance in Star Wars: The Last Jedi, he shows up in Joker as well.

We see him when Arthur is playing that tape of Murray Franklin welcoming a guest named Ethan Chase on the show to promote something called American Playboy. It’s hard to tell, but that is indeed Theroux who makes this small, but still really fun little cameo in the DC Comics movie. 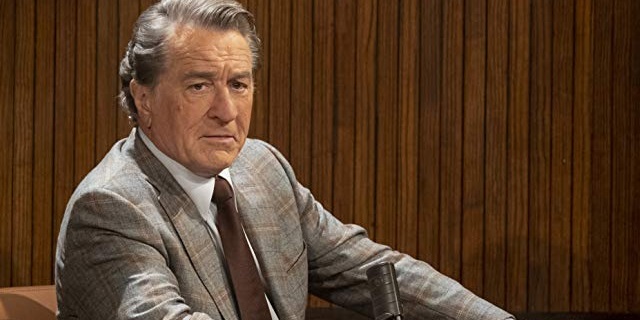 As has already been noted online, the font used for “Live With Murray Franklin” is the same we saw in the Batman: The Animated Series titles. It’s not the only nod on this show, though.

Arthur’s dressing room is #404. That was the first chapter in Frank Miller and David Mazzucchelli’s iconic Batman: Year One, a story that doesn’t necessarily inspire what we see in Joker, but definitely has the same tone. The 1980s setting is also the same and this could be where Todd Phillips looked for inspiration for his take on Gotham City. Look closely and you’ll notice that Dr. Benjamin Stoner is responsible for Penny Fleck’s diagnosis. Well, in the comics, a Dr. Stone was also part of Arkham Asylum during the 1980s and he later went on to become a rather obscure Doctor Fate villain!

There’s another possible Easter Egg with Detective Burke, one of the cops pursuing Arthur. We don’t learn his first name, but there was a Tommy Burke who was a detective in the pages of Detective Comics and Gotham Central. However, he doesn’t seem to have much in common with this version. If you’ve got sharp ears, you might notice that one of Arthur’s co-workers is played by Bryan Callen, the comedian and actor who played Eddie in Todd Phillips’ Hangover movies.

He said on a podcast a while back that he had been cast as an ageing stripper in Joker, so chances are he was meant to have a larger part which got cut down either for timing issues, or because he revealed more than Warner Bros. wanted him to! With any luck, he’ll make it into the deleted scenes. Arthur performs his admittedly terrible stand up set in Pogo’s Comedy Club, and there’s probably a good reason it’s named that. It’s not because it’s based on an iconic location, however; instead, Pogo the Clown was actually serial killer John Wayne Gacy’s “respectable” alias.

This is a dark hint at what’s to come for Arthur later in the movie and a very clever little touch. When Arthur manages to track down his “father” Thomas Wayne in that theater, the film playing is 1936 comedy Modern Times starring Charlie Chaplin.

This film was actually added to the Library of Congress in the US National Film Registry in 1989 as it was deemed “culturally significant.” The movie is a commentary on poor working conditions in the industrial age and there are themes in there which are definitely relevant to Joker and our world. Joker’s appearance on Franklin Murray’s talk show is very similar to The Dark Knight Returns, as he commits a similarly violent act in that story.

However, another nod comes when Joker plants a kiss on a fellow guest. Dr. Sally has to be a nod to Dr. Ruth Weisenheimer from Frank Miller’s seminal tale, so Todd Phillips clearly paid some attention to the source material when crafting this particular scene in the DC Comics adaptation.

This is easily missed on a first viewing, but when Arthur is putting on his makeup, he picks up a photo of his mother as a young woman with a message on the back reading, “Love your smile, TW.”

He quickly crumples that up and dismisses it, but this could very well be confirmation that Thomas Wayne is Arthur’s father. Alternatively, Penny might have written it on there herself! Arthur pays a very tense visit to Wayne Manor where he comes across his “brother” Bruce Wayne. In one of Joker‘s weirdest nods, the young Bruce slides down a pole in his playground in what feels like a very direct reference to the Bat-Pole which became a staple of the 1960s classic TV series.

Oh, and the Englishman who gets roughed up by Arthur is exactly who you think he is. Actor Douglas Hodge is credited as Alfred Pennyworth at the end of the film despite never being named in it.

A Nod To Batman’s Co-Creator 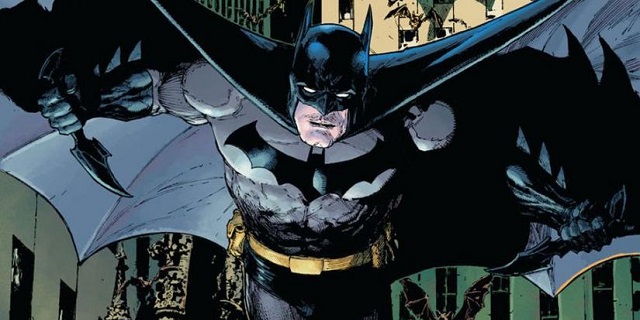 Early on in the movie, Arthur meets with his social worker, Debra Kane. She was actually a character in the Batman novel The Ultimate Evil, but common sense says this is a nod to Batman co-creator Bob Kane.

There’s also a possible reference to Bill Finger, as Sophie Dumont works in Gotham Savings Bank on 20 William Street. That might be something of a stretch, though, especially as Finger is so often overlooked in movies.