Before Lucasfilm debuts the trailer for Jon Favreau’s The Mandalorian at D23, some new footage from Star Wars: The Rise of Skywalker has leaked online. Hit the jump to check out the low-quality teaser… 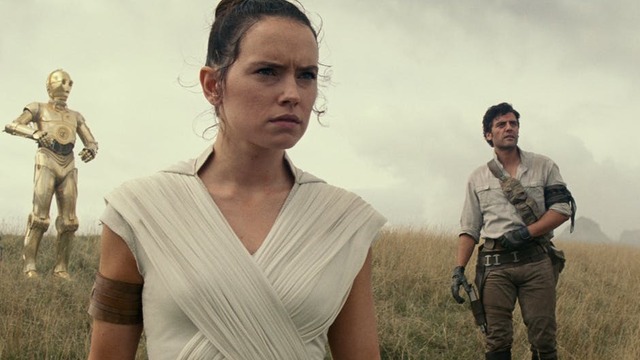 While The Mandalorian looks set to receive the biggest marketing push at D23, Disney and Lucasfilm still took the time to showcase some new footage for Star Wars: The Rise of Skywalker.

The footage was meant for those who attended the event, but as expected these days, someone has leaked the teaser online, providing us with a new glimpse at the final installment in the legendary Skywalker Saga.

There’s only about ten seconds’ worth of footage, and a good chunk of the clips were seen in the first official trailer for The Rise of Skywalker. However, there are still some new snippets littered throughout, including a scene that reveals the return of Darth Vader’s helmet and a nice moment between Rey and Finn.

Star Wars: The Rise of Skywalker is scheduled to fly into theaters on December 20, 2019 and will see Daisy Ridley, John Boyega, Oscar Isaac, Adam Driver, and Mark Hamill return to reprise their roles.

Here’s the new THE RISE OF SKYWALKER footage shown at #D23!