Skip to content
According to the reliable folks over at Making Star Wars, Billie Lourd (Carrie Fisher’s daughter) may have done more than just plat Connix in Star Wars: The Rise of Skywalker. The site claims that we’re getting a flashback sequence which will take place shortly after the events of Return of the Jedi.

In those, Luke Skywalker and Princess Leia will be shown talking about why she can’t become a Jedi and it seems as if they’ve had some sort of vision in which they foresee a disastrous future should she head down that path. However, this report strongly indicates that they may have misread the situation or that what they saw could have been somehow manipulated.

After all, remember Luke’s vision before he made his way to Cloud City? That confrontation with Dark Vader led to him losing a hand and Han Solo’s eventual capture and Leia being a General seemingly played a big role in what ultimately became of Kylo Ren as it was Luke who trained – and failed – him.

As for Lourd, it’s said that she plays her stand-in for moments which will be augmented with CGI.

As for Harrison Ford’s Han Solo, it doesn’t sound like he will be de-aged for this conversation but we know from recent rumours that he is set to reprise the role in Star Wars: The Rise of Skywalker.


For a recap of everything we learned from the Episode IX
panel at Star Wars Celebration, hit the “View List” button below! 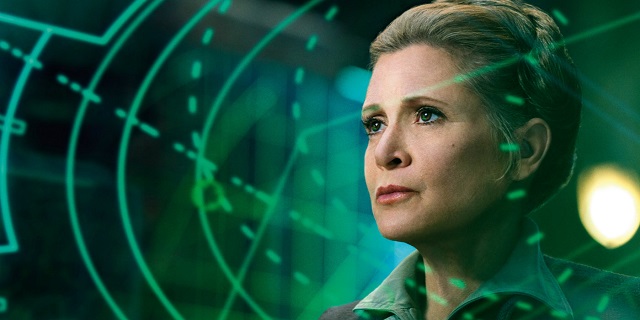 As we learned some time ago, J.J. Abrams will be utilizing unused footage of Carrie Fisher from The Force Awakens to give her a role in this movie. “The weird miracle of having had a number of scenes from Force Awakens that had gone unused and looking at those scenes and realizing that there was a way of using those scenes to continue that story.”


“And the idea of CG, we didn’t even want to try,” the filmmaker confirmed. “We thought, what if there’s a way to work around those scenes we had? Emotionally it’s every day, it hits me that she’s not here, but it’s so surreal because we’re working with her still.” With no CG, it will be interesting seeing what sort of farwelll the actress receives here. 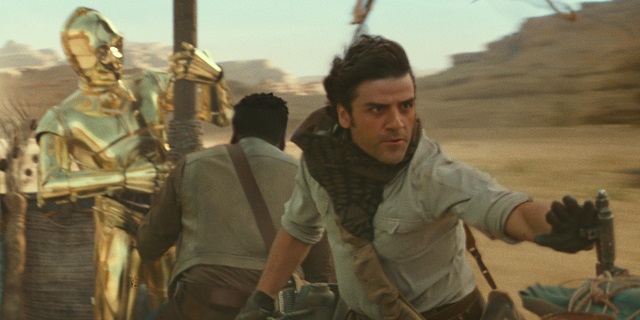 Just like Return of the Jedi jumped ahead in time, it seems as if the same will be the case with The Rise of Skywalker. “The movie does not pick up immediately after the last film,” Abrams confirmed. “Some time has gone by.”

With the three leads on mostly separate missions in The Last Jedi, the filmmaker promises that this film will open with the trio on a mission together alongside fan-favourites like Chewbacca, BB-8, R2-D2, and Threepio. It’s about time! 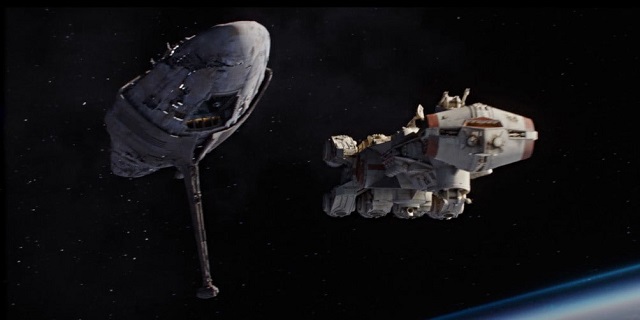 A sizzle reel shown to fans during the panel revealed what appeared to be an updated version of the Tantive IV from A New Hope. Could it be that the iconic spaceship has been updated and retrofitted by the Resistance after their entire fleet was wiped out by The First Order in The Last Jedi?

Interestingly, the ship was shown in a jungle setting not dissimilar to the Rebel Base on Yavin, so it’s feasible that the heroes have returned there in a bid to regroup and increase their ranks. 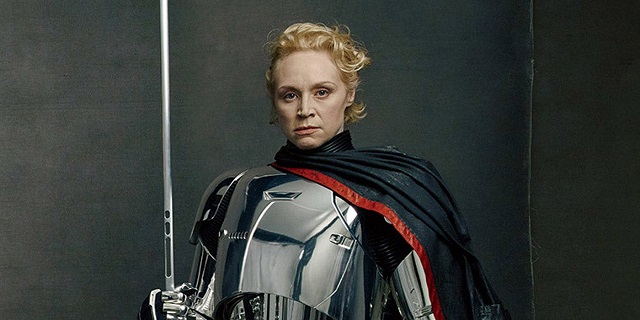 A lot of fans were extremely disappointed with the way Captain Phasma was used – and ultimately killed off – in The Last Jedi. Unfortunately, those of you hoping she might make some sort of surprise return in the finale to this trilogy will be let down.

Asked about the fallout from their duel, John Boyega (Finn) said: “She’s gone, rest in peace. She’s gone. Got rid of her.” It seems as if Gwendoline Christie’s Phasma could end up being the Heimdall of the Star Wars franchise! 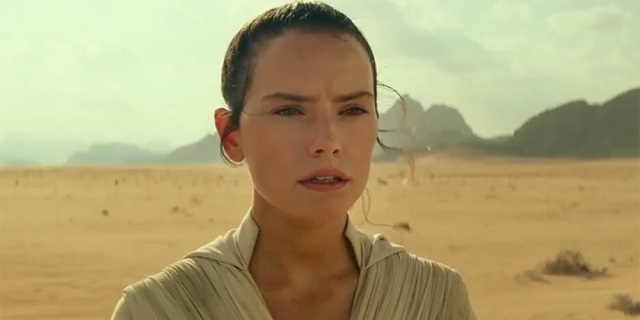 The first trailer for The Rise of Skywalker featured a lot more footage than past Star Wars teasers, but work has been going on for quite some time now so you probably won’t be surprised to learn that shooting has wrapped and Abrams is currently deep in post-production.

Lando Calrissian Is Back 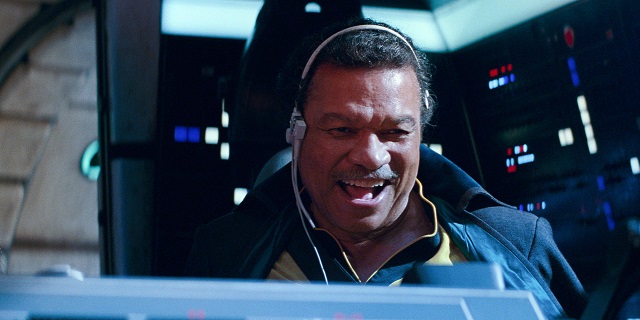 It’s about damn time Billy Dee Williams returned as Lando Calrissian, and the actor had nothing but good things to say about his time working alongside Abrams on The Rise of Skywalker.

When one fan mentioned Lando’s decision to betray Han, Williams noted that he was up against Darth Vader and believes his character ultimately made the right choice.

The Movie Is Definitely A Big Deal 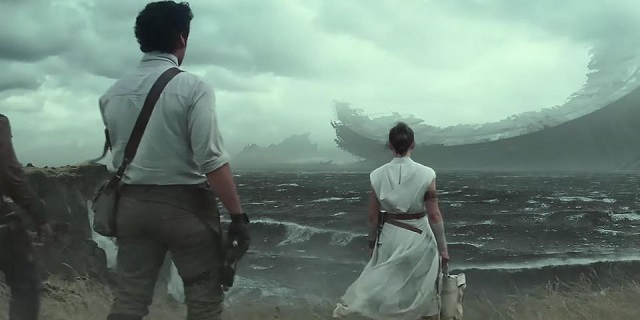 Make no mistake about it; those working on The Rise of Skywalker are well aware that Episode IX is a big deal, and the pressure to deliver a satisfying finale to the Skywalker Saga isn’t lost on them.

“We’ve immersed ourselves in everything George [Lucas] created,” Kathleen Kennedy said before adding that director J.J. Abrams “cares more than anyone I know.” However, she noted that things have changed since Lucas’ time and that the main challenge has been trying to keep the same universe relevant to a new audience. “We’ve taken to heart everything that inspired George.”

Abrams, meanwhile, was quick to point out that, “This movie is about this new generation and what they’ve inherited, the light and the dark, and ask the question, are they prepared to face the greatest evil and the dark?” 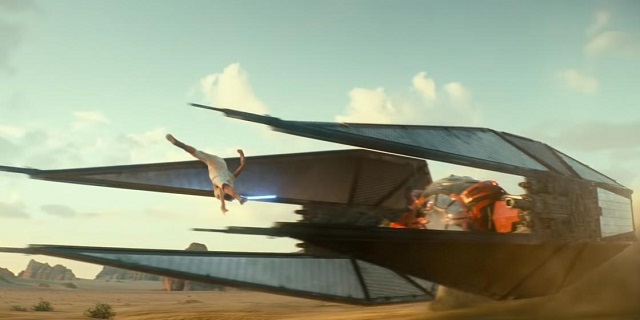 The biggest complaint about George Lucas’ Star Wars prequels was the fact that he relied too heavily on special effects. With The Force Awakens, Abrams attempted to go back to basics and with The Rise of Skywalker, he says “We did everything we could to have it in-camera.”

That’s going to be music to the ears of fans and Abrams mentioned that a large chunk of the movie was shot on location in Jordan when it could have been done with green screen and the like.

Naomi Ackie is playing a character called Jannah in the movie and while no one was willing to provide any specific details about who she is and what she’s up to, the actress did indicate that we’ll see her join the core group of heroes. “The original group are going on this epic, epic adventure together and I’m so excited about where Jannah crosses paths with them,” she teased.

Asked to address rumours that she may be a Calrissian, the actress laughed and said: “Lando is a very charming man, so he could have children all over the universe, that’s all I’m saying.” 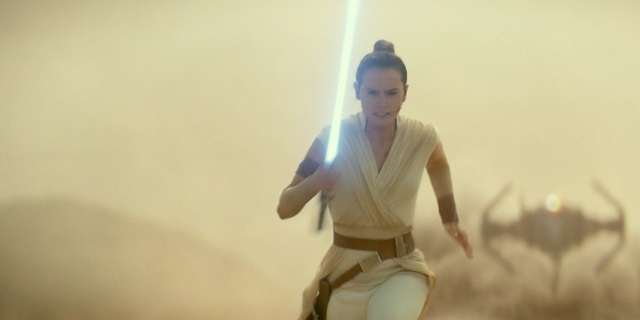 We know that Rey stole the Jedi texts from Luke so has she been using them to train? Daisy Ridley was hesitant to say too much, but it sounds like she’s definitely put them to good use.

“Those books are pretty large, she might have gone through part of them. I guess she’s getting through them.” As for how she appears to have a repaired version of Luke Skywalker’s lightsaber despite it being destroyed in The Last Jedi, she adds: “My answer is not the end of the story, but the lightsaber that Rey inherited from Luke lives.”

Rose Tico Is Back 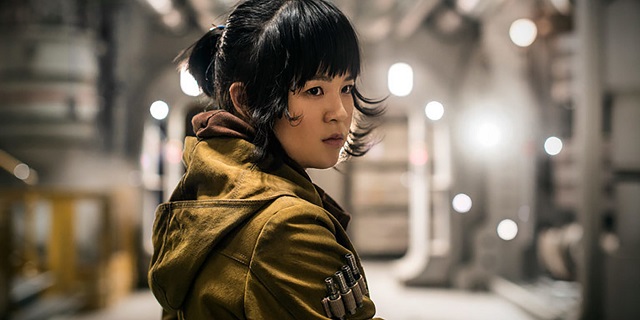 Sorry, haters. For reason which aren’t entirely clear, a lot of “fans” hated Rose Tico and harassed actress Kelly-Marie Tran online as a result. However, the character is out of her coma and Abrams likes her a lot.

“I was grateful to Rian Johnson for so many things he did,” the director said. “The greatest for me was casting Kelly-Marie.” A photo was shown of the actress in a new Resistance uniform. 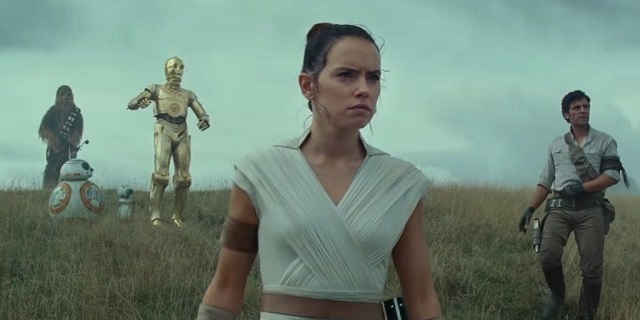 Rey showed off some impressive Force powers at the end of The Last Jedi when she moved those boulders, so can we expect to see anything new from her in this finale?

“There are some extraordinary things that the character and Daisy did in this movie,” Abrams teased, making it clear that we will see something new from her in TROS. What that will be obviously remains to be seen for now.

Chewbacca Has A Key Role 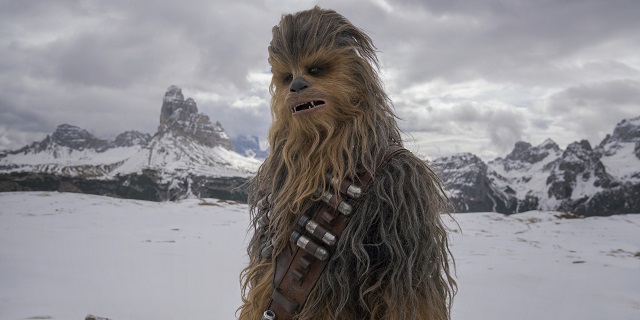 Chewbacca fans clearly won’t be disappointed with the Wookie’s role in the movie, as new actor Joonas Suotamo explained that he will have a large role to play in the finale after taking a back-seat in the previous two chapters. “Chewbacca is a duty for me at this point” he explains.

The New Droid And Creatures 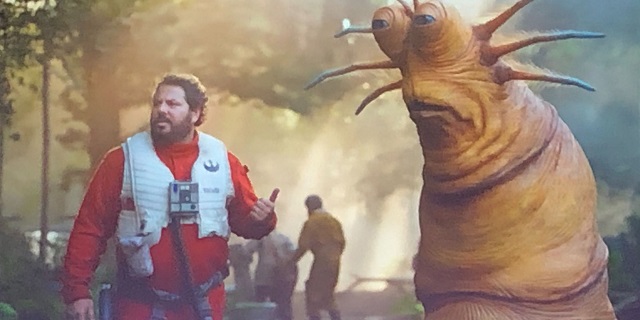 It should be no great surprise that The Rise of Skywalker will feature some new aliens and one of them is Klad, a unique looking creature who Abrams says is a “fun character” who is “a friend of the Resistance who it turns out Chewie brought in.”

“When we did Episode 7 I thought there was no way to top what had been created in terms of creatures. When we see this movie you’ll see Neal [Scanlan] did incredible work in terms of what he built.” As for that new droid, DIO made a surprise appearance on stage and he’s expected to be an ally to BB-8. 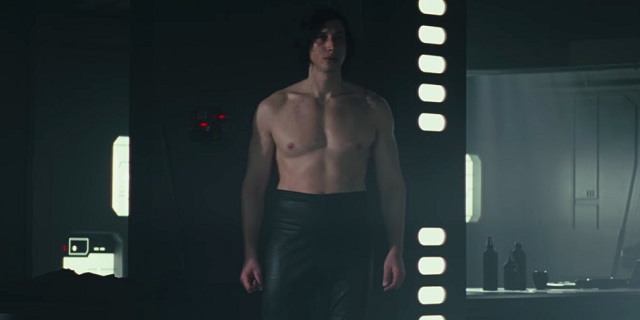 One of the most talked about moments in The Last Jedi came when we saw a surprisingly buff Adam Driver as Kylo Ren…minus his shirt. However, it doesn’t sound like that’s something Abrams has any plans to repeat in The Rise of Skywalker.

“I think I can confirm: no more naked Kylo,” Ridley said. Boyega, meanwhile, seeming dismissed the possibility of romance between characters by saying: “It’s the middle of war, we’re trying to figure ourselves out. It’s a very distracting place to fall in love.” Does that mean the door has been closed on him and Rose? We’ll have to wait and see.