Skip to content
Star Wars: The Rise of Skywalker has been in theaters for weeks now but the reveals keep coming and we have some great ones for you today. More Easter Eggs have been spotted in that final battle (including another reference to Star Wars Rebels), while another explanation for Emperor Palpatine’s return to the land of the living has been revealed by a tie-in book.

There’s also a huge rumour about a possible Knights of the Old Republic movie AND TV show, a fascinating Baby Yoda story from the set of The Mandalorian, and news on Mark Hamill quitting Facebook.

We also hear from Rian Johnson about his rumoured Star Wars trilogy and have some surprising updates about how The Rise of Skywalker is doing at the box office following this past weekend.

So, for your fix of new Star Wars news, all you guys have to do is click the “View List” button!

Would Taika Waititi Be Open To Directing A Star Wars Movie? 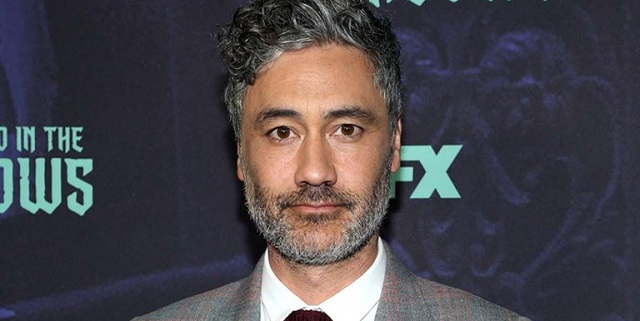 Thor: Ragnarok and Jojo Rabbit helmer Taika Waititi helmed the season finale of The Mandalorian, arguably one of the best episodes of the first eight chapters. Does that potentially open the door to him tackling a Star Wars adventure on the big screen? “Oh, I don’t know anything about that,” he tells Variety, “but ‘Mandalorian’ was my chance to work with some stormtroopers.”

Asked specifically if he would want to direct a Star Wars movie, he added: “Yes. Obviously I would, but I’m going to just settle for IG-11 being the hero of the entire season.” Fair enough!

A Knights Of The Old Republic Movie…And TV Show? 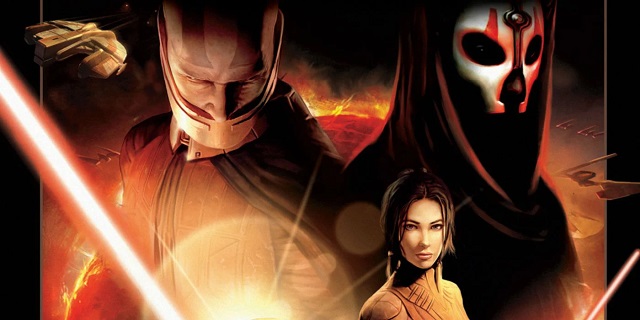 According to FandomWire, Lucasfilm is currently developing a Knights of the Old Republic movie and TV show. It doesn’t sound like it will be an adaptation of the video game, though, and will instead tell other stories during that era (around 4000 years before the events of A New Hope).

It was recently revealed that the studio is planning movies set during the “High Republic” era but those would clearly be unrelated to this as they’re expected to be set hundreds of years ago. Either way, it appears as if the plan is to delve into the past of this Galaxy rather than filling in the gaps of the current trilogies with spinoffs or even going beyond that with The Rise of Skywalker sequels.

Baby Yoda Costs How Much?! 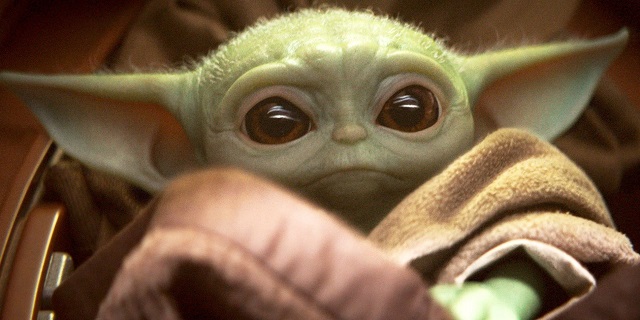 Adam Pally was one of the Stormtroopers responsible for “caring” for Baby Yoda in the season finale on The Mandalorian and ended up getting his finger bitten off for his troubles. After revealing that it was Jon Favreau who offered him a cameo, the actor told Entertainment Weekly just how much that puppet costs.

“I remember the first take that I did when I punched him,” he said. “They called ‘Cut!’ and Jon, who was watching on a monitor in his office, he came down from this office and said, ‘I just want to let you know that this is the hero Yoda [the main prop used for close-ups] and it costs, like, $5 million. So while I want you to hit it, I just want you to know that.’ Because I think I took a big swing at it. And the next three takes I missed, because I was so nervous.”

As for what it was like to work with The Child, Pally added: “I gotta tell you, the truth is that Baby Yoda is a bit of a diva. He’s constantly vaping.” 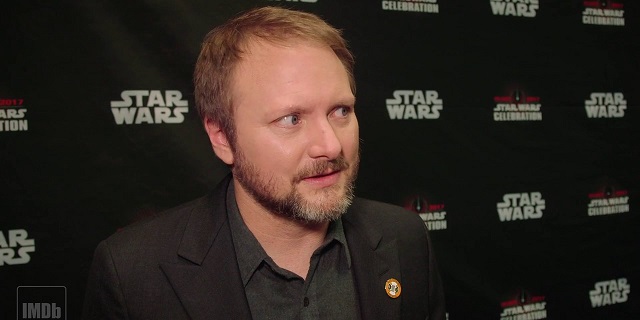 Star Wars: The Last Jedi director Rian Johnson is currently doing the rounds to promote Knives Out as it continues to receive some serious awards attention and, as you might expect, he was asked about that Star Wars trilogy he’s supposed to be working on. In recent months, it’s become unclear whether Lucasfilm will be moving forward with that and Johnson isn’t sure what’s happening.

“I’m still talking to Lucasfilm,” he tells Variety, “but they haven’t announced anything on their slate yet.”

It’s hard to say whether that’s a good or bad update about the project but it appears as if we’re all going to have to be patient when it comes to where this franchise goes after The Rise of Skywalker.

An Awesome New The Rise Of Skywalker Easter Egg

One eagle eyed fan on Reddit has spotted some Mandalorian starfighters flying alongside The Ghost from Star Wars Rebels during the final battle over Exegol in The Rise of Skywalker.

That has to have something to do with Sabine Wren being on board and is hopefully something the rumoured sequel series to the Disney XD show will explore. Also spotted are some Naboo starfighters as people from that planet finally decided to get justice for what Palpatine did to them!

The Rise Of Skywalker’s Shocking 91.5% Drop At The Box Office 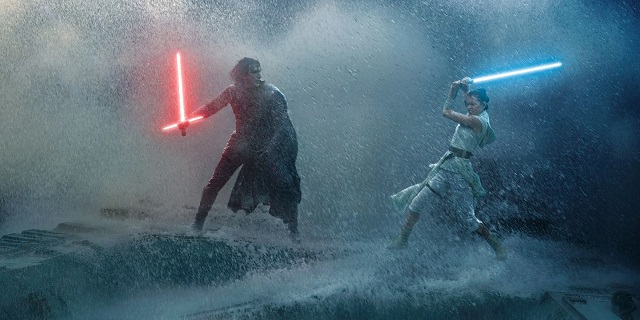 Forbes has a very interesting new story up taking a closer look at Star Wars: The Rise of Skywalker‘s fall from the top of the box office. While it’s not surprising that Golden Globe winner 1917 dethroned the movie after four weeks, box office analysts are surprised by one thing, in particular.

With $15.1 million this past weekend, the final chapter in the Skywalker Saga dropped by 91.5% compared to its $177.4 million opened weekend last month. That’s a huge drop and a sign that moviegoers simply have no interest in repeat viewings (hence why it’s taken so long to reach $1 billion).

The Return Of A Familiar Face

Don’t know if this was posted before, but Sidon Ithano from TFA was in TROS during the final battle on the Star Destroyer and at the end with everyone else. As a fan of his character, pretty damn cool to see. from r/StarWarsLeaks

Another awesome Easter Egg that’s been spotted in The Rise of Skywalker is the unexpected return of Sidon Ithano. He was one of the pirates Finn was going to head off into the distance with in The Force Awakens but he clearly felt inspired to return and help the Resistance during their hour of need.

So disappointed that #MarkZuckerberg values profit more than truthfulness that I’ve decided to delete my @Facebook account. I know this is a big “Who Cares?” for the world at large, but I’ll sleep better at night. #PatriotismOverProfits 🇲🇾>💰 https://t.co/seb2eJMTo6

Following the news that Facebook will not ban adverts from politicians which contain lies on the social network, Mark Hamill has confirmed that he’s deleting his account on the divisive site.

It remains to be seen whether other celebrities will follow suit but the company has said that they don’t believe it should be down to private companies to make decisions about political adverts.

More Details About The Emperor’s Return 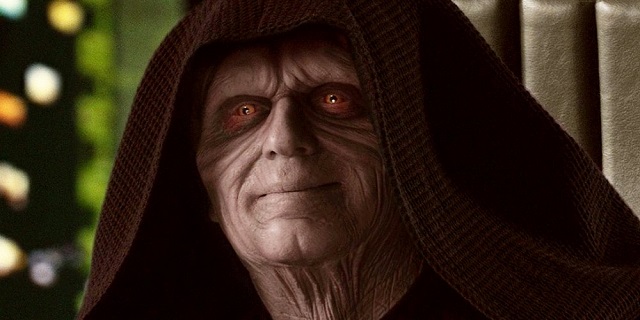 A few more pieces of intel from The Rise of Skywalker‘s Visual Dictionary have surfaced, this time relating to The Emperor’s return from the dead. Apparently, the hooded “Sith Eternals” in that arena used a combination of “technology and the occult” in order to restore their fallen leader.

As for how they managed to create an entire fleet of “Xyston-class” Star Destroyers, they used their influence across the Galaxy to smuggle parts and their kids are the Sith Troopers on board. This all feels like something the movie itself probably should have addressed, don’t you think?

Nien Nunb Denies Death In The Rise Of Skywalker 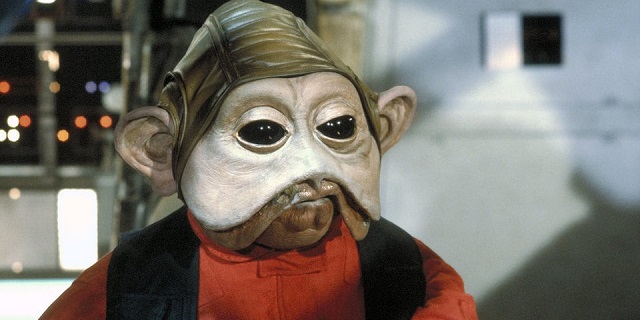 It was recently reported that Nien Nunb died during The Rise of Skywalker‘s final battle. However, Mike Quinn (the actor who plays him) has been quick to try and debunk those claims.

“There’s not a single piece of evidence to suggest otherwise in the final movie,” he tells Fantha Tracks. “He’s piloting Leia’s ship from the first Star Wars movie that carries the Death Star plans, the Tantive IV. It gets zapped with Palpatine’s electricity, as does Poe’s X-Wing and everyone else’s craft. Then later Poe states ‘We’re back online.’ There’s no explosion of the Tantive IV anywhere.”

“We even see a ship looking like the Tantive IV coming in to land above the trees at the end.”

The actor adds that he did die during a deleted scene but it wasn’t in the movie itself, so it doesn’t count! Honestly, we’re not sure why he’s fighting for this but what do you guys think?