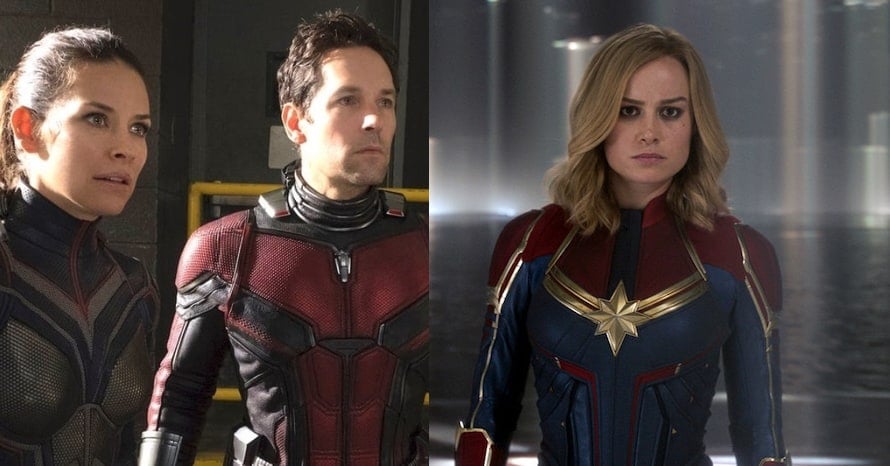 The official working titles for Ant-Man and the Wasp: Quantumania and The Marvels have been revealed.

After the recent news that Nia DaCosta’s Captain Marvel sequel is now titled The Marvels (since it’ll follow Carol Danvers, Monica Rambeau and Kamala Khan), the working title for the film has been revealed thanks to Production Weekly. But interestingly the news means that earlier reports about the title used by Ant-Man and the Wasp: Quantumania were mistaken, since The Marvels will be working under Goat Rodeo. But the real working title for the Paul Rudd sequel has been revealed.

The news comes soon after Marvel Studios confirmed that Ant-Man and the Wasp: Quantumania will arrive at the start of 2023. And although it seemed like it was going to film using the Goat Rodeo title, the upcoming film actually has the working title Dust Bunny. It’s not exactly clear what this means in terms of the sequel itself – unless the two microscopic heroes go up against dust bunnies as well as Jonathan Majors’ Kang the Conqueror…

What do you make of the working titles for Ant-Man and The Wasp: Quantumania and The Marvels? Which movie are you more excited to see? Sound-off in the comments below!

Ant-Man, the Wasp and Captain Marvel were all last seen in Avengers: Endgame. Here is the official plot synopsis for the Marvel Studios film:

Avengers: Endgame is now available on Digital HD, 4K Ultra HD, Blu-ray, and DVD. Stay tuned for all the latest news on the Marvel Cinematic Universe and be sure to subscribe to Heroic Hollywood’s YouTube channel for more original video content.