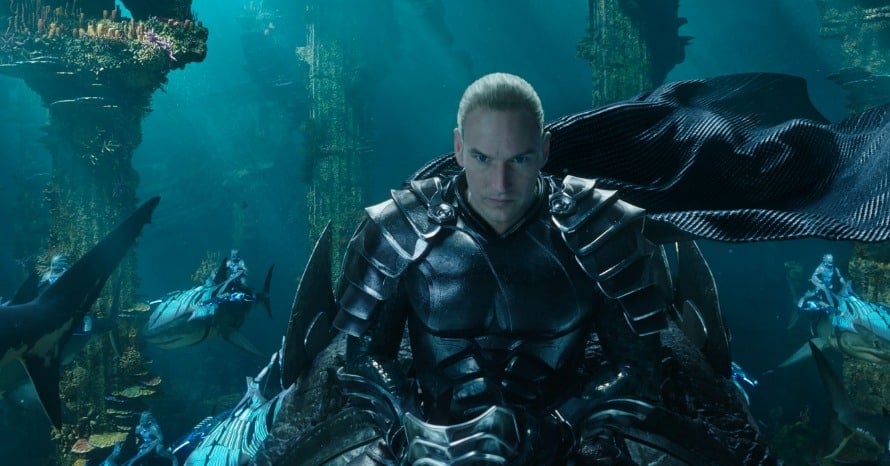 Patrick Wilson has started training for his return as Orm in Warner Bros. and DC’s Aquaman 2.

Amber Heard recently took to her social media pages to tease her return as Mera in Aquaman 2 and now her co-star Patrick Wilson is following in her footsteps with a cheeky Instagram post of his own for his role in the DC Films project. Wilson made his on-screen DC Extended Universe debut (he had a voice cameo in Batman v Superman: Dawn of Justice) in the first Aquaman movie, playing King Orm, the half-brother of the titular hero portrayed by Jason Momoa.

In a new Instagram post, Patrick Wilson revealed that he is currently training to reprise his role as Orm in Aquaman 2. Wilson announced that he’d be back for the sequel during last year’s DC FanDome event, but he has previously revealed that he won’t be the main villain this time around. Check out the actor’s Instagram post below.

Game of Thrones star Pilou Asbæk joined the cast of Aquaman 2 last week, but his role in the movie is being kept under lock and key. Based on recent comments by Dolph Lundgren, Aquaman 2 is expected to begin production later this year.

Here is the official synopsis for Jason Momoa’s Aquaman movie:

Aquaman is available on Digital HD, 4K UHD Combo Pack, Blu-ray Combo Pack, and DVD, with the sequel currently scheduled for December 16, 2022. Stay tuned for all the latest news regarding Patrick Wilson’s Orm and his return in the sequel, and be sure to subscribe to our YouTube channel for more content!