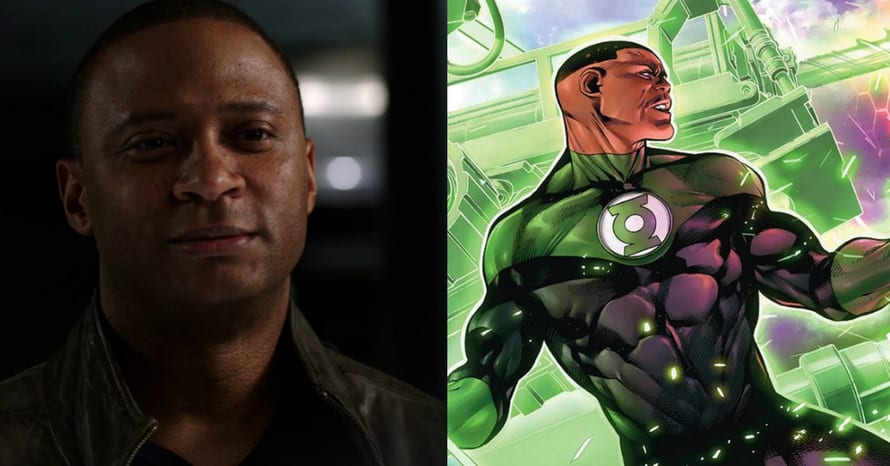 Arrow star David Ramsey opened up about the consequences regarding the Green Lantern tease that shocked fans.

As Arrow was coming to its conclusive end, David Ramsey’s fan-favorite character John Diggle came across a small crashed box that, when opened, contained a slight green hue to it. It doesn’t take a hardcore fan to realize that this box contains a Green Lantern ring and that Diggle is destined to join the intergalactic team. Fans latched onto this tease and are hoping to see Ramsey join the space force soon, as he’s still a regular in the ever-expanding Arrowverse. And while expectations might be high for what Diggle will do, Ramsey has confirmed that the character won’t be joining the Green Lanterns.

In a recent interview with TV Line, David Ramsey revealed that his upcoming appearances in the Arrowverse will explore the implications of him turning down the invitation to become a Green Lantern.

“No, we don’t get into that. This is a very, very, very preliminary [look at] what happens from this refusal, and what it means to his destiny. We simply get into the preliminary physical effects of his refusal of whatever it was in that box.”

It’s interesting how David Ramsey doesn’t explicitly mention that box’s object is of Green Lantern origin. It’s hard to imagine the box being anything else. Ramsey continued by discussing why his Arrow character is refusing the invitation.

“We’ve gone to great lengths over the years to make Diggle one of the more grounded characters. Any time he would go fast with Flash, he would throw up, and he was always amazed when he saw someone flying. All these things were kind of otherworldly to him, because he was a very earthbound hero. And after Crisis, he got back his wife, who was abducted by the Monitor, and he got back his daughter Sara, who was taken out of existence by Flashpoint. So part of Diggle’s story is that the last thing he would want to do right now is receive an invitation from something otherworldly, because he finally has his family back, and he lost his best friend to some otherworldliness. So he refused the invitation of whatever was in the box, but there are consequences to that, and that story, what he will do next, is part of what we tell throughout these four episodes.”

What do you think about the Arrow character not taking on the Green Lantern mantle? Comment below and let us know!

Here is the official synopsis for the series finale of Arrow:

STEPHEN AMELL SIGNS OFF AS THE GREEN ARROW; EMILY BETT RICKARDS RETURNS FOR THE SERIES FINALE OF “ARROW” – After eight seasons, and the launch of countless superheroes, the series wraps up the story of the Green Arrow (Stephen Amell). Emily Bett Rickards returns as Felicity. James Bamford directed the episode written by Marc Guggenheim & Beth Schwartz (#810). Original airdate 1/28/2020.

Stay tuned for all the latest news regarding David Ramsey and his future in the Arrowverse and be sure to check out and subscribe to Heroic Hollywood’s YouTube channel for more content!