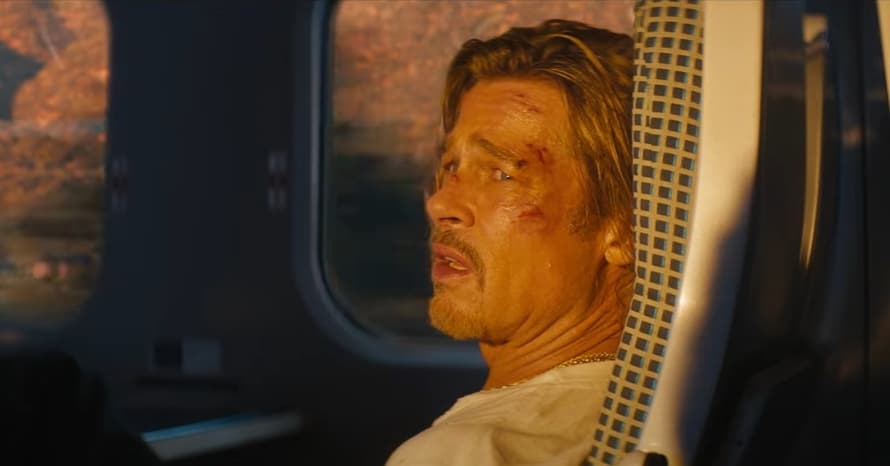 Brad Pitt has teamed up with Deadpool 2 director David Leitch for the action-packed Bullet Train.

Who says Hollywood doesn’t make original films anymore? Director David Leitch, best known for directing Hobbs & Shaw and Deadpool 2 has teamed up with an all-star cast for the upcoming action film Bullet Train. Set aboard, you guessed it, a Japanese bullet train, the film follows several players as they try to nab a mysterious briefcase. With several parties involved, including what appears to be the Japanese mafia, chaos naturally ensues over the high-speed train.

The film stars numerous heavy-weights, including Brad Pitt, who last teamed up with director David Leitch for a brief cameo in Deadpool 2 as the gone but not forgotten Vanisher. In fact, Leitch has also recruited Zazie Beetz from the Deadpool sequel as well for his latest endeavor. Other key stars include Kraven the Hunter star Aaron-Taylor Johnson and The Dark Knight Rises alum Joey King. Zod star Michael Shannon can also be seen with an irreverent look briefly in the trailer.

While pessimists might be complaining that Hollywood has run out of ideas, there’s clearly something new speeding into theatres later this July. While Bullet Train is based on the manga Maria Beetle, it doesn’t appear to have the same recognition for western audiences as Attack on Titan or Deathnote. It remains to be seen how the Brad Pitt film fares at the box office but for our money, we’re looking forward to this one!

“Five assassins aboard a fast moving bullet train find out their missions have something in common”.