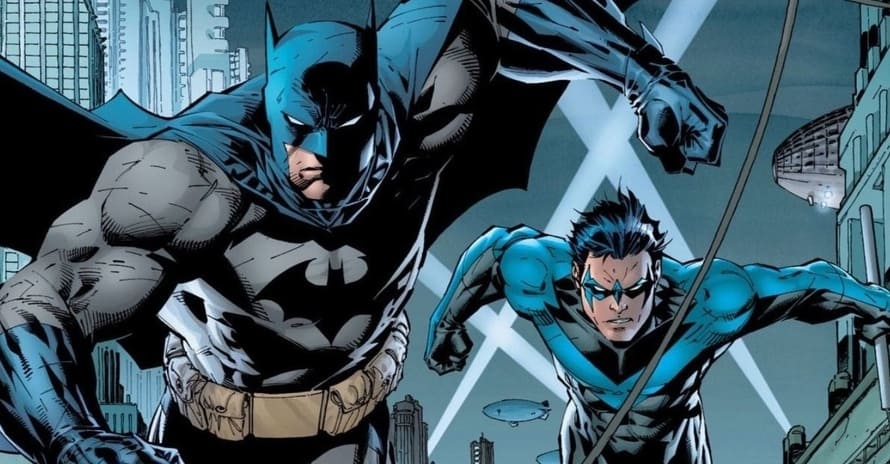 With director Chris McKay doing press for The Tomorrow War, we are starting to hear new details about the Nightwing film announced back in 2017. The director has already shared an update that he hasn’t been told the film has been canceled, so there’s still hope. While speaking with ComicBook.com, McKay opened up about the themes of his Nightwing film:

“It becomes a revenge movie and it’d be an introduction to Nightwing and the world of Blüdhaven. There was going to be a lot of villains. It was going to be a real, it was going to be a character study about this guy who grew up with sort of a bad dad. How that made him as a young adult try to fight off and go as far away from that world as humanly possible and get dragged back into it.”

Of course, a major question that gets brought up with a Nightwing film is what Batman’s role would be, and a lot has changed since 2017 with the character on the big screen. Chris McKay went on to say that things were still being worked out when he was developing it, but hinted that Batman wasn’t going to play a major role in the planned film:

“There was still some stuff that was needed to be determined of what that was going to look like. It was like you were picking up a Nightwing comic. You’re not guaranteed Batman was going to show up, but he could show up and other people could show up, but again you’re dealing with Nightwing and that’s what I like about it. I like the idea of we don’t necessarily connect to certain things, we can just have it be a story that takes place in Blüdhaven or with Dick Grayson and his world. How he became Nightwing and why be became Nightwing there was a lot of stuff I liked about the approach.”

Which Batman would you want to see in the Nightwing film? Feel free to share your thoughts in the comments section below!

Meanwhile, Dick Grayson made his live-action debut as Nightwing during Titans season two:

The first two seasons of Titans are available on HBO Max. Stay tuned for all the latest news regarding Nightwing, and be sure to subscribe to Heroic Hollywood’s YouTube channel for more original video content.