David Ayer revealed a new look at Jared Leto’s Joker in Suicide Squad showing the villain getting ready for therapy in Arkham Asylum.

Many fans were surprised to learn that Jared Leto will reprise his role as the DC Extended Universe’s Joker for Justice League, although it’s not clear how much screen-time the character will get. David Ayer has been an avid supporter of Leto’s Joker after the actor’s divisive performance, and the Suicide Squad director recently revealed a brand new behind-the-scenes shot from the film. Ayer has recently been quite open about his original version of the supervillain team-up movie, and even revealed an honest opinion of his own cut of the DC film.

David Ayer posted the new image of Jared Leto’s Joker on Instagram, and it shows the villain wearing a straitjacket in Arkham Asylum for his therapy sessions with Margot Robbie’s Harley Quinn, before she became his partner in crime. Because of the lighting in the Suicide Squad scene, it gives Leto’s haunting look even more intense. It’ll be interesting to see if Leto sees the chance to bring some thing new to the villain when he appears in the new cut of the Zack Snyder film. 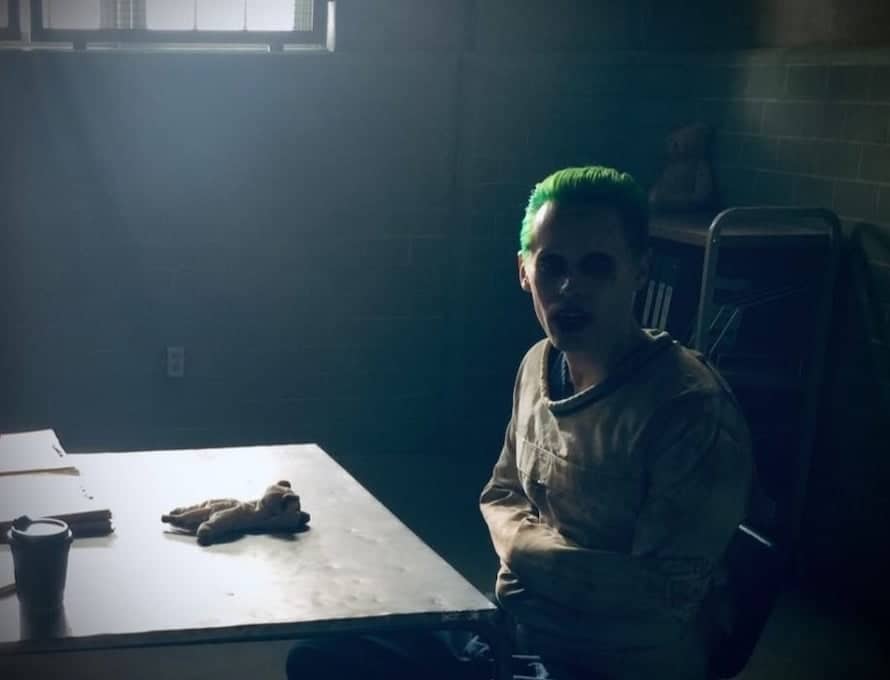 What do you make of the new shot of Jared Leto’s Joker in Suicide Squad? Are you excited to see the star reprise the role in Justice League? Sound-off in the comments below!

Here is the synopsis for David Ayer’s Suicide Squad:

It feels good to be bad… Assemble a team of the world’s most dangerous, incarcerated Super Villains, provide them with the most powerful arsenal at the government’s disposal, and send them off on a mission to defeat an enigmatic, insuperable entity. U.S. intelligence officer Amanda Waller has determined only a secretly convened group of disparate, despicable individuals with next to nothing to lose will do. However, once they realize they weren’t picked to succeed but chosen for their patent culpability when they inevitably fail, will the Suicide Squad resolve to die trying, or decide it’s every man for himself?

Suicide Squad is available on 4K UHD, Blu-ray, DVD, and Digital HD. Stay tuned for all the latest news on the future of the franchise and Jared Leto’s Joker, and be sure to subscribe to Heroic Hollywood’s YouTube channel for more original video content.