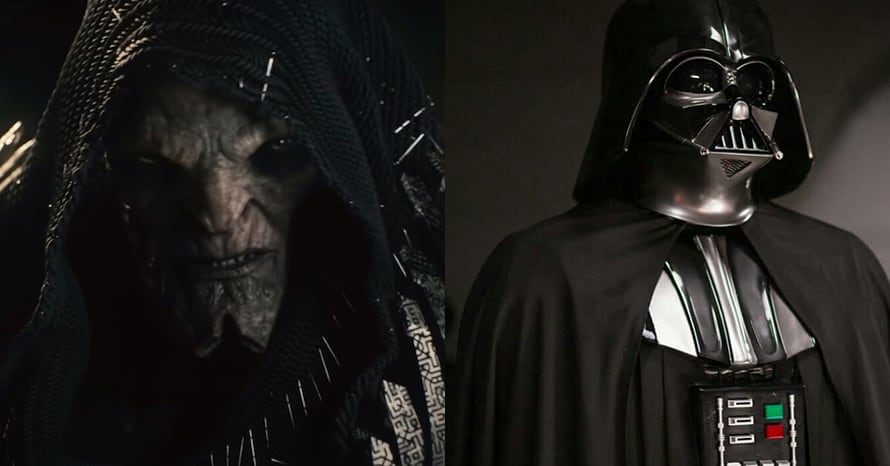 A new concept design of DeSaad from Zack Snyder’s Justice League takes some mild inspiration from Darth Vader in the Star Wars franchise.

When Zack Snyder’s Justice League finally saw the light of day, many fans were excited to see more from Darkseid, Steppenwolf and DeSaad as the villains from Apokolips got more screen time and explanation as to what they were after. And although DeSaad only appeared in a handful of scenes, there was still plenty of work that went into ensuring that Darkseid‘s servant looked intimidating enough.

Newly revealed concept art from Jerad S. Marantz shows off a Darth Vader-style look for DeSaad, mainly in two areas of his design. The image shows off DeSaad’s nose in a triangular shape leading down his face across his cheeks, not so dissimilar from Darth Vader’s mask design. While this purple and blue style for DeSaad also features a machine fixed to his chest – although it’s not clear whether this was meant to be his own Mother Box (or a Father Box!) with pipes running inside his cloak for some unknown purpose. Take a look at the Darth Vader-inspired look  for the Justice League villain below.

What do yo make of the DeSaad concept? Do you think the chest piece and his nose look like part of the Darth Vader design? Sound-off in the comments below!

Zack Snyder’s Justice League hit HBO Max on March 18, 2021. Stay tuned for the latest news regarding  DeSaad, Darth Vader and the future of the DC Extended Universe, and make sure to subscribe to our YouTube channel for more content!