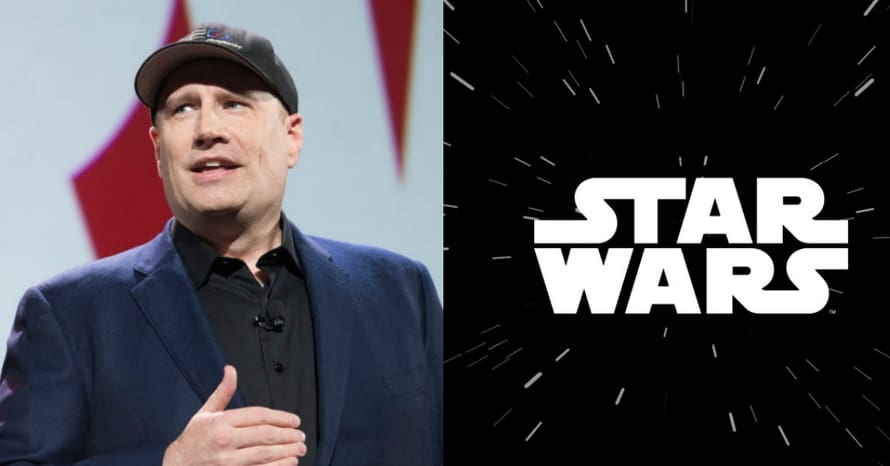 Michael Waldron, the screenwriter of Doctor Strange in the Multiverse of Madness was tapped to write the script for Kevin Feige’s Star Wars film. The franchise, whose last theatrical release was 2019’s The Rise of Skywalker, was originally set to make its return to the big screen in 2023 with Rogue Squadron, which was set to be directed by Patty Jenkins. That film has since been delayed indefinitely, and the current future of the franchise in regards to films remains a mystery, while the TV division continues to expand.

While promoting Doctor Strange in the Multiverse of Madness, Michael Waldron was asked by Variety about the status of Kevin Feige’s upcoming Star Wars film. To which he provided an interesting update:

“We’re finally into it in earnest. I mean, I’m writing away. It’s a lot of fun. I’m enjoying having the freedom on that to do something that’s not necessarily a sequel or anything. It maybe has a little bit less of a — it just doesn’t have a bunch of TV shows and movies that you’re servicing on top of it, the way I did with Doctor Strange. So it’s nice. It feels like a different exercise.”

Lucasfilm’s ongoing story with Star Wars on TV seem to have a long-term plan, particularly in the current timeline we’ve seen established in The Mandalorian that has continued with The Book of Boba Fett, and will continue with Ahsoka. With Obi-Wan Kenobi and Andor set between the events of Revenge of the Sith and A New Hope, it looks like that era will also be further expanded upon. In regards to Kevin Feige’s movie, it’s interesting to hear that the Marvel Studios President is interested in jumping over to a different iconic franchise, given that he’s been super focused on the ship that is the MCU for nearly two decades at this point.

After the polarizing reception of the Star Wars Sequel Trilogy, many fans are curious about the future of the franchise’s films. In the case of Kevin Feige’s project, it appears that it will be a completely new story with new characters separate from the baggage of the Skywalker Saga. This looks to be more in line with projects like Leslye Headland’s upcoming The Acolyte series, which is set many years before the events of The Phantom Menace.

For the sake of the Star Wars franchise, a long-break from the big screen might be for the better. After all, Disney Plus has plenty of exciting new series to stream in the galaxy far, far away. And when the time comes for a new film, audiences will be eager to return to theaters to watch the latest big screen adventure. Whether or not it’ll be Kevin Feige’s film, Patty Jenkins’ Rogue Squadron, or Taika Waititi’s film, returning to the galaxy far, far away to the big screen will hopefully be a more satisfying experience for fans.

Stay tuned for all the latest news on the future of Kevin Feige and the Star Wars franchise, and be sure to subscribe to Heroic Hollywood’s YouTube channel for more original video content.