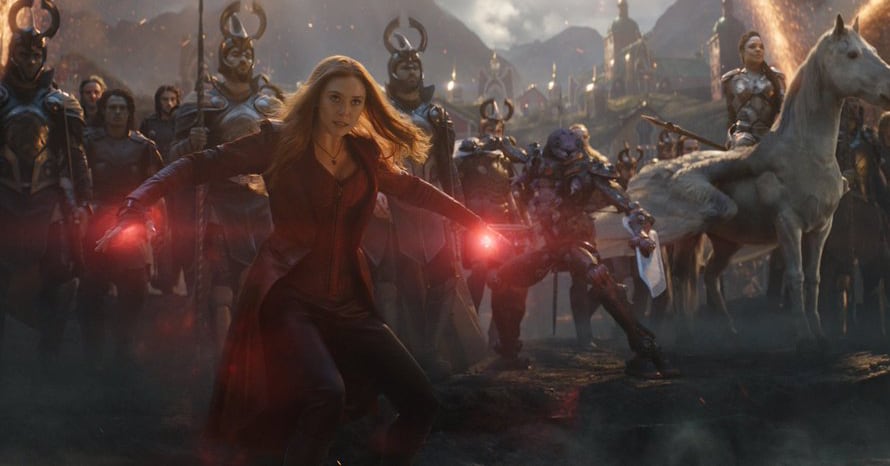 Elizabeth Olsen reveals if we could see Scarlet Witch appear in the upcoming third installment of the Spider-Man franchise.

The third Tom Holland-led Spider-Man film is shaping up to be interesting to say the least. With many familiar faces officially returning as well as some rumored appearances, it seems like this will be the biggest Spider-Man film of all time. Some of the names that are being floated around are Tobey McGuire, Andrew Garfield, Emma Stone, Jamie Foxx, Alfred Molina, Kirsten Dunst and Benedict Cumberbatch. One name that has yet to be mentioned—Elizabeth Olsen.

Olsen is having a marvelous year so far with WandaVision and it’s set to continue with filming Doctor Strange in the Multiverse of Madness. But, what if she could also appear in Spider-Man 3? While appearing on Capital FM, the actress spoke on appearing in the sequel and it seems there’s a chance. Here’s what Olsen had to say when asked if she would appear:

I assume you might if everyone’s in it, but I haven’t showed up to that party yet.

While it doesn’t seem like that’s a concrete confirmation, there’s a good chance that with Doctor Strange appearing, we could see Wanda Maximoff tag along for the ride. What do you think about Elizabeth Olsen returning as Scarlet Witch in Spider-Man 3? Are you excited to see the next episode of WandaVision? Share your thoughts in the comments section below!

Spider-Man: Far From Home is now available on Digital HD, 4K Ultra HD Blu-ray, Blu-Ray, and DVD. Stay tuned for all the latest news regarding Tom Holland, Zendaya and the Marvel Cinematic Universe, and be sure to subscribe to Heroic Hollywood’s YouTube channel for more content.