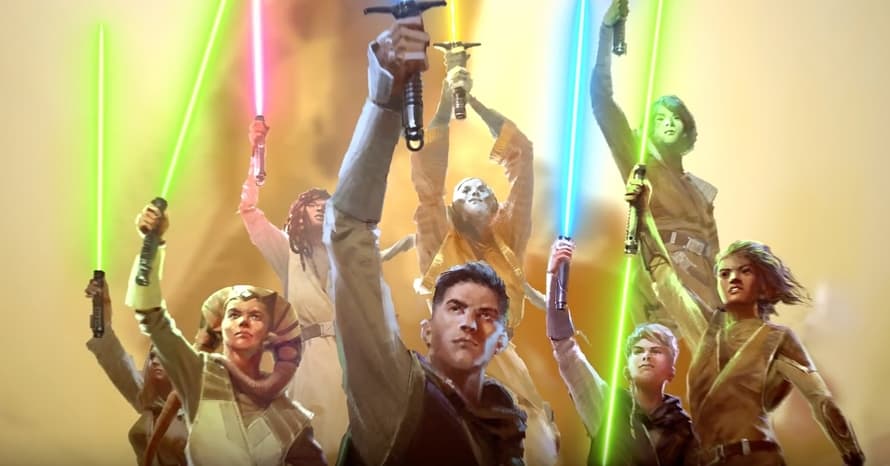 Lucasfilm has released a launch trailer and new details for Star Wars: The High Republic which teases a brand-new era for the Jedi across multiple mediums.

Star Wars: The High Republic is set to explore a brand-new era of the franchise set hundreds of years before the events of the Skywalker Saga. Light of the Jedi is about to kick-off the publishing initiative with the interconnected story moving across various mediums including TV with The Acolyte. The Light of the Jedi and A Test of Courage will start the era on Tuesday and Lucasfilm hosted a live-stream event to build up the hype that featured a trailer and new details on the future of the High Republic era.

During the High Republic live-stream with the creators, it was announced that a graphic novel titled, The Monster of Temple Peak along with more books like Out of the Shadows and Race to Crashpoint Tower are on the way. Star Wars: The High Republic will also be explored in manga with The Edge of Balance, new content from the era will be added to Squadrons, and a bi-monthly show featuring the initiative’s creators will be hitting StarWars.com and YouTube bi-monthly. More titles were also teased as Claudia Grey revealed she is working on a mysterious project that will be revealed at a later date. The High Republic is an ambitious project that will be broken up into three phases and take place for multiple years with Light of the Jedi, Quest of the Jedi, and Trials of the Jedi. You can check out the epic Star Wars: The High Republic trailer that was also released below.

Will you be following Star Wars: The High Republic? Do you think we will get movies and more TV shows set in this era? Let us know in the comments section below!

Here is the synopsis for the first book in the High Republic era, Star Wars: Light of the Jedi:

It is a golden age. Intrepid hyperspace scouts expand the reach of the Republic to the furthest stars, worlds flourish under the benevolent leadership of the Senate, and peace reigns, enforced by the wisdom and strength of the renowned order of Force users known as the Jedi. With the Jedi at the height of their power, the free citizens of the galaxy are confident in their ability to weather any storm But the even brightest light can cast a shadow, and some storms defy any preparation.

When a shocking catastrophe in hyperspace tears a ship to pieces, the flurry of shrapnel emerging from the disaster threatens an entire system. No sooner does the call for help go out than the Jedi race to the scene. The scope of the emergence, however, is enough to push even Jedi to their limit. As the sky breaks open and destruction rains down upon the peaceful alliance they helped to build, the Jedi must trust in the Force to see them through a day in which a single mistake could cost billions of lives.

Even as the Jedi battle valiantly against calamity, something truly deadly grows beyond the boundary of the Republic. The hyperspace disaster is far more sinister than the Jedi could ever suspect. A threat hides in the darkness, far from the light of the age, and harbors a secret that could strike fear into even a Jedi’s heart.

Star Wars: The Light of the Jedi will be released on January 5, 2021. Stay tuned to Heroic Hollywood for all the latest news on the future of Star Wars and make sure you subscribe to our YouTube channel for more content!