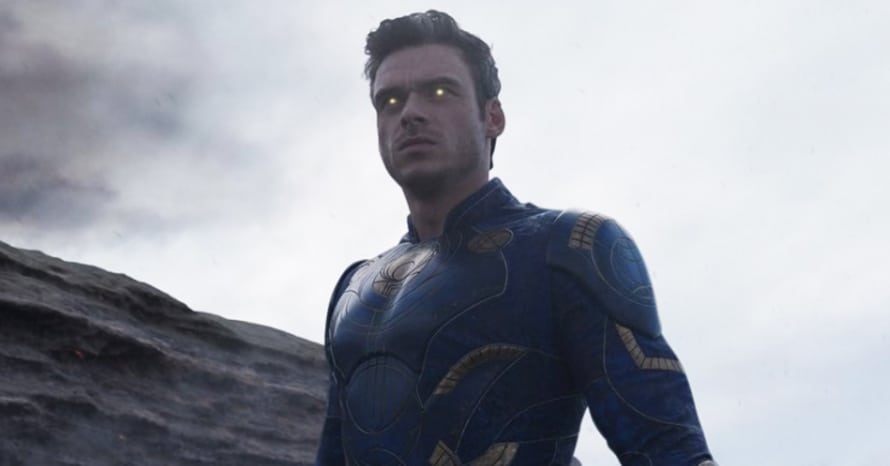 Eternals screenwriter Kaz Firpo explained what happened to Richard Madden’s Ikaris at the end of the film.

In Eternals, it is revealed that Richard Madden’s Ikaris turned against the team to protect the birth of a new Celestial out of Earth. Ikaris is eventually defeated and later flies into the sun as a result.

This scene might’ve been unclear to some audiences since it happens so fast in the film, which is why Eternals writer Kaz Firpo provided some context to the fate of Richard Madden’s Ikaris in an interview with Comic Book Resources:

“It began as an exile that I think, throughout the course of the filmmaking, really became something that needed to be definitive. It really is a moment of saying, ‘It’s sacrifice.’ It’s sort of saying, ‘I can’t serve the Eternals. If I can’t serve the Celestials, and I can’t be with my family, then I choose this third option,’ which — for him — really is oblivion. So yeah, he dead.”

Here is the synopsis for Richard Madden’s Eternals:

The story takes place across two time periods. One storyline is set in the past when they operated as a formidable team and a close family unit. The second storyline is in the present, when the group has fractured and split apart, content to live among humans, hiding in plain sight. The prevailing threat of the Deviants, which once again threatens the existence of mankind, means the Eternals need to put their differences aside and regroup.

Eternals is now in theaters. Stay tuned for all the latest news on the future of the Eternals in the Marvel Cinematic Universe, and be sure to subscribe to Heroic Hollywood’s YouTube channel for more original video content!