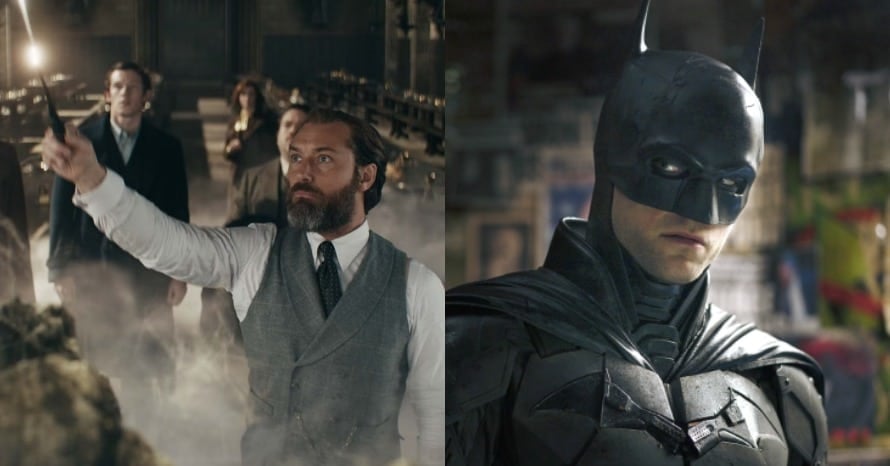 Fantastic Beasts: The Secrets of Dumbledore had a disappointing opening weekend while The Batman broke a new box office milestone.

The third installment of Warner Bros. Pictures’ Fantastic Beasts series titled The Secrets of Dumbledore debuted to a disappointing $43 million at the domestic box office. This is a significant drop off from the previous to entries in the Wizarding World prequel series to Harry Potter, both of which grossed $74.4 million and $62.2 million in 2016 and 2018 respectively.

This underwhelming box office performance for Fantastic Beasts: The Secrets of Dumbledore comes off in an unfortunate time for the franchise, which was expected to have five films, all of which David Yates would direct. The diminishing returns for a franchise that some have since deemed to be too problematic due to ongoing controversies regarding author J.K. Rowling’s views on Transgender issues, the recasting of Johnny Depp, and actor Ezra Miller’s public controversies and recent arrest doesn’t bode well for the potential fourth and fifth films to be given the greenlight.

Although Fantastic Beasts: The Secrets of Dumbledore underperformed, Warner Bros. Pictures’ previous 2022 tentpole The Batman crossed a new box office milestone. The film, which stars Robert Pattinson as the Caped Crusader hit the $750 million mark at the global box office, just ahead of its upcoming digital release on HBO Max.

The varying box office performances for both Fantastic Beasts: The Secrets of Dumbledore and The Batman come at a very interesting time for Warner Bros., now known as Warner Bros. Discovery, given the completion of the merger. While the future of the Wizarding World franchise remains a mystery, it appears that the company is looking to pursue a potential overhaul of DC, in the hopes to capture the full potential of those beloved comic book characters. In the meantime, the disappointing performance of the latest entry from J.K. Rowling’s series will likely lead to a reevaluation of how to continue the franchise.

Here is the synopsis for the new Fantastic Beasts film:

Professor Albus Dumbledore (Jude Law) knows the powerful Dark wizard Gellert Grindelwald (Mads Mikkelsen) is moving to seize control of the wizarding world. Unable to stop him alone, he entrusts Magizoologist Newt Scamander (Eddie Redmayne) to lead an intrepid team of wizards, witches and one brave Muggle baker on a dangerous mission, where they encounter old and new beasts and clash with Grindelwald’s growing legion of followers. But with the stakes so high, how long can Dumbledore remain on the sidelines?

Both Fantastic Beasts: The Secrets of Dumbledore and The Batman are playing in theaters now, with the latter film set to debut on HBO Max on April 18. Be sure to continue following Heroic Hollywood for all the latest news regarding the box office and future of some of Warner Bros. Discovery’s biggest IP, and be sure to subscribe to Heroic Hollywood’s YouTube channel for more original video content.