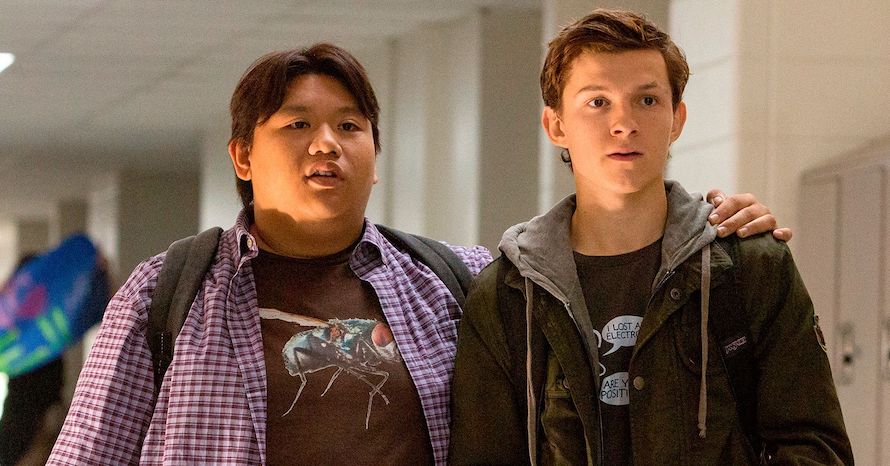 As fans eagerly await the arrival of Spider-Man: No Way Home in theaters later this year, Jacob Batalon shared a handful of behind-the-scenes snaps of himself and leading man Tom Holland from their time working on the highly-anticipated sequel. The new set photos show that no matter how chaotic Peter Parker’s life will get after being outed as Spider-Man in the shocking ending of Far From Home, he’ll still have to go to high-school.

Jacob Batalon took to Instagram to share the new set photos (taken by MJ herself, Zendaya, no less) which feature the star hanging out with Tom Holland in between takes. The photos mainly show the two in High School, although the first shot sees the Web-Slinger with a few cuts from whatever (or whoever) he’s been up against since the finale of Far From Home. Take a look at the Spider-Man set photos from Jacob Batalon below.

What do you make of the Spider-Man behind-the-scenes photos of Jacob Batalon and Tom Holland? Sound-off in the comments below!

Spider-Man: Far From Home is now available on Digital HD, 4K Ultra HD Blu-ray, Blu-Ray, and DVD. Stay tuned for all the latest news regarding Jacob Batalon, Tom Holland and the Marvel Cinematic Universe, and be sure to subscribe to Heroic Hollywood’s YouTube channel for more content.