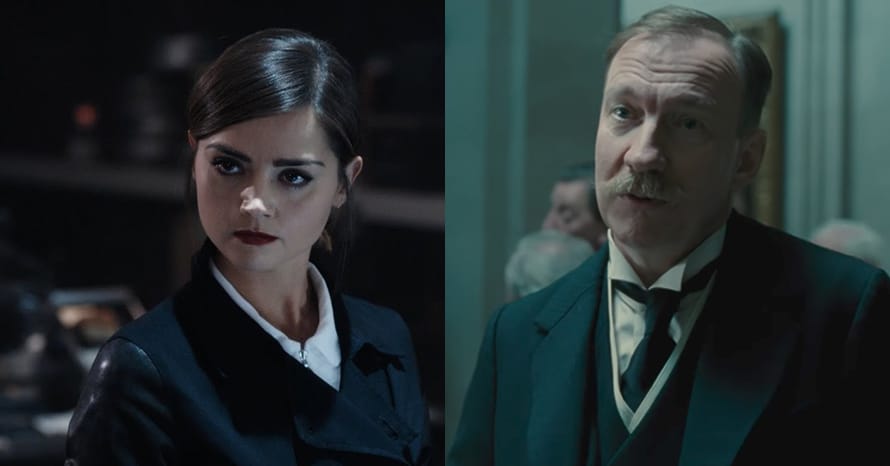 Netflix and DC have announced Jenna Coleman and David Thewlis are part of the impressive cast for Neil Gaiman’s The Sandman series.

Netflix’s The Sandman is set to be a scary affair according to creator Neil Gaiman, and the streaming service just announced the impressive cast who have joined the show – including Wonder Woman alum David Thewlis as John Dee. Anyone who’s read The Sandman will instantly remember Dee’s depravity in a certain story called 24 Hour Diner, in which he forces the patrons to act out on their most violent and animalistic desires. Also in the cast is Kirby Howell-Baptiste as Death, Mason Alexander Park as Desire, Donna Preston as Despair and Razane Jammal as Lyta Hall. Most interestingly though is Jenna Coleman – who’s playing Johanna Constantine.

From Johanna’s character description as “haunted exorcist and Occult Adventuress for hire” sounds like Jenna Coleman could play a gender-bent version of DC magician, John Constantine. Although the character does have an ancestor in The Sandman comics by the same name from the 18th and 19th century. Either way, it’s a brilliant casting if you ask us. Also joining Jenna Coleman and David Thewlis are Joely Richardson as Ethel Cripps with Niamh Walsh playing a younger Cripps, Kyo Ra as Rose Walker, Stephen Fry as Glibert and Sandra James Young as Unity Kincaid. While MODOK star Patton Oswalt will voice Matthew the Raven. Take a look at the cast for Netflix and The Sandman series below.

What do you make of the impressive cast for The Sandman series? Are you excited to see how weird David Thewlis gets as John Dee? How do you think Netflix is approaching Jenna Coleman’s Johanna Constantine? Sound-off in the comments below!

Here is the synopsis for Netflix’s Sandman series:

Wonder Woman co-writer Allan Heinberg serves as showrunner, writer and executive producer on Sandman. In addition to their duties as writers, Neil Gaiman and David S. Goyer are also on board as executive producers.

Stay tuned for all the latest news on Jenna Coleman, David Thewlis and the upcoming Sandman series from Netflix and be sure to subscribe to Heroic Hollywood’s YouTube channel for more video content!