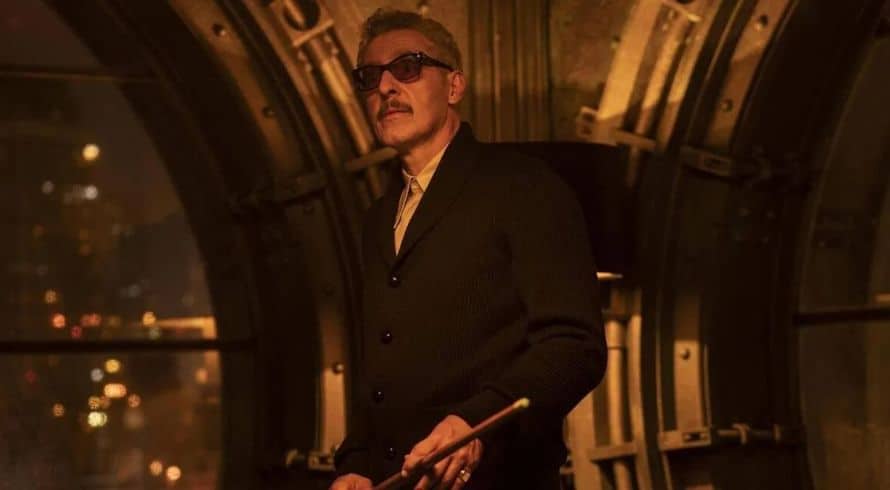 The Batman star John Turturro has opened up about the big twists in the film in regards to his character, Carmine Falcone.

The Batman universe may be best known for its colorful collection of mentally ill villains but often organized crime plays a big role in the world of Gotham as well. The most notable of these gangs are the Falcone and Maroni families that operate as rivals in Batman’s home city. They also played a big role in the Robert Pattinson film as well.

SPOILER ALERT FOR THE BATMAN

In the film, John Turturro portrays the crime boss, Carmine Falcone who has more connected to Bruce Wayne than he ever suspected. It is revealed that Falcone and Bruce Wayne’s father, Thomas Wayne had a personal relationship with Thomas saving Falcone’s life from a gunshot wound. Later on, when Thomas Wayne was running for mayor a journalist discovered Martha Wayne’s history of mental illness and was determined to bring the story to light. Eventually, Thomas went to Falcone who, in turn, had the journalist killed. When Bruce Wayne asks John Turturro’s character about this he confirms the story and suggests that it was his rival Salvatore Maroni who had his parents killed.

Later on in the film, Batman confronts Alfred about this story who confirms a good deal of it. However, he also reveals that Thomas Wayne was horrified by Carmine Falcone’s actions and had every intention of going to the police with the story. Oddly enough, the next night Thomas and Martha Wayne were shot and killed, but Alfred could not confirm who actually did it.

In real life, John Turturro grew up in New York City and used advice from his dad regarding the mafia to help shape the character of Carmine Falcone. While speaking to The Hollywood Reporter, he didn’t confirm the story one way or other but indicated that a man like Falcone probably believed the story he told Bruce Wayne regardless of whether or not it was true:

“I think there are people who tell you ‘I didn’t do something’ even if they did do it. And then after time, they believe the alternative version that they created. I thought he is a dangerous guy, and I think not seeing [the Waynes’ murder] was kind of great.”

The Batman is now in theaters everywhere. Stay tuned for all the latest news surrounding the film and be sure to subscribe to Heroic Hollywood’s YouTube channel for more original video content.