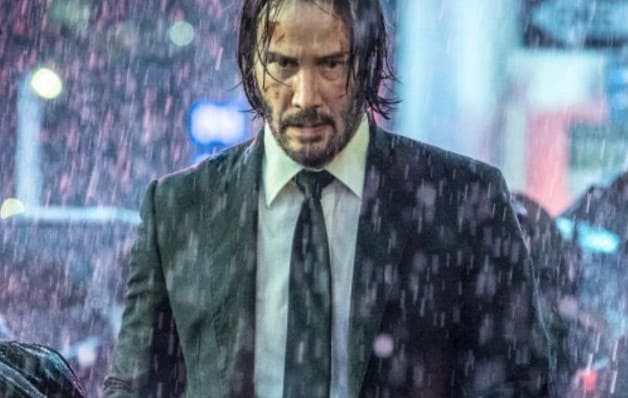 The first reactions to John Wick: Chapter 3 starring Keanu Reeves have been revealed, thanks critics have the chance to see early screenings of the film.

Keanu Reeves makes his return as the Baba Yaga himself, John Wick in the highly anticipated third installment of the franchise which picks up in the aftermath of John Wick: Chapter Two, following the fearsome assassin as he attempts to escape from New York City now that he is officially excommunicado from The Continental with a multi-million dollar contract on his head.

The first reactions are extremely promising, teasing what sounds like a very satisfying conclusion to the trilogy while building on the mythos and as Chad Stahelski and Keanu Reeves continue to top the action and stunts from the previous two John Wick movies. You can check out the first reactions to John Wick: Chapter 3 below!

#JohnWick3 is AWESOME. Some of the action set pieces are so insane you’ll wonder how director Chad Stahelski and his team filmed them. Saying that, the @Halleberry/#KeanuReeves set piece featuring her dogs might be my favorite. Wait till you see this one. Esp if you like dogs… pic.twitter.com/ym2Tn012xw

#JohnWick3 continues to build on the series’ mythology and has some of the coolest action and most memorable side characters of the entire series. I’m not sure about everything it adds, and certain things will be controversial (no spoilers). But overall it’s more @JohnWickMovie! pic.twitter.com/Vodcx2nJwE

#JohnWick3 is everything you’d want from a John Wick movie: A ruthless, relentless ballet dance of violence. Not much to the plot of course, but who needs it when you’ve got Keanu and Halle murdering bad guys, Yayan Ruhian and 17/10 very good dogs. pic.twitter.com/7YUCBFDjox

I can FINALLY talk about #JohnWick3, and I’m happy to say this is a great continuation of the franchise. Fresh, fun, and the action is insanely great. Reeves and McShane are fantastic of course, but Halle Berry and Mark Dacascos are great new additions. You won’t be disappointed! pic.twitter.com/0siH4mRwRo

Onto my proper #JohnWick3 reaction: Pure visceral cinema. After the dramatic world expansion of CHAPTER 2, CHAPTER 3 returns to a leaner, exhilarating story chock full of breathless, bone-crunching action and even a few laughs. I was sweating 30 minutes in. This movie RULES.

I was lucky enough to catch a screening of #JohnWick3 early and I can confirm it’s all the awesome you’re hoping for! Action wise it’s the best of the franchise with a great mix of gun and hand to hand combat.

So what do you think? Are you excited for the final installment of the John Wick trilogy? Let us know your thoughts in the comments below!

Also read: John Wick Is Totally Down With The Avengers’ Goal In Endgame

“John Wick (Keanu Reeves) is on the run for two reasons… he’s being hunted for a global $14 million dollar open contract on his life, and for breaking a central rule: taking a life on Continental Hotel grounds. The victim was a member of the High Table who ordered the open contract. John should have already been executed, except the Continental’s manager, Winston, has given him a one-hour grace period before he’s “Excommunicado” – membership revoked, banned from all services and cut off from other members. John uses the service industry to stay alive as he fights and kills his way out of New York City.”

John Wick: Chapter 3 is currently slated to hit theaters on May 17, 2019. Stay tuned to Heroic Hollywood for the latest news on the future of the John Wick franchise as we learn it.