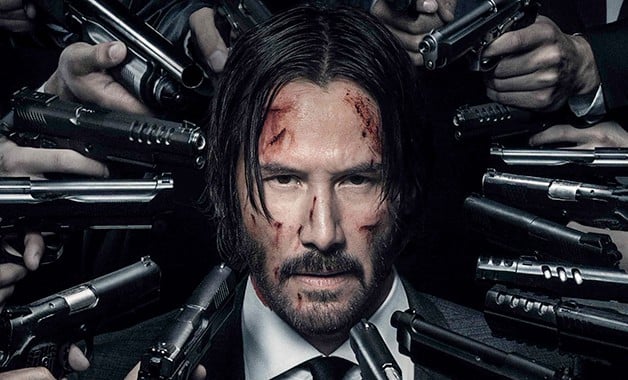 The boogeyman John Wick has taken down many different adversaries, the latest on his list is Avengers: Endgame. With its $57 million debut, John Wick: Chapter 3 – Parabellum has taken the number one spot away from Thanos and Earth’s Mightiest Heroes!

Th Avengers emerged victorious against the Mad Titan Thanos in Avengers: Endgame, however, they met their greatest threat to date that being John Wick over the weekend and fell victim to the ex-hitman as Parabellum took the number one spot at the box office with $57 million, compared to the Avengers $29 million according to Variety.

The third installment of the John Wick franchise opened up at almost double the opening for John Wick: Chapter 2 ($30M) and over four times the amount of the original John Wick ($14M) back in 2012. John Wick: Chapter 3 – Parabellum is currently sitting at a solid 89% on Rotten Tomatoes after opening at 93%, just 1% lower than Avengers: Endgame.

What do you think about John Wick: Chapter 3 – Parabellum overthrowing the Avengers at the box office? Do you think the ex-hitman could hold on to his position again next week? Let us know your thoughts in the comment section below!

Also read: ‘John Wick: Chapter 3 – Parabellum’ Review: Keanu Reeves Returns For The Best And Bloodiest Film In The Franchise Yet

“John Wick (Keanu Reeves) is on the run for two reasons… he’s being hunted for a global $14 million dollar open contract on his life, and for breaking a central rule: taking a life on Continental Hotel grounds. The victim was a member of the High Table who ordered the open contract. John should have already been executed, except the Continental’s manager, Winston, has given him a one-hour grace period before he’s “Excommunicado” – membership revoked, banned from all services and cut off from other members. John uses the service industry to stay alive as he fights and kills his way out of New York City.”

John Wick: Chapter 3 hits theaters this Friday. Stay tuned to Heroic Hollywood for the latest news on the future of the John Wick franchise as we learn it.

You can check out the first character poster featuring Sophie Turner’s Jean Grey below and click “Next” to scroll through the gallery.

“This is the story of one of the X-Men’s most beloved characters, Jean Grey, as she evolves into the iconic DARK PHOENIX.  During a life-threatening rescue mission in space, Jean is hit by a cosmic force that transforms her into one of the most powerful mutants of all.  Wrestling with this increasingly unstable power as well as her own personal demons, Jean spirals out of control, tearing the X-Men family apart and threatening to destroy the very fabric of our planet.  The film is the most intense and emotional X-Men movie ever made. It is the culmination of 20 years of X-Men movies, as the family of mutants that we’ve come to know and love must face their most devastating enemy yet — one of their own.”

Dark Phoenix is set to hit theaters on June 7, 2019. Stay tuned to Heroic Hollywood for the latest news on the future of the X-Men.