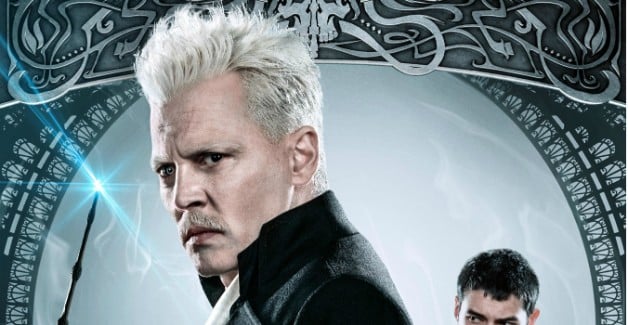 In a surprising turn of events for the upcoming and untitled third Fantastic Beasts film, it now seems that Johnny Depp’s return as Gellert Grindelwald isn’t guaranteed yet.

To say that Johnny Depp’s last few months have been rough is an understatement at this point. His troubles with ex-wife and Aquaman star Amber Heard and his alleged abuse towards her made Johnny Depp lose momentum to portray Jack Sparrow in future Pirates Of The Caribbean films. The former couple is engulfed in a lawsuit in which Johnny Depp accuses Amber Heard of defamation to effectively boost her Hollywood career.

Nevertheless, it seems also that Johnny Depp has some heavy hitters on his side. One of them is Harry Potter creator J.K. Rowling who’s allegedly still pushing for him to continue with his role as Gellert Grindelwald for all five of the Harry Potter spin-offs.

Fantastic Beasts 3 recently got a release date: November 12, 2021. It seems that J.K. Rowling herself wanted to fix the story for Fantastic Beasts 3 and needs more time in order to get it right, pushing back production on the project for the second time. The film doesn’t have a synopsis as of today, but Fantastic Beasts 3 will probably revolve around the relationship between Albus Dumbledore and Gellert Grindelwald after the latter discovered that Credence was, in fact, Albus’ younger brother Aurelius. As to what part will Newt Scamander’s Eddie Redmayne play in Fantastic Beasts 3 is anyone’s guess at the moment.

Director David Yates and writer J. K. Rowling will return for the third chapter of the five-film series. The second installment, Fantastic Beasts: The Crimes of Grindelwald, was released in November 2018 and earned $53 million worldwide.

So what do you think? Do you want to see Johnny Depp reprise his role for Fantastic Beasts 3? Let us know in the comments below!