A brand new image from the Zack Snyder cut of Justice League shows the titular team in action.

Zack Snyder’s Justice League hits HBO Max next week and an article from The New York Times offers fans a fresh look at the highly-anticipated movie. The image is seemingly taken from the third act of the movie and shows Aquaman, Cyborg, Wonder Woman, The Flash and Batman leaping into action, with the latter inside his upgraded Batmobile. Check out the image below. 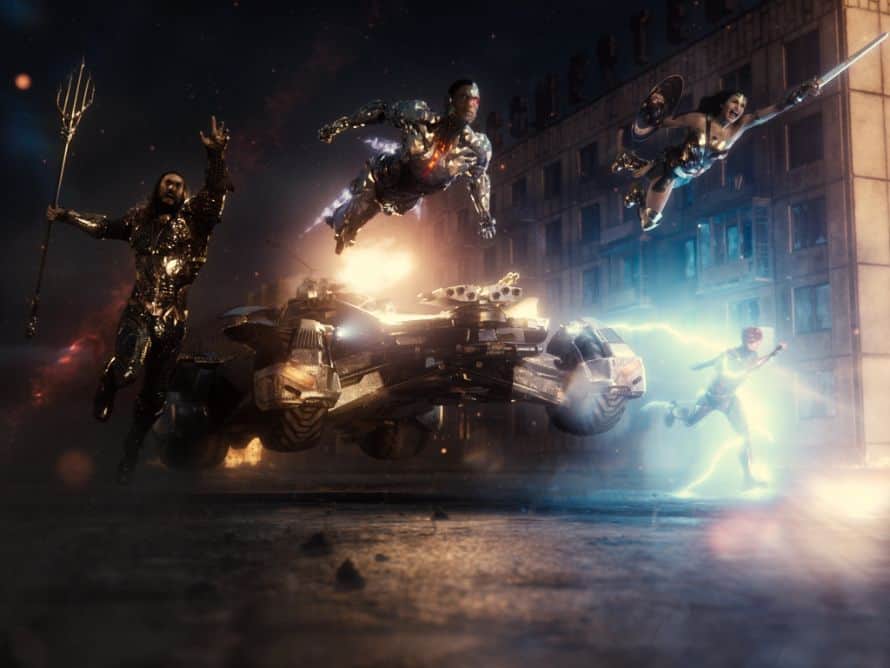 During an interview with the site, Zack Snyder opened up about what his DC Extended Universe plans would have looked like if he had gotten the chance to make more Justice League movies after this one. Here’s the full quote:

“It’s the fall of Earth, when Superman succumbs to anti-life. And then sending Flash back in time to change one element so that doesn’t happen. And then the big battle where we beat him. When [the villain] Darkseid comes to Earth, in the movie that you’ll never see, the armies of Earth all unite again, as they did before. This time there would be aircraft carriers and Special Forces guys, all the armies of the world would come together, as well as [Aquaman’s fellow] Atlanteans rising out of the ocean and the Themyscirans [Wonder Woman’s compatriots] coming off their island. That was our big finale. But it’s a long drum roll and guitar solo to get there.”

Zack Snyder’s Justice League cut is expected to hit WarnerMedia’s HBO Max on March 18, 2021. Stay tuned for the latest news regarding Ray Fisher’s Cyborg and the Zack Snyder Cut, and make sure to subscribe to our YouTube channel for more content!