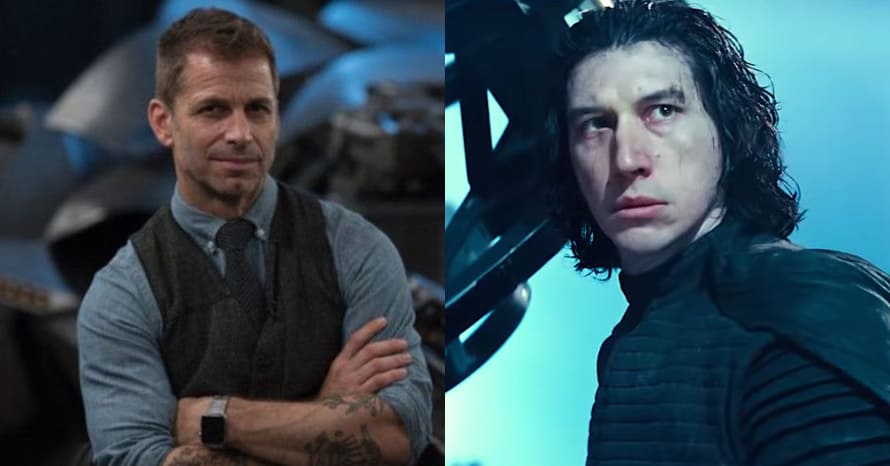 It seems like Adam Driver nearly made the leap from Star Wars over to the DCEU, as director Zack Snyder recently revealed that he spoke to the Kylo Ren actor about a DC role. The revelation came as part of an  interview with MTV’s Josh Horowitz ahead of the highly-anticipated release of Justice League, which actually crashed HBO Max because of the high demand. Driver appeared in all three films in the Star Wars sequel trilogy with many fans loving his character regardless of the mixed critical reception to some of the chapters in the series, and now many are wondering who he could’ve played.

During the interview, Horowitz asked Zack Snyder about whether or not he considered bringing Adam Driver in for a future DC role, with the director confirming that he’d spoken to the Star Wars actor about a future project. Disappointingly, Snyder also explained that he didn’t speak to the star about playing Nightwing. Take a look at the filmmaker discussing Adam Driver’s potential DC role below.

SO ZACK DID TALK TO ADAM DRIVER ABOUT A ROLE?!?! I NEED TO KNOW WHAT ROLE WAS IT 😱 pic.twitter.com/tbwYLLSoqB

Who do you think the director wanted Adam Driver to play? Would he have made a good version of Nightwing in the DC Extended Universe? Sound-off in the comments below!

Zack Snyder’s Justice League will hit HBO Max on March 18, 2021. Stay tuned for the latest news regarding Adam Driver, and the future of the DC Extended Universe, and make sure to subscribe to our YouTube channel for more content!