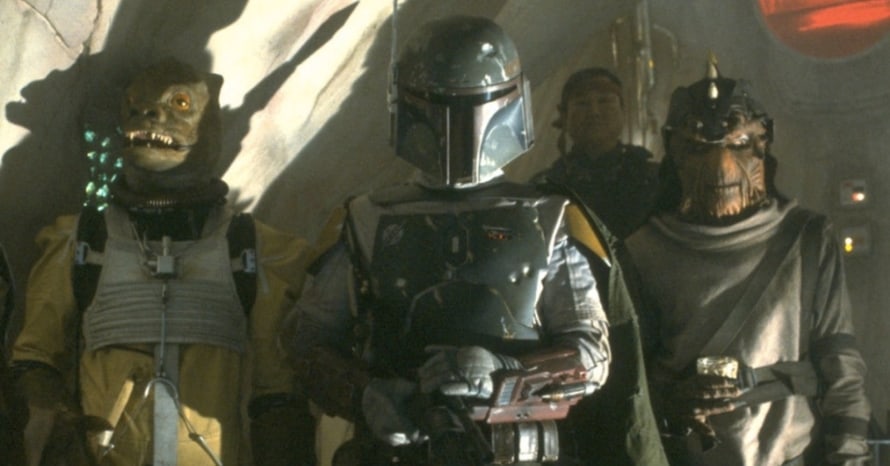 A standalone Boba Fett project has been in the works for a while at Lucasfilm before it eventually turned into a series headed by Jon Favreau for Disney Plus. Josh Trank was the first director tapped to develop the spin-off, then reports came out around the release of Solo: A Star Wars Story that James Mangold took over the project.

James Mangold debunked the report that he was helming a Boba Fett film years ago, and Lucasfilm president Kathleen Kennedy reiterated to Empire the Indiana Jones 5 director never worked on a film based on the beloved Star Wars bounty hunter:

“There really was virtually no previous development. We never got very far with Josh, quite frankly, because we never developed anything specific with him. And Jim Mangold never worked on a Boba Fett story.”

Here is the synopsis for the upcoming Disney Plus series:

The Book of Boba Fett, a thrilling Star Wars adventure, finds legendary bounty hunter Boba Fett and mercenary Fennec Shand navigating the Galaxy’s underworld when they return to the sands of Tatooine to stake their claim on the territory once ruled by Jabba the Hutt and his crime syndicate.

The Book of Boba Fett will arrive on December 29 on Disney Plus. Stay tuned for all the latest news on the future of the Star Wars franchise on Disney Plus and the big screen. You can also subscribe to Heroic Hollywood’s YouTube channel for more original video content!