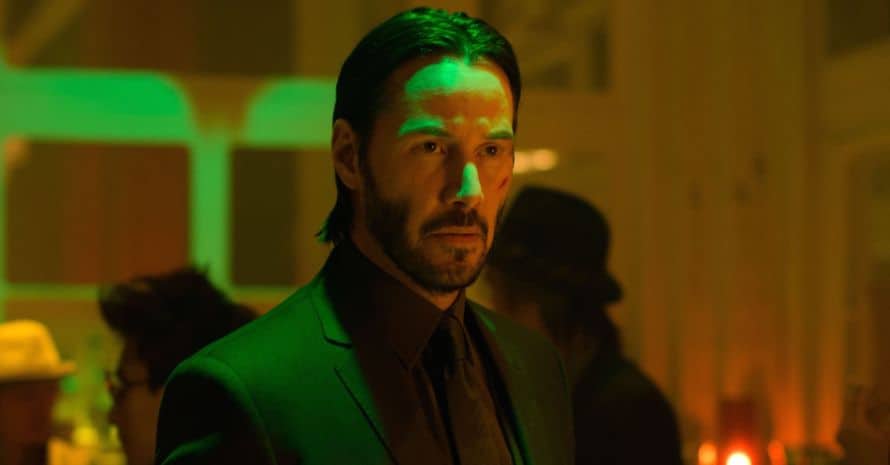 Ian McShane revealed that filming on the next installments in Keanu Reeves’ John Wick franchise might begin this year.

There’s going to be no shortage of Keanu Reeves in the coming years for two reasons: the actor will return as Neo in The Matrix 4, and he will also make a return as John Wick. Due to the massive success of the previous three John Wick films in the series, Lionsgate has announced two more sequels that are planned to film back-to-back.

Like most things today, the status of any film production is still up in the air. However, Ian McShane revealed to Collider that he recently spoke with Keanu Reeves and shared that they plan on starting work on the sequels this year:

“Keanu [Reeves] and I exchanged New Year’s greetings and said, ‘Hope to see you this year.’ I know the script is being written and they’re hoping to do it this year. I know they announced they were gonna do [‘John Wick 4′] and [‘John Wick 5′] together, but who knows. The studios announce all sorts of things. No doubt, at some point this year, we’re gonna do ‘John Wick 4′.”

How many more John Wick films do you want to see? Sound-off in the comments section below!

Here is the official synopsis for the latest film in the franchise:

John Wick (Keanu Reeves) is on the run for two reasons… he’s being hunted for a global $14 million dollar open contract on his life, and for breaking a central rule: taking a life on Continental Hotel grounds. The victim was a member of the High Table who ordered the open contract. John should have already been executed, except the Continental’s manager, Winston, has given him a one-hour grace period before he’s “Excommunicado” – membership revoked, banned from all services and cut off from other members. John uses the service industry to stay alive as he fights and kills his way out of New York City.

The next film in the franchise, John Wick 4, is currently scheduled to be released on May 27, 2022. Stay tuned for all the latest news on Keanu Reeves and be sure to subscribe to Heroic Hollywood’s YouTube channel for more original video content.