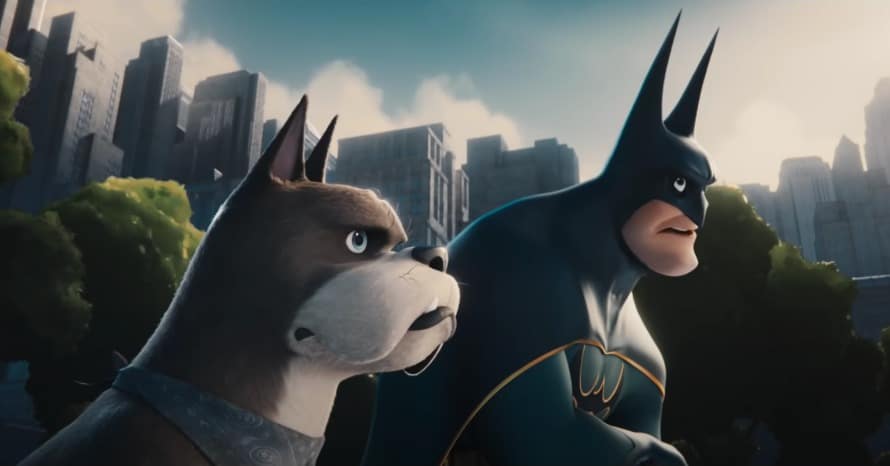 Keanu Reeves is the new Batman in this trailer for DC League of Super-Pets.

With the long-awaited release of The Batman, fans are already excited for the rest of the year when it comes to new DC Comics films. Among those, we get the appearance of other Batmen including Ben Affleck, Michael Keaton, and now… Keanu Reeves. Yes, you’ve read that right. Keanu Reeves is now Batman, at least the voice of him in the upcoming animated film DC League of Super-Pets.

A brand new trailer for the film has officially dropped, featuring both Keanu Reeves’ Batman and Kevin Hart’s Ace the Bat-Hound. Clearly, this is Warner Bros. and DC Comics’ family-friendly approach to the beloved characters, as we see Keanu Reeves is playing a more humorous take on the Caped Crusader.

You can check out the new DC League of Super-Pets trailer down below:

Here is the synopsis:

In “DC League of Super-Pets,” Krypto the Super-Dog and Superman are inseparable best friends, sharing the same superpowers and fighting crime in Metropolis side by side. When Superman and the rest of the Justice League are kidnapped, Krypto must convince a rag-tag shelter pack—Ace the hound, PB the potbellied pig, Merton the turtle and Chip the squirrel—to master their own newfound powers and help him rescue the superheroes.

Stay tuned for all the latest news on the upcoming film as well as the future of Batman on the big screen, and be sure to subscribe to Heroic Hollywood’s YouTube channel for more original video content.