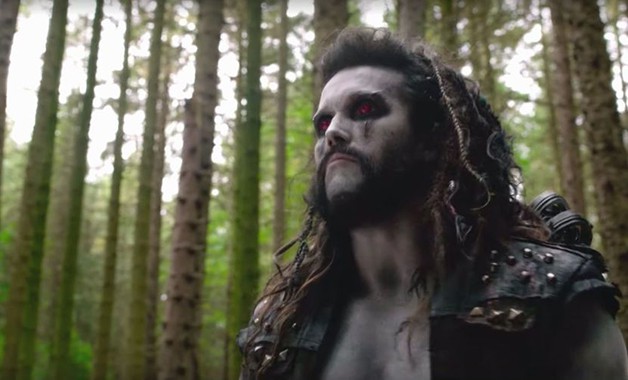 Krypton fans have taken to social media to share their reactions to the debut of Superman villain Lobo.

Last night, Syfy’s Krypton returned to television and the Superman prequel series introduced DC Comics villain Lobo to the show. While bounty hunter was introduced in the early 80s, his debut on Krypton marks the first time Lobo has appeared in a live-action form.

Now, fans have taken to Twitter to share their enthusiastic reactions to how Lobo has been depicted on Krypton. In fact, Lobo’s debut has impressed fans so much that they are now eagerly awaiting the Superman villain’s recently announced spin-off series.

You can check out some of the reactions to Lobo’s debut on Krypton below!

also lobo is like spot on!!! i love it!!! #Krypton @EmmettScanlan

Last night’s krypton was fantastic. Can’t wait too see more of Lobo and brainiac. Hope in the future superman will arrive in the series.

#Lobo is here and ready for his spinoff series! #Krypton pic.twitter.com/7hRxXCUMY2

Lol okay Lobo is even BETTER than I expected! #Krypton

What did you think of Lobo’s first appearance on Krypton? Are you excited to see the Superman villain in his own series? Let us know below!

Here is the official synopsis for Krypton:

Set two generations before the destruction of the legendary Man of Steel’s home planet, Krypton follows Superman’s grandfather — whose House of El was ostracized and shamed — as he fights to redeem his family’s honor and save his beloved world from chaos.

Krypton season 2 will premiere on Syfy on June 12.

The hi-res images range from stills to behind the scenes photos featuring directors Zack Snyder and David Ayer working with cast members including Gal Gadot as Wonder Woman and Will Smith as Deadshot. In addition to the new images of Jared Leto’s Joker, a new image of Gadot as Wonder Woman in her own standalone film is included among the hi-res stills.

You can check out the images in the gallery below.

The DCEU continues this month with Aquaman which is now playing and will be followed by Shazam! on April 5, 2019, Birds of Prey (And The Fantabulous Emancipation of One Harley Quinn) on February 7, 2020, and Wonder Woman 1984 on June 5, 2020. A standalone Joker film set outside of the DC Films universe starring Joaquin Phoenix as the Clown Prince of Crime is also set to hit theaters October 4, 2019.

From Warner Bros. Pictures and director, James Wan comes an action-packed adventure that spans the vast, visually breathtaking underwater world of the seven seas, “Aquaman,” starring Jason Momoa in the title role. The film reveals the origin story of half-human, half-Atlantean Arthur Curry and takes him on the journey of his lifetime—one that will not only force him to face who he really is, but to discover if he is worthy of who he was born to be… a king.

Aquaman is now playing. Stay tuned to Heroic Hollywood for the latest news on the future of the current DC cinematic universe as we learn it.