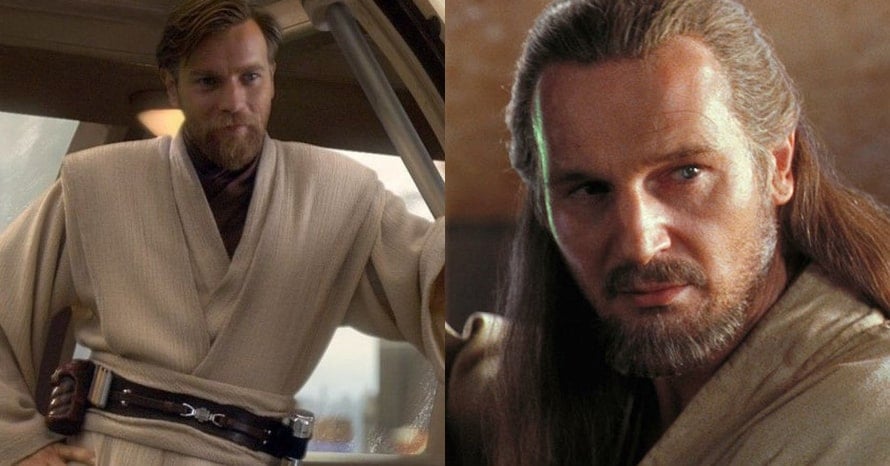 Qui-Gon Jinn actor Liam Neeson has confirmed that he wasn’t approached to star in Ewan McGregor’s Obi-Wan Kenobi series for Disney Plus.

Ewan McGregor is set to return as Obi-Wan Kenobi for a limited Disney Plus series set after the events of Revenge of the Sith. Details on the theory are slim, but it has been confirmed that the project will take place on Tatooine and by virtue of its location will focus on the Jedi master watching over Luke Skywalker. Hayden Christensen is also set to appear as Darth Vader, which should make for some exciting sequences between the former master and apprentice. One pivotal actor not returning from the prequel trilogy is Liam Neeson, who played Obi-Wan Kenobi’s master Qui-Gon Jinn.

While promoting his upcoming The Ice Road on Jimmy Kimmel Live!, Liam Neeson was asked if he’d be appearing in the Obi-Wan Kenobi series. Neeson confirmed that he hadn’t been approached for the series and then insinuated jokingly that Disney couldn’t afford him.

“I heard Ewan McGregor was going to do a series… No, I don’t think so. No, I haven’t been approached.”

Jimmy Kimmel did suggest that Liam Neeson could be lying but Neeson seemed fairly reserved. Qui-Gon Jinn did pass away in his debut in The Phantom Menace and he failed to appear as a force ghost in the subsequent Star Wars prequels, which makes it hard to believe that he’d be called upon by Obi-Wan Kenobi in the solo series.

Are you excited to see Ewan McGregor return as Obi-Wan Kenobi? Comment below and let us know!

The Obi-Wan Kenobi series has been described as a special event series for Disney Plus, and details on the upcoming Star Wars series are being hidden away on Tatooine. Still, we do know the series will feature a rematch between Obi-Wan and Darth Vader ten years after the events of Revenge of the Sith and before their final confrontation in A New Hope.

Stay tuned for the latest news regarding Ewan McGregor’s Obi-Wan Kenobi, Luke Skywalker and the future of the Star Wars franchise, and make sure to subscribe to Heroic Hollywood’s YouTube channel for more original video content!