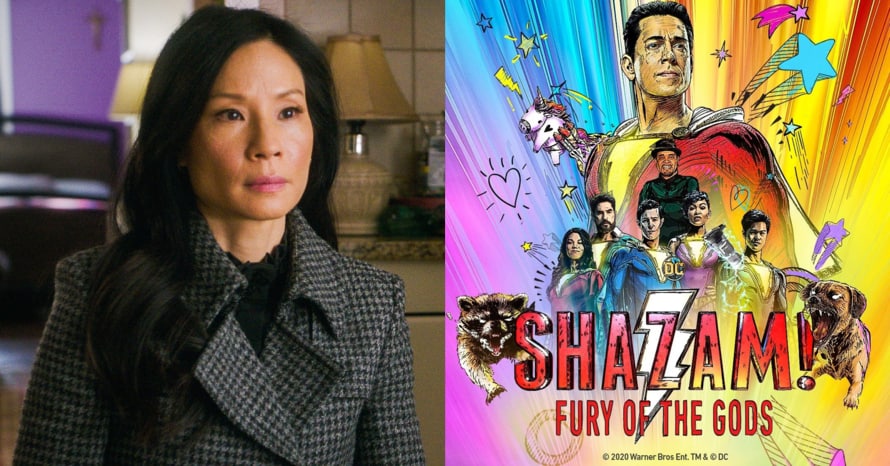 The DC Extended Universe just keeps on growing, as according to TheWrap Shazam!: Fury of the Gods has recruited Lucy Liu for the sequel. The star is best known for her roles in Charlie’s Angels, Kill Bill vol. 1 and the Elementary series, but this is her first on-screen appearance in a comic book adaptation. The news of Liu joining the cast comes soon after the recent reveal that Helen Mirren is set to star opposite Zachary Levi as a villain.

It seems like Lucy Liu and Helen Mirren will share plenty of screen time together since Liu is confirmed to be playing Kalypso, the sister of Mirren’s character Hespera. The two villains are the daughters of Atlas and will no doubt be pitted against the Shazam! family. The studio is clearly preparing to get started on the Zachary Levi sequel, since the film also recently added West Side Story star Rachel Zegler.

What do you make of Lucy Liu’s casting in Fury of the Gods? Are you excited to see Kalypso and Hespera together? Sound-off in the comments below!

Here is the official synopsis for the Shazam! movie:

Shazam! is now available on Digital HD, 4K Ultra HD, Blu-ray, and DVD. Stay tuned for all the latest news regarding Lucy Liu and Shazam!: Fury of the Gods, and be sure to subscribe to Heroic Hollywood’s YouTube channel for more original video content!