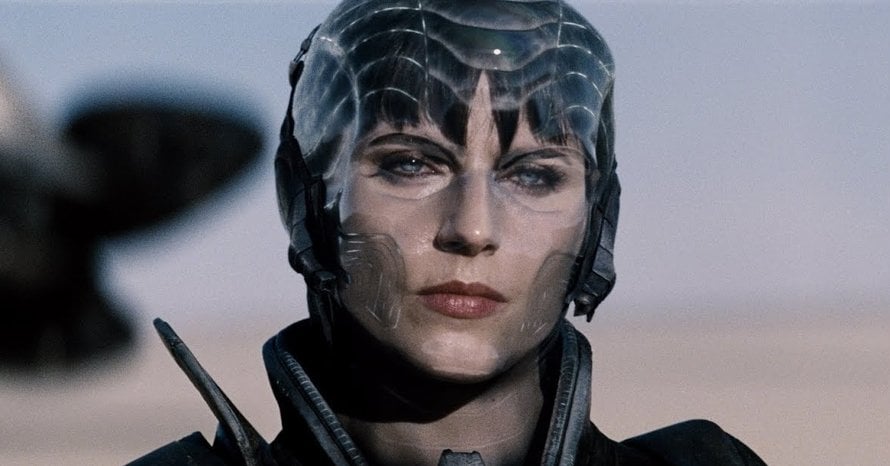 Man of Steel director Zack Snyder believes that the Kryptonian villain Faora could return from the Phantom Zone.

While most fans remember Man of Steel for Michael Shannon’s menacing portrayal as the maniacal villain Zod, credit has to be thrown towards Antje Traue, who played his second-in-command Faora. Unlike Zod, Faora was exiled to the Phantom Zone at the end of Man of Steel, essentially allowing her to return for a sequel should Traue’s services be necessary. While there hasn’t been any news of Faora coming back to the DC Extended Universe, Man of Steel director Zack Snyder has teased her return, stating that it’s entirely possible.

Earlier this week, Zack Snyder held a watch party for Man of Steel on Vero, where he discussed the film in fine, unfiltered details. Of his many tidbits of information, Snyder teased the return of of Faora, who currently spends her time drifting away in the Phantom Zone.

“Is there a chance to survive in the phantom zone with no suit on? I feel like possibly… it would be cool to imagine. Faora could return.”

Should a direct Man of Steel sequel emerge from the DC Extended Universe, Faora could easily be a capable villain for it. After the death of Zod and the lack of resources to breathe into Krypton, Faora could return to haunt Superman for his “reckless” actions. The return of Faora isn’t confirmed by any means, but the Man of Steel watch party did confirm the existence of Zack Snyder’s cut of Justice League, which he announced at the end of the program. Seeing as the film will be different than its theatrical release, Snyder could easily tease the return of Faora and The Phantom Zone if it fits the narrative of the team-up movie.

Do you want to see Faora return? What are your thoughts on Zack Snyder’s Man of Steel? Let us know in the comments!

Here’s the official synopsis for Zack Snyder’s Man of Steel:

A young boy learns that he has extraordinary powers and is not of this Earth. As a young man, he journeys to discover where he came from and what he was sent here to do. But the hero in him must emerge if he is to save the world from annihilation and become the symbol of hope for all mankind.

Man of Steel is now available on Digital HD, Blu-Ray, and DVD. Stay tuned to Heroic Hollywood for the latest news on Zack Snyder and subscribe to our YouTube channel for more content in the future.