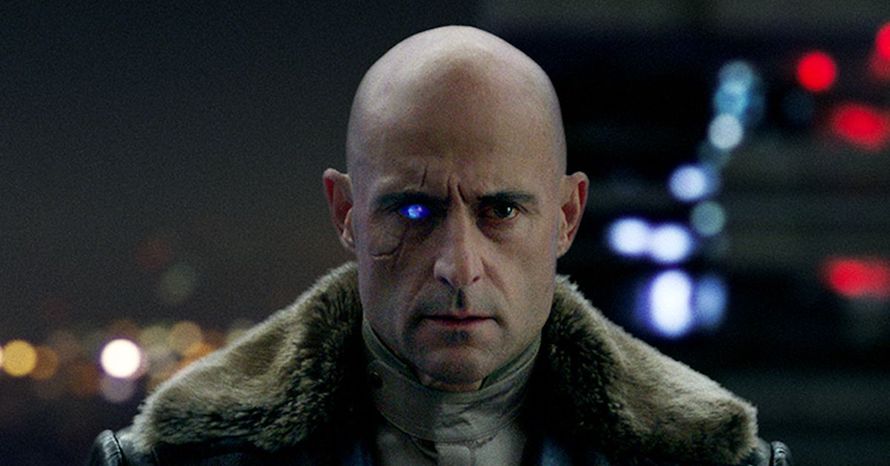 Shazam! Fury of the Gods may be starting filming soon but Mark Strong’s Dr. Sivana won’t be in front of the cameras.

One of the most exciting projects DC has in the pipeline, Shazam! 2 is set to be direct a sequel to the first film that blew fans away in 2019 with its grounded storytelling and whimsical, child-like nature. This time the Shazam family will be going toe to toe with the daughters of Atlas. While it’s great to see the Shazam family battling new villains, where does that leave Mark Strong’s Dr. Sivana? Last we saw, Dr. Sivana was in Shazam!‘s post-credits scene, where he was cooped up in a jail cell and visited by Mister Mind.

The caterpillar suggested an alliance to Mark Strong’s villain, and it appeared for a while that Shazam! 2 would directly focus on Mister Mind and Dr. Sivana. That doesn’t seem to be the case now because Strong has confirmed that fans won’t be seeing him in Shazam! 2. Strong dropped the news while speaking with Den of Geek about his upcoming stint in Cruella.

“I literally spoke to the producer last night, because I saw that Zach Levi tweeted that they’re about to start shooting in Atlanta. Doctor Sivana isn’t in Shazam! 2. What’s happened is, I think Helen Mirren and Lucy Liu and perhaps someone else — they’ve got some female villains in. And to be honest with you, I’m very happy to take a back seat to some female villains and let them have a go, because judging by the work that Emma Thompson and Emma Stone have done in Cruella, it’s about time.”

While Shazam! 2 will be dominated by villainesses, Mark Strong hasn’t ruled out returning as Dr. Sivana, teasing that the character still has some dirty business to finish off with Mister Mind. Maybe Shazam! 3 will see Dr. Sivana, Mister Mind, Helen Mirren, and Lucy Liu’s characters teaming up together once and for all to destroy the Shazam family?

“Who knows? He’s still got unfinished business with Mister Mind.”

Are you disappointed that Mark Strong won’t be returning as Dr. Sivana in Shazam! 2? Comment below and let us know!

Here is the official synopsis for the Shazam! movie:

Shazam! is now available on Digital HD, 4K Ultra HD, Blu-ray, and DVD. Stay tuned for all the latest news regarding David F Sandberg and Shazam!: Fury of the Gods, and be sure to subscribe to Heroic Hollywood’s YouTube channel for more original video content!