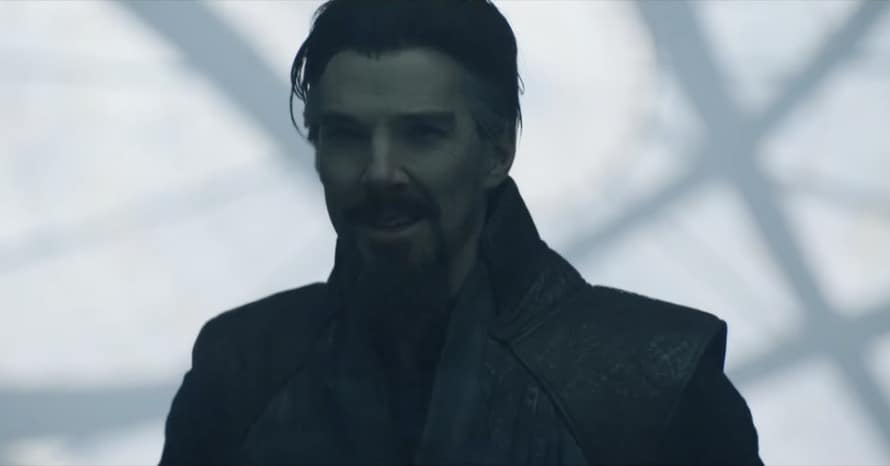 Marvel producer Richie Palmer has revealed the significance behind Doctor Strange in the Multiverse of Madness‘ title.

Doctor Strange in the Multiverse of Madness is perhaps Marvel’s most colorful title but also its longest. From what we’ve seen of the film so far, it’s safe to say that the Doctor Strange sequel will live up to its mouthful of a title as the good doctor navigates the chaos of the multiverse. So far we’ve seen a zombie variant of Benedict Cumberbatch’s character, hints towards the Illuminati, and a potential appearance from Patrick Stewart’s Professor X.

One of the most exciting components of the film is set to be Doctor Strange and Scarlet Witch meeting alternate versions of themselves as they navigate through the multiverse to save the day. Produce Richie Palmer revealed to D23 magazine (via ComicBookMovie.com) how the idea of meeting countless versions of yourselves influenced the Marvel sequel’s lengthy title.

“We honor each definition of the word ‘madness’ in this movie. For example, it’s not just the craziness of what an alternate universe might look like, feel like, or sound like. When you see that there are infinite versions of yourself across infinite universes and you’re a different person in them different facets of you rise to the top.”

“Maybe Stephen meets a few of these guys and wonders, “Oh, am I capable of what that person’s capable of? Are they capable of what I’m capable of?” And that can be maddening. Seeing other versions of yourself make decisions that you would not make can, for better or worse, be maddening- whether that’s for Doctor Strange, for Wanda, or for any of our characters.”

“Sometimes the scariest monsters are the ones that dwell within us. And with the Multiverse, maybe some versions of us are more monstrous than others.”

Wow. Perhaps Marvel Studios should have titled the film Doctor Strange in the Multiverse of Existential Crisis cause that sure sounds like a lot. It’s great that Marvel is leaning into the more serious and jarring aspects of the multiverse, especially as it continues to be a core part of the franchise.

Here is the synopsis for Doctor Strange in the Multiverse of Madness:

Doctor Strange in the Multiverse of Madness hits theaters on May 6, 2022. Stay tuned for all the latest news surrounding the film and Patrick Stewart’s potential role in the film and be sure to subscribe to Heroic Hollywood’s YouTube channel for more original video content.