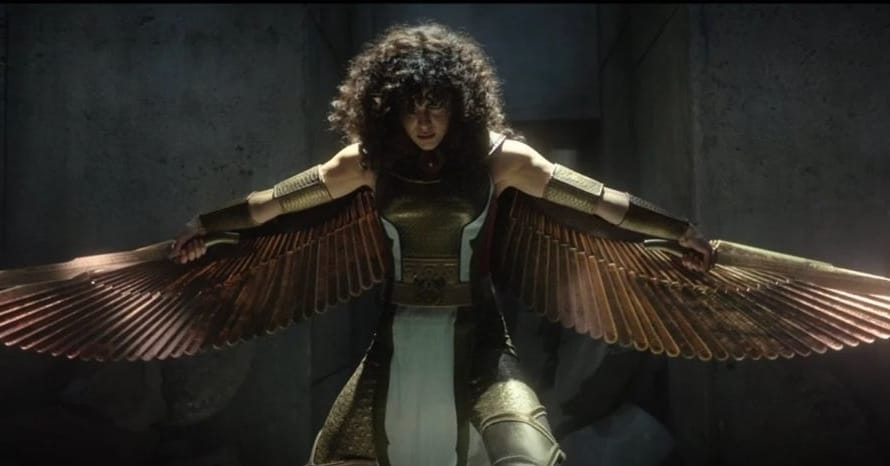 From the beginning, Moon Knight director and executive producer Mohamed Diab was pitching that the series would represent his home country of Egypt authentically. He has also refused to hold back on slamming other films for their depiction of the country such as Wonder Woman 1984. The thing that Diab seems to be most proud of, however, is May Calamaway’s Layla El-Faouly.

In the series, Layla El-Faouly is Marc Spector’s wife who he abandons in order to keep her safe from the God Khonshu who he suspects wants her as his avatar. Marc still clearly has feelings for her which somewhat brings him into conflict with his alter ego, Steven Grant who is instantly smitten with her. Ultimitly, she becomes the avatar of another, kinder god, named Tawaret and helps Moon Knight in his final battle against Ethan Hawke’s Arthur Harrow, making her Marvel’s first Egyptian superhero.

In a recent interview with Comicbook.com, Mohamed Diab spoke about how the decision came to be and how important the character’s transformation was to the people of Egypt, comparing the character to Black Panther:

“I have to give credit to the writers who came up with the idea of making her [May Calamawy’s Layla] Egyptian. That was even before I came in. We [Diab and his partner Sarah] helped shape her character. And May, when she came on board, she was the best ally for Layla and her best lawyer.

I honestly don’t remember who came up with the idea, but it wasn’t me, the idea of her being a superhero. But definitely I knew the impact of this and am so proud of that. Do you know what’s going on in Egypt right now? This is our Black Panther.

People are so proud, for the first time they feel like they’re heard, they’re seen. My daughter when she was three, she always wanted to straighten her curly hair because she always saw the princesses like Elsa or Anna. Everyone has straight hair. So now to have this beautiful girl, who’s a superhero who has curly hair, who looks like that part of the world. You don’t know how important that is. I’m so proud of that. And it’s such a big accomplishment.”.

Moon Knight is now steaming on Disney Plus. Stay tuned for all the latest news surrounding the future of the series and its characters and be sure to subscribe to Heroic Hollywood’s YouTube channel for more original video content.