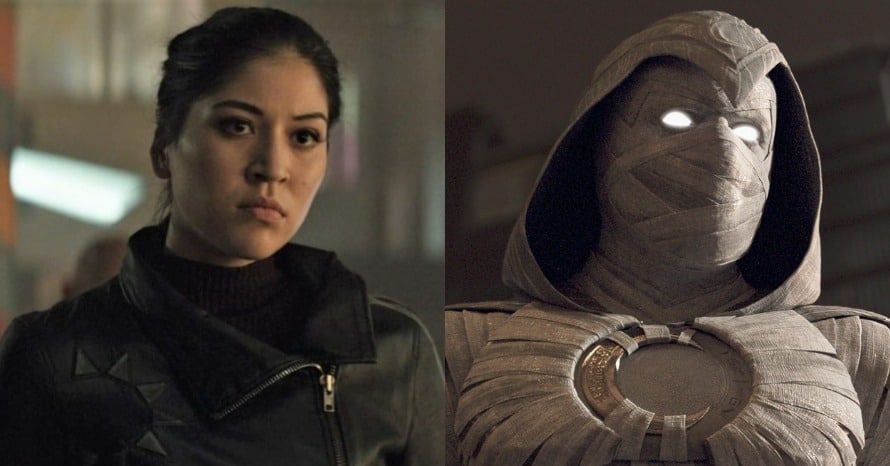 Moon Knight‘s head writer, Jeremy Slater, has talked about early plans for the Disney Plus series, which included the introduction of Maya Lopez/Echo and Bushman.

Maya Lopez recently appeared in Hawkeye, played by Alaqua Cox, where she was introduced as the series’ lead antagonist, in the employ of Vincent D’Onofrio’s Kingpin. It has since been confirmed that Maya will be leading her own Disney Plus series, Echo, which is heavily rumored to feature the MCU returns of both D’Onofrio’s Kingpin and Charlie Cox’s Matt Murdock/Daredevil. However, Maya’s MCU introduction was almost very different, as Jeremy Slater has revealed.

In a recent interview with TVLine, Slater discussed the original plans for Maya in Moon Knight, saying “At the time, Echo was go to be our love interest, solely based on the fact that they knew Marvel liked the character of Echo and was trying to find a show to put her in.” Marc Spector and Maya Lopez have been romantically involved in the comics, but Slater admitted “she didnt work at all for the story we were telling.” Marvel ultimately agreed, Slater said. “They were like, ‘You know what, we’ve got this Hawkeye show and we feel like she would fit in a lot better there… and we were like, ‘Oh, thank God.’”

Echo wasn’t the only character to be considered for Moon Knight who didn’t make it into the series. Bushman is one of Moon Knight’s greatest enemies in the comics, starting out as a mercenary with whom Marc Spector had worked and who was responsible for killing Marc’s brother and almost killing Marc himself, leading to his fateful encounter with Khonshu.

Slater revealed “Bushman was initially going to be the main villain… I thought he was going to be possessed by an Egyptian god by the end of it, and you’d have a big sort of avatar battle.”

Bushman was hinted at in Episode 5 of Moon Knight when Marc told Steven that his former CO was behind the killings at the archaeology dig where Layla’s father was murdered. This could suggest that, should Moon Knight get a second season, a Bushman appearance is on the cards.