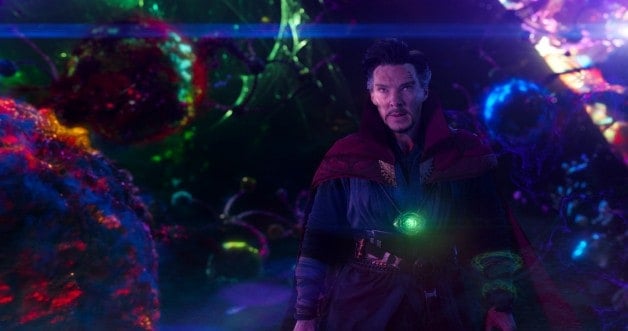 Doctor Strange, otherwise known as Benedict Cumberbatch, has been confirmed to voice the role of the fallen one Satan in Neil Gaiman’s Good Omens.

While doing a panel at the Television Critics Association press tour, Neil Gaiman who co-wrote the novel Good Omens and is producing the Amazon series officially announced that the Doctor Strange star would be voicing the character.


Satan is rumored to appear in the series sixth episode. Although, that isn’t that big of a surprise. He will be voice acting opposite the voice of God, played by Frances McDormand.

The series is said to follow an angel named Aziraphale played by Michael Sheen and a demon named Crowley played by David Tennant who hope to offset the apocalypse by searching for the lost Anti-Christ whom at the time is only 11 years of age.


The supporting cast also features some heavy hitters such as Nick Offerman of Parks and Recreation fame and Jon Hamm who will play the Archangel Gabriel.

What do you all make of Benedict Cumberbatch’s casting as Satan? Is his voice appropriate for the role? Has Neil Gaiman picked the right man for the part? Let us know what you think in the comments below!

Benedict Cumberbatch’s next outing as Doctor Strange will reportedly be in Avengers: Endgame. Here is a plot synopsis the film:

A culmination of 22 interconnected films the fourth installment of the Avengers saga will draw audiences to witness the turning point of this epic journey. Our beloved heroes will truly understand how fragile this reality is and the sacrifices that must be made to uphold it.

Avengers: Endgame is scheduled to be released in theaters on April 26, 2019.

Suicide Squad Characters That Can Appear In The James Gunn Sequel

James Gunn is directing The Suicide Squad for Warner Bros. but that comes at a cost.

When the first Suicide Squad was about to hit theaters DC fans were completely ecstatic. The trailers looked great and the feel of the movie was much different than the darkness that preceded it in Man of Steel and Batman v Superman: Dawn of Justice. This movie was expected to be one of DC’s biggest hits and it turned out to be one of the biggest let-downs of all time.

Suicide Squad was bad and its reviews reflected that. It was one of the only movies I’ve ever been upset at and it made me want to leave the theater. A sequel was announced because the film did well at the box office, going through a number of drafts until James Gunn was brought on to write it. With James Gunn now officially set to direct The Suicide Squad, it looks like the film will be a bit of a soft reboot.

Last night was a bit of a DC maelstrom of news. We got the release dates and official titles of Matt Reeves’ The Batman and James Gunn’s The Suicide Squad. Both movies will be hitting theaters in Summer 2021. Throughout all of the chaos a small tidbit surfaced about The Suicide Squad: the James Gunn-directed film will be some sort of relaunch with new characters and actors. Here are the characters I think James Gunn should introduce in his Suicide Squad movie. Hit Next to view all of my choices.