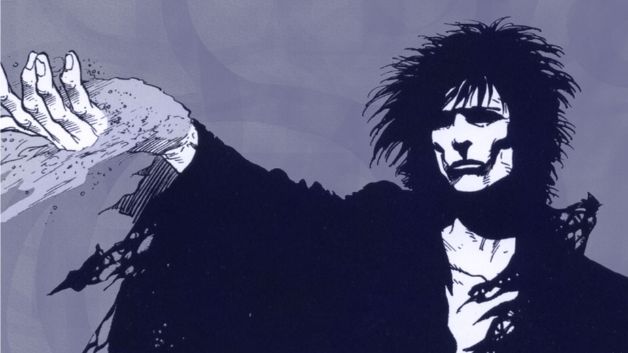 Netflix has released the official logline for the television adaption of Neil Gaiman’s Sandman.

Yesterday, Netflix officially picked up the Sandman series based on Neil Gaiman’s acclaimed comic book series of the same name. The first season of Sandman consists of 11 episodes and will be spearheaded by showrunner Allan Heinberg, who is also co-writing the first episode with Neil Gaiman and David S. Goyer.

Channing Dungey, VP, Original Series, Netflix, made the following statement on the partnership between the streaming service and the creative team that includes Neil Gaiman:

“We’re thrilled to partner with the brilliant team that is Neil Gaiman, David S. Goyer and Allan Heinberg to finally bring Neil’s iconic comic book series, The Sandman, to life onscreen. From its rich characters and storylines to its intricately built-out worlds, we’re excited to create an epic original series that dives deep into this multi-layered universe beloved by fans around the world.”

You can read Netflix’s official logline for Neil Gaiman’s Sandman below!

Wonder Woman co-writer Allan Heinberg serves as showrunner, writer and executive producer on Sandman. In addition to their duties as writers, Neil Gaiman and David S. Goyer are also on board as executive producers.

Are you excited to see Neil Gaiman’s Sandman come to Netflix? Share your thoughts in the comments section below!

Do you like the look of the Batmobile in Titans? Which concept art version is your favorite? Comment below!

The series continues this week with the episode titled “Asylum” and you can read the official synopsis below!

When The Messenger (recurring guest star REED BIRNEY) reveals that Rachel’s birth mother is alive and being held captive by The Organization in a mysterious psychiatric facility, Rachel is determined to rescue her. But once inside, the Titans are faced with their deepest vulnerabilities and fears.

Guest Cast: Rachel Nichols as Angela, Reed Birney as The Messenger and Rachel Crawford as Doctor.