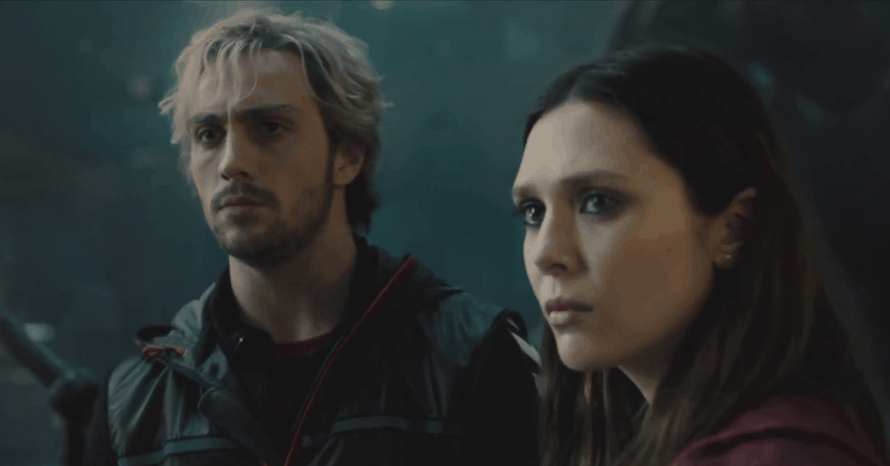 The Wakanda Files explores the Marvel universe in detail, and even provides an explanation for Scarlet Witch and Quicksilver’s MCU mutant powers.

There’s always been some question about Scarlet Witch and Quicksilver and their mutant powers in the Marvel Cinematic Universe, the films simply referred to to them as “enhanced” or “miracles.” While Aaron Taylor-Johnson’s Quicksilver only got to run through the MCU in Avengers: Age of Ultron, Elizabeth Olsen’s Scarlet Witch will next be seen in her own Disney Plus series, WandaVision. A rumor from earlier this year even teased the speedster’s return in the reality-bending show. But The Wakanda Files (a book compiled by Shuri about the world of the MCU) uses a Hydra doctor’s log to explore the true extent of the dyo’s abilities.

“After their initial exposure to the scepter’s energy, the twins show astonishing improvement. Their own tenacity, a shared abhorrence for Tony Stark and all that he represents, arouses them in ways others subjects never demonstrated. Perhaps that is why the other subjects failed and perished. They lacked conviction.

Pietro’s metabolism increases daily, as does his speed. We have clicked him at 400 meters per second. He has broken the sound barrier and grows closer to traveling at the speed of light by the day. Thermoregulation shows exponential generation of heat and energy, especially when he is moving at his peak velocity. Even when he is placed in an ice bath, his homeostasis remains consistent despite the freezing water. It would seem that the stone ionized his nervous system. He conducts an electrostatic current throughout his body, without any of the effect of electroporation. The resulting expansion of that energy is super-speed unlike anything exhibited by a human being.”

The book then explores Scarlet Witch’s abilities, noting that she hasn’t reached her full potential and that Loki’s scepter transformed her the hero’s nervous system with its energies. It then explains that neural-electric interfacing is what allows Wanda Maximoff to create that red energy from both her mind and her finger tips. Take a look below.

“Wanda’s continued progress is vastly different from her twin brother. Even I don’t believe this is the full extent of her potential. The stone similarly transformed her nervous system, but it has ionized and charged it in ways that have given her an extraordinary ability. Neural-electric interfacing allows her to create bursts of extreme energy using only her mind and the tips of her fingers. The manipulation of this energy permits her short bursts of levitation, in addition to a staggering weapon that only requires her bare hands.”

What do you make of the explanation behind their powers? Do you think Scarlet Witch and Quicksilver will be reunited in WandaVision? When do you think we’ll see mutants in the MCU? Sound-off in the comments!

Directed by Matt Shakman with Jac Schaeffer as head writer, WandaVision stars Elizabeth Olsen as Wanda Maximoff/Scarlet Witch, Paul Bettany as The Vision, Teyonah Parris as Monica Rambeau, Kat Dennings as Darcy Lewis, Randall Park as Agent Jimmy Woo, and Kathryn Hahn in an undisclosed role. Marvel Studios president Kevin Feige has said that the series will lead into the feature film Doctor Strange in the Multiverse of Madness.

WandaVision is set to premiere on Disney Plus in 2020. Stay tuned for all the latest news on WandaVision, Scarlet Witch, Quicksilver and the future of Mutants in the MCU, and be sure to subscribe to Heroic Hollywood’s YouTube channel for more original content.