Several months after the DC hero was briefly introduced towards the end of Titans season one, fans will finally be formally introduced to Joshua Orpin’s Superboy in next week’s episode. A new synopsis for the episode, titled “Conner,” has been unveiled and it reveals Lionel Luthor, who is commonly depicted as the father of Lex Luthor, played a key role in the past of Joshua Orpin’s Superboy:

“Conner Kent and Krypto escape from Cadmus Labs. His search for the truth about his past leads him to Lionel Luthor and genetic scientist Dr. Eve Watson.” 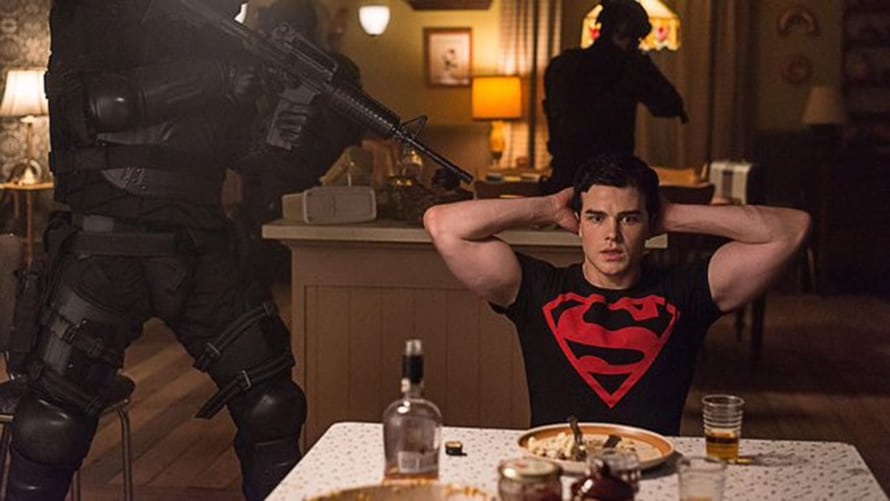 Here is the official synopsis for Titans season 2:

The series stars Brenton Thwaites as Richard “Dick” Grayson / Robin, Anna Diop as Koriand’r / Starfire, Teagan Croft as Rachel Roth / Raven, and Ryan Potter as Garfield “Gar” Logan / Beast Boy. Newcomers for its sophomore outing include Joshua Orpin and Esai Morales playing Superboy and Deathstroke, respectively, while Chella Man and Chelsea Zhang have also joined the cast as Deathstroke’s children. Natalie Gumede has signed on to play Mercy Graves and Game of Thrones star Iain Glen is on board as Bruce Wayne, a.k.a. Batman.

Along with the premiere of the first teaser for Doom Patrol, DC Universe also debuted a collection of character posters for each of the members of perhaps the strangest team of characters to be adapted in live-action form for DC Comics.

You can start the gallery of new posters by clicking “Next”.

Which of these Doom Patrol posters is your favorite? Are you excited to see what the cast brings to these roles? Sound off in the comments below, and be sure to continue following Heroic Hollywood for all the latest news in the DC Universe.

Here is the synopsis for the show:

“Doom Patrol will find the reluctant heroes in a place they never expected to be, called to action by Cyborg, who comes to them with a mission hard to refuse, but with a warning that is hard to ignore: their lives will never, ever be the same.”

Doom Patrol will premiere on February 15, 2019 exclusively on DC Universe.