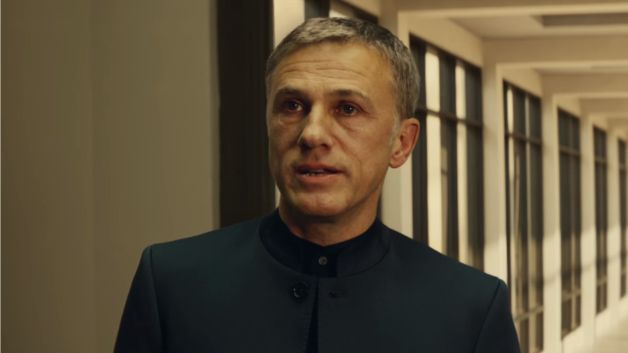 Christoph Waltz’s long-rumored return to the James Bond series may have just been confirmed by Daily Mail entertainment reporter Baz Bamigboye. According to Bamigboye, Christoph Waltz has arrived at Pinewood Studios to begin filming his scenes for Daniel Craig’s fifth and final outing as 007.

Best known for his work in the Quentin Tarantino movies Inglourious Basterds and Django Unchained, Christoph Waltz made his debut in the James Bond series in 2015’s Spectre. He plays Ernst Stavro Blofeld, the founder and head of the criminal organization SPECTRE.

Exclusive:Hello Mr Waltz… we’ve been expecting you.#ChristophWaltz is back as #Blofeld in ⁦@007⁩ #Bond25 , shooting scenes at Pinewood studios . When a visitor spotted him , Waltz insisted , “You haven’t seen me.” pic.twitter.com/g1X91cEJbf

An official synopsis for the movie dropped this past April, revealing what Daniel Craig’s James Bond has been up to since the closing moments of Spectre. You can check it out below.

Daniel Craig made his debut as 007 in 2006’s Casino Royale and then reprised the role in three more movies — Quantum of Solace, Skyfall and Spectre. Bond 25 will mark his final outing as the iconic spy. Neal Purvis, Robert Wade, Scott Z. Burns, Phoebe Waller-Bridge and Fukunaga worked on the Bond 25 script.

Filming is currently underway at Pinewood Studios in the United Kingdom. Additional filming locations include London, Jamaica, Italy, and Norway.

James Bond 25 is scheduled to be released in theaters on April 8, 2020. Stay tuned for more updates on the project.

The hi-res images range from stills to behind the scenes photos featuring directors Zack Snyder and David Ayer working with cast members including Gal Gadot as Wonder Woman and Will Smith as Deadshot. In addition to the new images of Jared Leto’s Joker, a new image of Gadot as Wonder Woman in her own standalone film is included among the hi-res stills.

You can check out the images in the gallery below.

The DCEU continues this month with Aquaman which is now playing and will be followed by Shazam! on April 5, 2019, Birds of Prey (And The Fantabulous Emancipation of One Harley Quinn) on February 7, 2020, and Wonder Woman 1984 on June 5, 2020. A standalone Joker film set outside of the DC Films universe starring Joaquin Phoenix as the Clown Prince of Crime is also set to hit theaters October 4, 2019.

From Warner Bros. Pictures and director, James Wan comes an action-packed adventure that spans the vast, visually breathtaking underwater world of the seven seas, “Aquaman,” starring Jason Momoa in the title role. The film reveals the origin story of half-human, half-Atlantean Arthur Curry and takes him on the journey of his lifetime—one that will not only force him to face who he really is, but to discover if he is worthy of who he was born to be… a king.

Aquaman is now playing. Stay tuned to Heroic Hollywood for the latest news on the future of the current DC cinematic universe as we learn it.