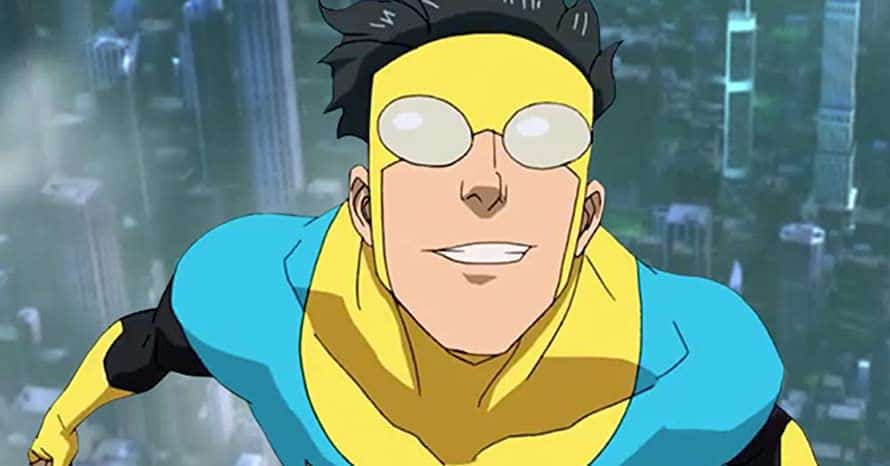 Ahead of tomorrow’s Invincible season one finale, Amazon Studios has renewed the animated comic book series for two more seasons. Invincible co-creator and executive producer Robert Kirkman shared his excitement about the renewal in a statement:

“I’m extremely thankful to Amazon for the support and dedication they’ve put behind Invincible. The comic book is truly a love letter to a genre that Cory (Walker) and I grew up reading and loving, and it’s been a gratifying journey to watch our characters come to life again through the animated series. We’re beyond excited to continue this story for at least two more seasons.”

“‘Invincible’ is a crowning example of how a fresh and edgy approach to the superhero genre can resonate with audiences around the globe and we’re so glad that ‘Invincible,’ one of our earliest investments in the adult animation genre, has accomplished just that. Robert’s no-holds-barred storytelling coupled with a first-class voice cast delivered on fans’ wildest expectations and we’re thrilled to be giving them more ‘Invincible.’”

Details regarding the next two seasons of Invincible are being kept under lock and key. The eight-episode first season was produced by Skybound. Kirkman, Simon Racioppa, David Alpert Catherine Winder served as executive as producers, with Jeff Allen on board as supervising director.

Here is the official synopsis for the Amazon Prime Video series:

INVINCIBLE is an adult animated superhero series that revolves around 17-year-old Mark Grayson (Steven Yeun), who’s just like every other guy his age — except his father is the most powerful superhero on the planet, Omni-Man (J.K. Simmons). But as Mark develops powers of his own, he discovers his father’s legacy may not be as heroic as it seems. From Robert Kirkman, the creator of The Walking Dead. Coming to Prime Video in 2021.

The finale pisode of Invincible season one premieres this Friday. Stay tuned to Heroic Hollywood for the latest news regarding the Robert Kirkman adaptation and make sure to subscribe to our YouTube channel for more content in the future!