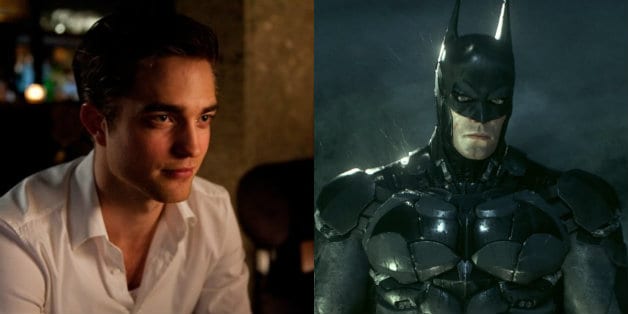 See Robert Pattinson’s replace Ben Affleck as Batman in an Arkham Knight style Batsuit for The Batman in this stunning new image.

Robert Pattinson was cast to replace Ben Affleck as the DC Extended Universe’s live-action Bruce Wayne. He will star as the Caped Crusader in the upcoming Matt Reeves movie The Batman. Fans have been envisioning how he’d look in the cape and cowl and this image gives us a peek at what Robert Pattinson could look like at Batman. In this image, he dons the Arkham Knight Batsuit:

So what do you think? Do you like this Arkham styled Batsuit? Are you a fan of the Arkham series? What other suits do you like besid Let us know in the comments below!

Robert Pattinson is best known for his role as Edward Cullen in the Twilight series. Before that, he also portrayed Cedric Diggory in the Harry Potter franchise. Since those roles, he’s starred in a number of other films, including playing a shady bank robber in the movie Good Time. Now he will star as Bruce Wayne in the upcoming film in 2021.

Plot details for The Batman are currently under wraps. Previous rumors once pointed to an earlier version of the script featuring Ben Affleck bookending the film as his current Batman while the film introduced a younger version of the character. But with Ben Affleck retired from the role, Robert Pattinson has officially replaced the Batman v Superman and Justice League star as the DC Extended Universe’s live-action Bruce Wayne.

Matt Reeves’ The Batman is one of the many projects currently being developed by Warner Bros. and DC Films. The list also includes The Flash, Green Lantern Corps, Black Adam, Shazam 2, Supergirl, Aquaman 2, The Trench, Blue Beetle, Plastic Man, and New Gods.

The Batman arrives in theaters on June 25, 2021. Stay tuned for more updates on the project and the future of the DC Extended Universe.

Stay tuned to Heroic Hollywood for more news on Robert Pattinson and The Batman.