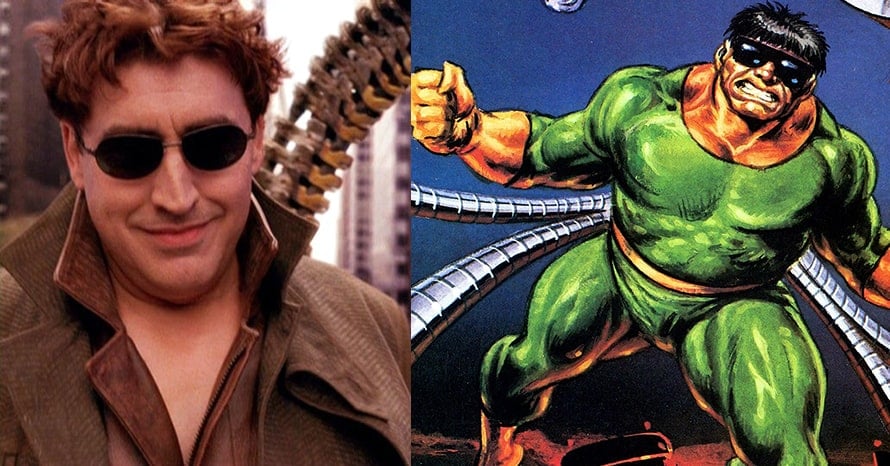 Alfred Molina suits up in a classic Doctor Octopus costume for Tom Holland’s Spider-Man: No Way Home in a new concept design.

Tom Holland’s Spider-Man: No Way Home is shaping up to be one of the most fascinating projects in the Marvel Cinematic Universe, with many audiences hoping to see the return of Tobey Maguire and Andrew Garfield in the film after reports swirled online about their role in the film last year. But interestingly, Alfred Molina’s Doctor Octopus and Jamie Foxx’s Electro are both also set to return as their respective villains.

In recent news, Zendaya confirmed that she’s worked with the star, revealing that he’s been lovely to work with. When audiences last saw Alfred Molina as Doctor Octopus, the villain didn’t don his classic green and yellow suit for Spider-Man 2 – instead battling Tobey Maguire’s Wall-Crawler in a long overcoat. But a new design from ‘awedope.arts’ on Instagram gives Molina a costume which would look right at home next to the rest of the characters in the Marvel Cinematic Universe. This armored design definitely gives Doctor Octopus a huge upgrade for his role in the upcoming Tom Holland sequel. Take a look at the Alfred Molina redesign below.

How do you think Alfred Molina will return as Doctor Octopus in Spider-Man: No Way Home? Do you think we’ll see a rematch between Molina and Maguire? Sound-off in the comments below!

Spider-Man: Far From Home is now available on Digital HD, 4K Ultra HD Blu-ray, Blu-Ray, and DVD. Stay tuned for all the latest news regarding Alfred Molina, Doctor Octopus and the Marvel Cinematic Universe, and be sure to subscribe to Heroic Hollywood’s YouTube channel for more content.